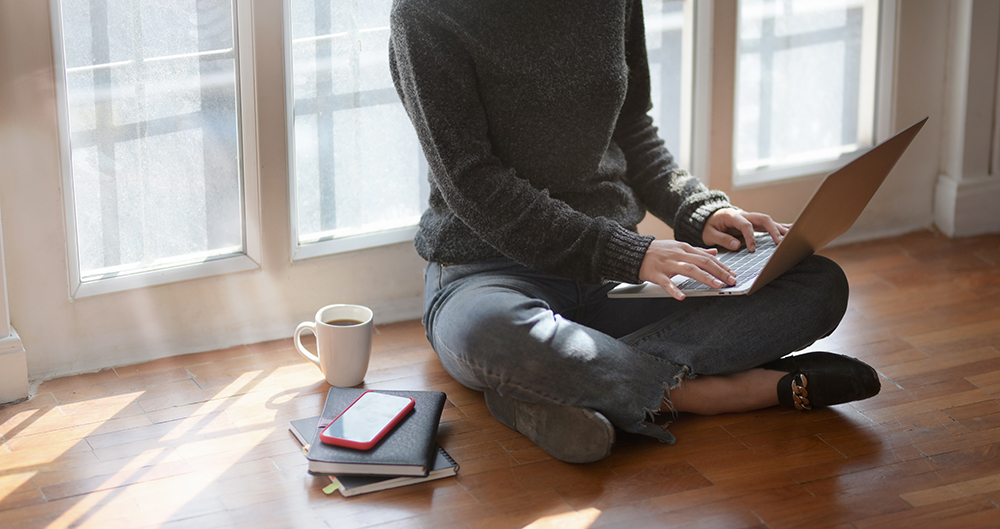 March 11th marked the day in Hoboken when our lives began to change due to covid19. Life just hasn’t been the same since. For some, the change has been devastating, others are finding ways to cope but it’s not easy. Social distancing, financial hardship, and health concerns have all impacted our community and nation in various ways.

How have people been dealing with everything? How are they managing their spiritual, physical, and emotional health? What is life like right now and how will things be when they begin to shift back to normalcy? We recently interviewed some members of our Hoboken Grace family to check-in with them and see how their daily lives have changed, how they’re coping, and how they are finding ways to connect in this unprecedented time.

Christen is a married resident of Bayonne. Christen works as a Client Analyst for AYCO, a division of Goldman Sachs. Her Husband Brett works for FEMA and is often deployed to different disaster zones around the US and its territories. In the early stages of the Corona Virus crisis when New York State was being inundated, Brett was deployed to Albany to help with the on-the-ground response. When her office moved to remotely working in the middle of March, Christen took advantage of the opportunity to join Brett on his deployment and went to Albany to be with him. She has been up there ever since while Brett deals directly with the disaster as a front-lines worker. Separated from family, friends, and home, and living in an extended-stay hotel, Christen’s life has been altered. She spoke about the changes and what it’s been like balancing her work, health, and spiritual rhythms all while being the wife of a first responder who is working 12-hour days on the front lines.

Story Team: What has your work life been like during this time, have you suffered any cutbacks or loss of income?

Christen: Initially there was concern that those of us who work in my role at the various locations wouldn’t be able to adopt a work-from-home model. What we do is very hands-on with the clients and they weren’t sure it’d translate with that and all the mailing, physical data, and printing we do. However, they’ve actually seen an increase in productivity and were impressed how well we were all able to handle the transition. I think it may change the flexibility in my role going forward and possibly offer more chances to work from home in the future when things return to normal.

Story Team: What has it been like for you as the wife of a first responder? You’ve gotten to witness first hand now, for the first time what his job is like and his stress and responsibilities during a disaster deployment. Are you concerned for his safety and has it altered your perception of what he goes through?

Christen: I think it’s been a better situation than we expected. It was a huge stress reliever for me to get out of New Jersey and come be with him. Our concern for him was what work/life balance would look like when he’s working 10-12 hour days.
Even though my time with him is limited, it’s more than it would have been when he’s deployed as I normally don’t get to join him. I’ve also learned a lot. Usually we FaceTime when he’s working a disaster and now, he gets to come home to me. It’s changed my perception of what he does, I appreciate it more and see how mentally taxing his job is.

Story Team: What has the change in your daily routines and work-life been for you, especially since you’re in a hotel and not your home?

Christen: It’s made me appreciate the little things, like I miss having an oven! I never thought I’d say that but I miss it. I have a better office situation working here than I would have had at home but I definitely didn’t bring enough stuff to occupy my non-working time. I’m trying to keep as much of a normal routine as possible. I don’t have a commute anymore so during that time I’m using it as my personal time. Normally when he’s travelling, we use my morning commute as a chance to connect so we use the same time to connect now. We also try to eat and do our regular activities in the normal timing as much as possible. I still try to work the same hours and wake up at about the same time.

Story Team: What are you doing for your spiritual health and routines? Are you scheduling time for God?

Christen: I found that it’s not been as consistent. In the beginning, I wasn’t sure where to fit that in but now I’ve begun to adjust. When you’re used to how you fit things in and your schedule is disrupted, it takes a little bit of time to get a new rhythm. I usually have about 1-11/2 hours between when I finish work and Brett finishes so I use that time now. It would have been by commute home before but now I use that time to connect with God.

Story Team: You’re in a dinner group, what has the connection been like doing virtual group versus in-person? With Brett travelling so much you often come to group alone, but now you both get to attend virtually. Has that been worth the trade-off from the in-person group?

Christen: It’s fun to get to experience this new scenario of virtual dinner group with Brett as he’s normally unable to join when he’s deployed. It makes us both appreciate it more when we do get to connect to the group in person. The virtual option has been great to keep the routine consistent but it makes you miss the opportunity to come in person.

Story Team: You serve on the Hospitality Team. What has been the loss there for you, not being able to serve and how are you still connecting to your team right now?Christen: For my team it’s been a big change to not be able to serve and love on our community in the same way. It’s a big loss of who we are and what we do, so it’s a big shift. We still have two virtual team huddles every Sunday, we pray for the services before they start and when they’re done, we all pray together.
We’ve been discussing how we can stay connected to serve better and what our vision will look like when we come back together. We’ve also been discussing what things will look like when we have service again and what changes and safety measures we may take for hospitality when we finally get to open again. We’re open-ended right now as we don’t know what will happen in the future or what will specifically be needed, but we’re talking about it. The great thing is we are at least staying connected with huddles and virtual team parties.

Story Team: What do you think things would be like for you right now if you weren’t connected to a dinner group or a team?

Christen: Honestly, really lonely. I think it keeps me grounded and gives me a sense of routine and normalcy too. You can have friends and family you’re connecting with, which is obviously very much needed, but I think because the Hoboken Grace family is so much a part of Brett and my everyday family routine, we see them more than we see our family and other friends, so it makes us feel so supported to connect with our church family still.

Story Team: What about connecting with them makes you feel the most supported?

Christen: I think it’s just being able to see everyone and talk with them about how we are all sharing this really unique situation and all having to figure out the new normal were transitioning to. It also helps you not wallow in your own struggles.

Story Team: Speaking of struggles, you have a personal family struggle right now. Your sister and her husband have had the adoption of their son put on hold with the courts shutting down and on top of that, your brother-in-law lost his job due to cutbacks as a result of the virus. What has that been like for you not being able to support them directly and having to watch them go through that?

Christen: The timing was pretty uncanny. They were supposed to have had their adoption finalized by now and have his dedication at their church in April and we had already scheduled travel plans to attend but all of that got put on hold. We were all really looking forward to that so it was hard. I’m still connecting with them and my nephew a lot virtually but it’s sad. Also, with my brother-in-law losing his employment it makes them concerned if he will secure new employment and not disrupt their finances and impact the adoption in any way. The only blessing-in-disguise is that they have a lot of time together as a family they normally wouldn’t get with their work schedules. My brother-in-law has gotten to be a full-time dad and see what that is like which he has loved, and he was able to get unemployment quicker than most, so God has taken care of them.

Story Team: Have you missed quarantining away from home and not being in your community right now?

Christen: When we first got up here it was like we had moved again as I had to get used to the new area. The nice thing is Brett has his work team up here with him so they had adopted me into their community and I have been able to connect with them. I miss home but it’s been ok. It’s been weird to be disconnected from what’s going on back home and living vicariously through my friends in Hoboken.

Story Team: What is the biggest takeaway you’ve learned from this whole experience?

Christen: I think I’ve learned to look for the positive even though there’s been aspects of this situation that have not been ideal. Living in a hotel right now isn’t ideal but I have enjoyed being with Brett. Being with a community of Brett’s co-workers has been a blessing. Having a dinner group to look forward to meeting with every week is great. It doesn’t matter how we’re meeting; I still look forward to it. So, I’m learning to find the positives in those little moments.

Story Team: What’s the first thing you want to do when life gets back to normal?

Christen: We’re just dying to get back to normal and seeing our friends and go out in the community. I also really miss my team and I can’t wait to get back to serving with them and seeing them in person on a regular basis. We just miss people and have just been so focused on our four walls so we’re looking forward to getting back out there in the world again!

Since this interview Brett’s deployment has ended and they were able to return home. Also, Christen’s brother-in-law found a new job and they found out that their adoption would go through virtually in June. Christen and Brett are back in Bayonne working from home and waiting for things to get back to normal.