TEAMS is a monthly series that celebrates the talent and impact of those who serve at Hoboken Grace.

Before moving to Hoboken several years ago, Kristen prayed that she and her husband Eric would find a community that embraced them.

“I had my reservations that Hoboken was going to be, like, everyone had their set group of friends and nobody has room for me,” Kristen says. “But I feel like God delivered in the form of dinner groups right away and gave us a community of people who genuinely cared about us, people who were going through similar life circumstances that we were.”

And in response to that answered prayer, Kristen says, she and Eric began to feel a nudge to start serving at Hoboken Grace. Eric was approached by several members of the First Impressions Team and soon began helping with set-up.

“I enjoyed that experience for the fellowship that it provided in the morning,” he says. “Sure, you’re carrying things, setting up things, but it was a group of people who I got to know a little bit more and who became a part of my Hoboken Grace experience.”

Kristen, meanwhile, joined the hospitality branch of First Impressions. It wasn’t without reservations, though; her role meant getting up at 6 a.m. each Sunday to be at church by 7. But she soon realized she was almost never tired on those mornings.

“I was always so excited to be there, and to serve alongside my husband, and just to be there to build into First Impressions, other volunteers, but also the Hoboken Grace community,” she says. “It’s been a great experience.” 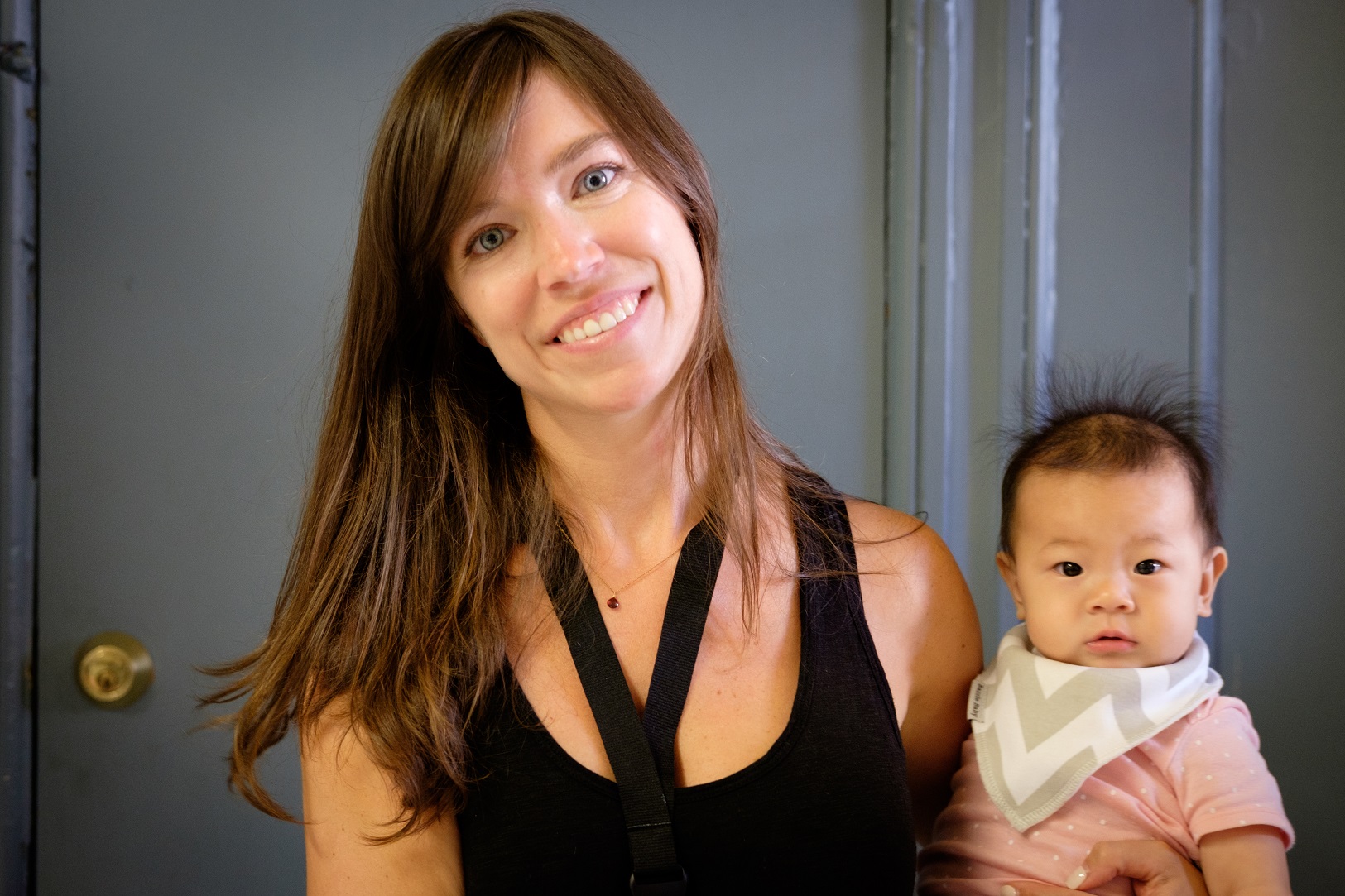 Their roles have evolved since those first few Sunday mornings. The hours, responsibilities and even location have changed (Kristen and Eric led the First Impressions Team at Hoboken Grace’s former Uptown location). But now more than ever, their job is to help people find community ㅡ just as they did when they moved to Hoboken.

You’ll find them most Sunday mornings at Hoboken Grace’s Connection Point tables, welcoming newcomers, pointing out the coffee and doughnuts, and answering questions about dinner groups, impact teams and other ways to get involved. Kristen serves as the Connection Points leader, and Eric splits his time between Connection Points, set-up and tear-down.

They see the First Impressions Team as an opportunity to use the gifts that God gave them. Both have outgoing personalities, a trait they’ve honed while working in sales. Meeting new people, making them feel comfortable and carrying out long conversations on Sunday mornings allows them to use their gifts, Kristen says.

But there are roles on First Impressions that suit other character traits, too, Eric says.

“You can challenge yourself and step out of your comfort zone, or if you’re a person who’s a little more reserved, or not as outgoing, the set-up team is a great behind-the-scenes way to do that, or just replenishing the refreshments,” he says. “For those who are a little more naturally outgoing, Connection Points, greeting ㅡ there’s a place for everyone who’s interested in getting involved.”

Kristen says First Impressions is for anyone who can identify with being a newcomer ㅡ as she did when moving to Hoboken and attending Hoboken Grace for the first time. It’s for anyone who’s looking to help eliminate that feeling for others, whether through feeding people, creating a comfortable and inviting space, or just pointing someone in the right direction.

“We need all those parts to join together in order for Sunday to happen,” she says. “So anybody who can identify with that feeling and wants to make people feel welcome, First Impressions is for them.” 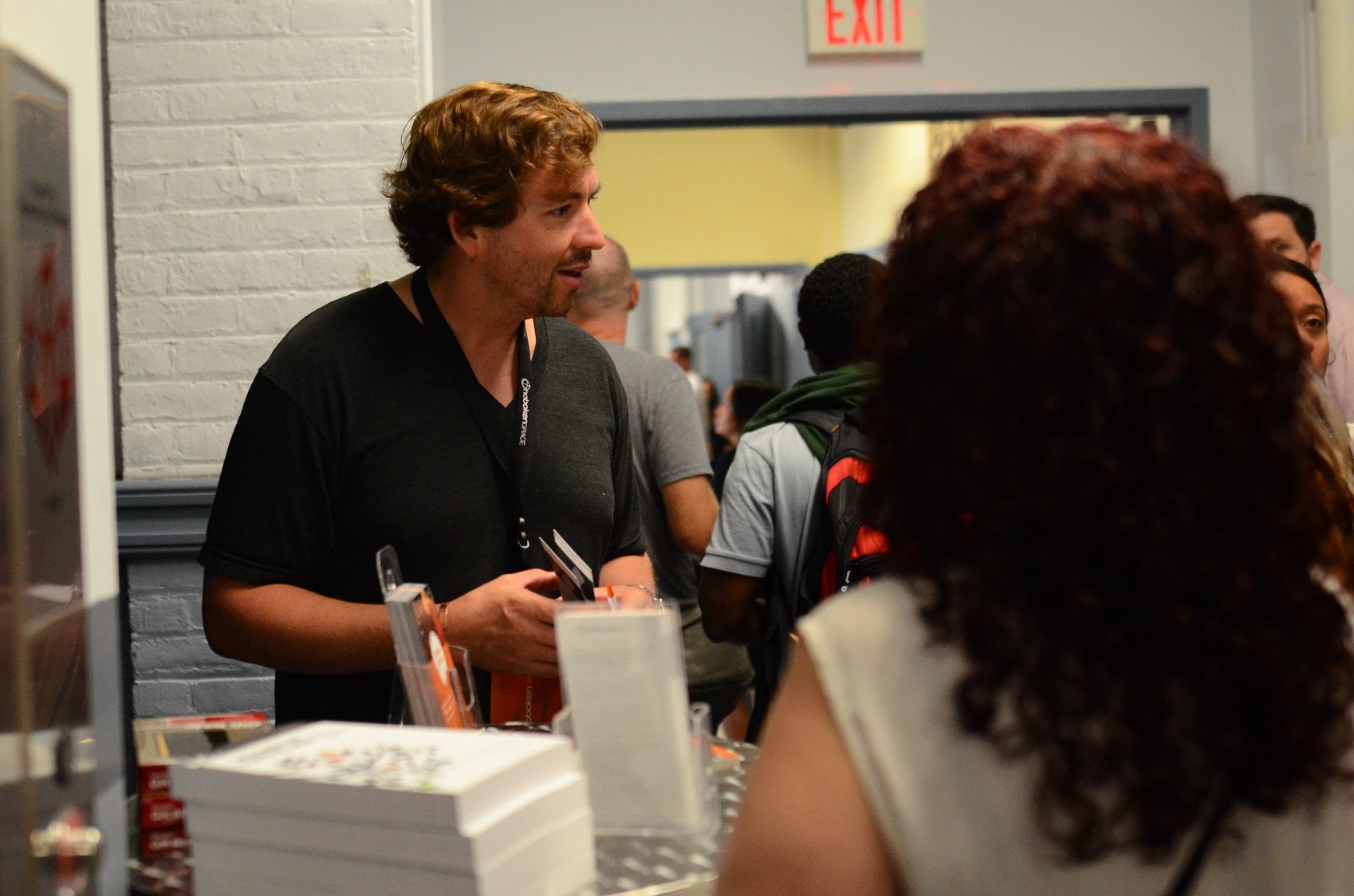 Mission: Ensures that every person who joins us on Sunday morning feels like they’ve come home.

The commitment: Serves on Sunday mornings.

How you can join or find out more information: Email anthony@hobokengrace.com.

Want to learn more about serving on a team at Hoboken Grace? Attend our Engage class this Sunday from 11 a.m. – noon. You can also join a team here.