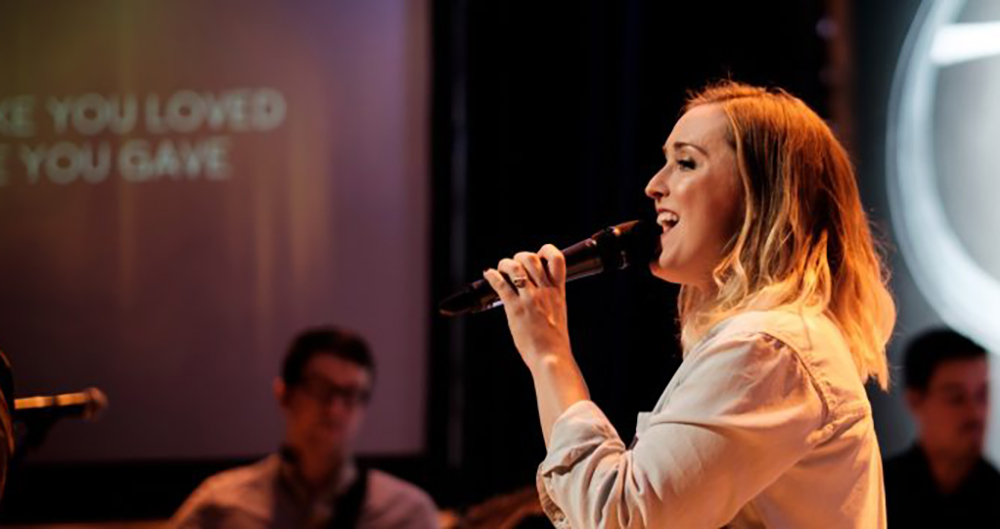 Night had already come, but the streetlights stayed dark. Hurricane Sandy had hit just the week before, and Hoboken was only starting to recover. So it was dark when Dana got into her car to pick up her husband. And it stayed dark as her car idled in miles of traffic, going nowhere.

As she often did when she was alone in the car, Dana began to hum. And as she hummed, she looked around the city, at the literal destruction surrounding her, and thought about the times in her life when everything seemed to fall apart and she had no idea where to go next.

Then the words came:

When the lights go out, when my heart gets loud
when I cannot see in the dark
You will be my eyes, you will guide me home
for you know my heart.

Over time, those first few words evolved into a song. They eventually became key lyrics in the title song to Hoboken Grace’s first album, “Out of the Dark.”

After Dana shared her song with the Worship Team, other members of the team began to bring in songs they’d written, too. And as people started bringing in their work and asking about the songwriting process, Dana realized there was an interest in writing about what was happening at Hoboken Grace. She decided to encourage that interest by setting the goal of creating an album.

The Worship Team began holding 24-hour retreats to focus on writing songs. Dana booked cabins in the woods and gathered anyone from the band or Production Team to join in the writing process. For the first retreat, the team traveled to upstate New York and spent a day and a half praying, asking God to put words into their hearts. After they worshiped together and spent time with God, they came back together and found that they were sharing the same thoughts. 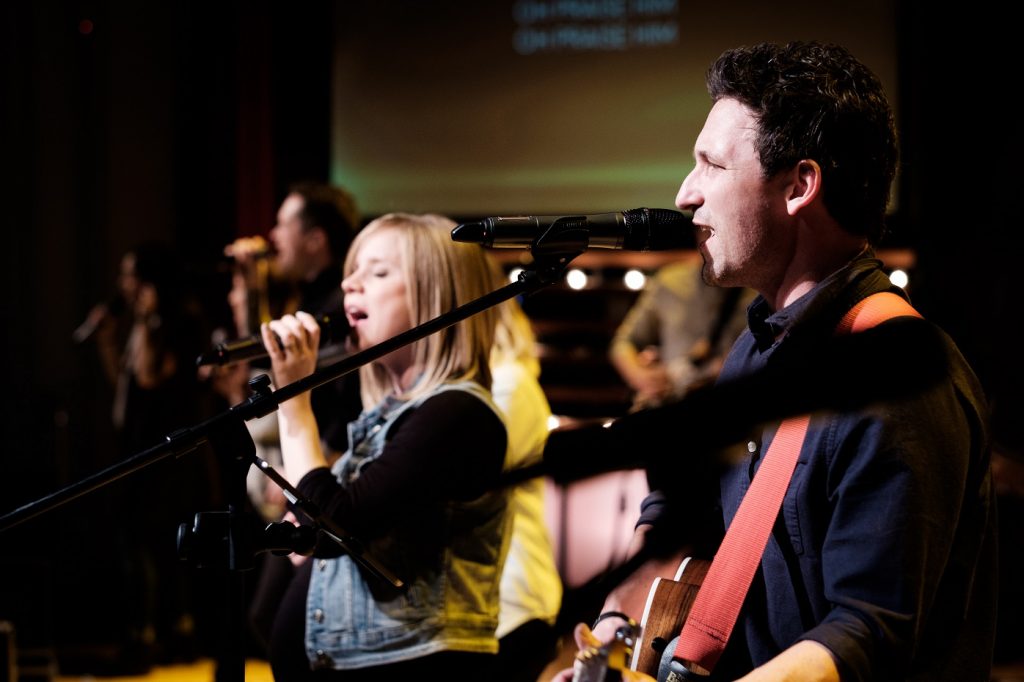 “We had a theme of seeking our worth in this world, but laying that down and finding our identity in Him instead,” said Liz.

The team started working with this theme, humming, writing a verse, playing the guitar or piano. At one point they got stuck, but then Hannah mentioned she had written a chorus a long time ago but never finished. She sang it for the team, and the chorus wound up fitting with the verses that had already been written. That song became “Only You.”

“That’s my favorite song,” said Liz. “It’s very relatable for our community, where we live so close to New York City and we’re so focused on work and relationships that we lose sight of God.”

The team agreed that they didn’t want the song to sound happy.

“We wanted to encapsulate a struggle, to express that following God doesn’t mean it’s always roses and rainbows,” Dana said. “There can be both good and bad at the same time.”

No two writing retreats have looked the same. Once, the team split up into several small groups and wrote songs separately; another time, the team wrote one song together as a group. At a separate retreat, Dana gave the team only one hour to write a song — “and it ended up being a really good song!”

The writing retreats culminated in a concert last year. The Worship Team sang the songs they had written, along with songs that have become anthems for Hoboken Grace as a community, and intentionally recorded everything live.

“You can hear the crowd in the recording because we wanted the album to belong to the church,” Dana said. “This is our album. These are our songs. This is our story.”

Hoboken Grace is planning to release the album on Feb. 23, and will hold a concert that night to celebrate the release. You can get your tickets for the concert here. 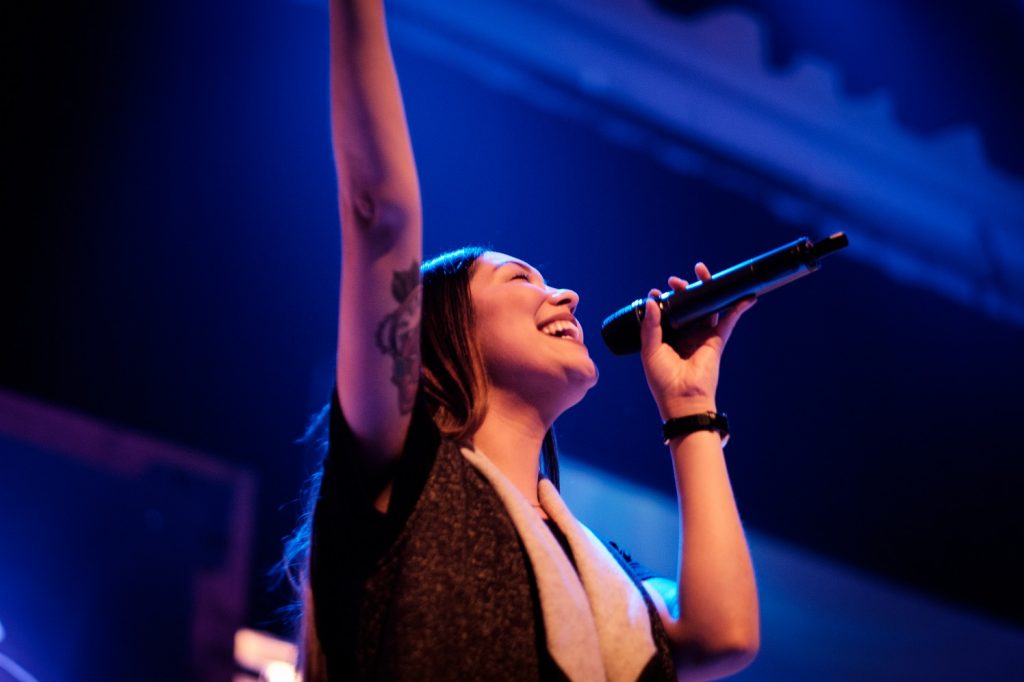