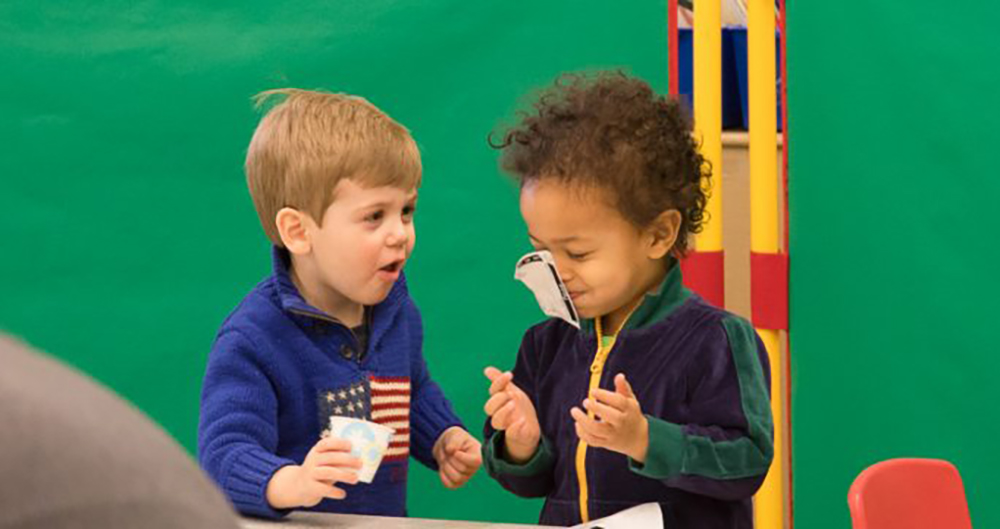 Well, no. But, there are ways you can start preparing. Kristen and Eric share their experience with the NINE class.

After being married for several years, Kristen and Eric decided the time had come to finally start a family. Already very active at Hoboken Grace, they decided to take NINE, a class about becoming a parent, based on a friend’s recommendation.

“Nine is a class series which helps prepare soon-to-be parents for the journey of parenthood with both practical and spiritual advice, accompanied with wisdom from Chris as a pastor and a parent,” says Kristen, who dove in during her second trimester while pregnant with her son, William.

NINE the perfect class for those currently expecting. NINE was built to mentally prepare and give practical information to those soon-to-be parents, but most importantly, teach the role of discipleship through God and His teachings.

“Learning the Biblical principles that support practical parenting decisions has allowed us to confidently establish our strategies regarding sleep training, discipline and discipleship,” Eric and Kristen say.

Speaking of sleep, any parents or parents-to-be out there? One concern we have heard is that parents are worried about the lack of sleep they will endure when starting a family. Thankfully, NINE addresses this topic, teaching that it is important for both the baby and the parents to be able to sleep as much as they can. In return, it allows the parents to be the best they can be. The method Pastor Chris goes over is called the Babywise Method, which Kristen and Eric have found to be successful.

“Sleep is an absolutely crucial part of life for both parents and growing children. Because of Babywise, our son, William, receives the sleep he needs on a daily/nightly basis. And as such, we receive the sleep we need to be the best parents we can be to him,” states the happily refreshed couple.

NINE will start up again this June with as many as 12 couples in this intimate, six-week class. If you or someone you know is expecting, Kristen and Eric, along with others, agree that this is a must-take class.

If you too want “an enriching experience prior to becoming a new parent,” then wait no longer as registration fills up quickly!