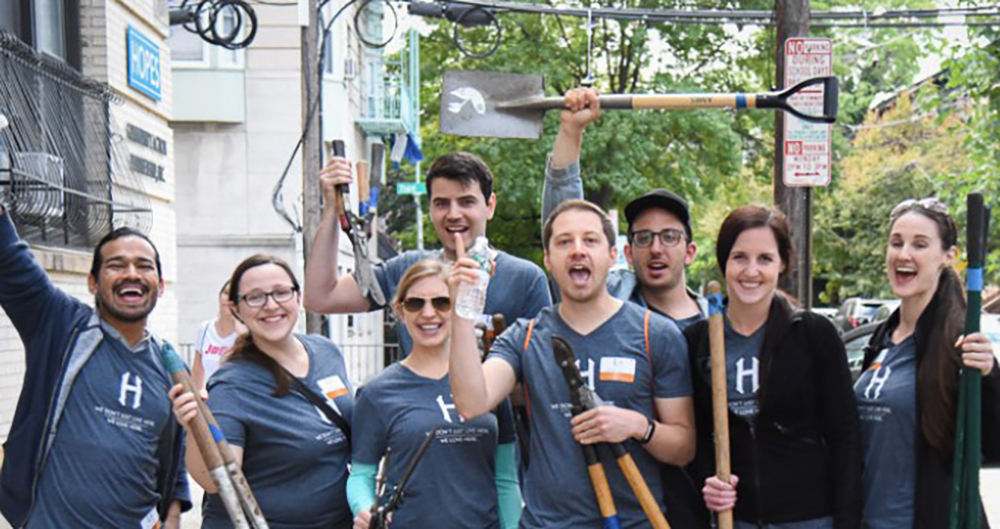 Seven years after 1Day launched, it’s still incredible to see the impact of one day (or three hours, really) of service. It’s amazing to see what can happen when community members come together, sharing the goal of loving their neighbors.

With 400 volunteers and 36 projects, this was the biggest 1Day yet! But it wasn’t just about what was accomplished. This year’s volunteers worked with more organizations than ever before, reaching nearly every block in Hoboken. They not only cleaned parks and painted walls, but also served local businesses, schools, churches and nonprofit organizations.

Here are seven reasons why it was the best 1Day yet. 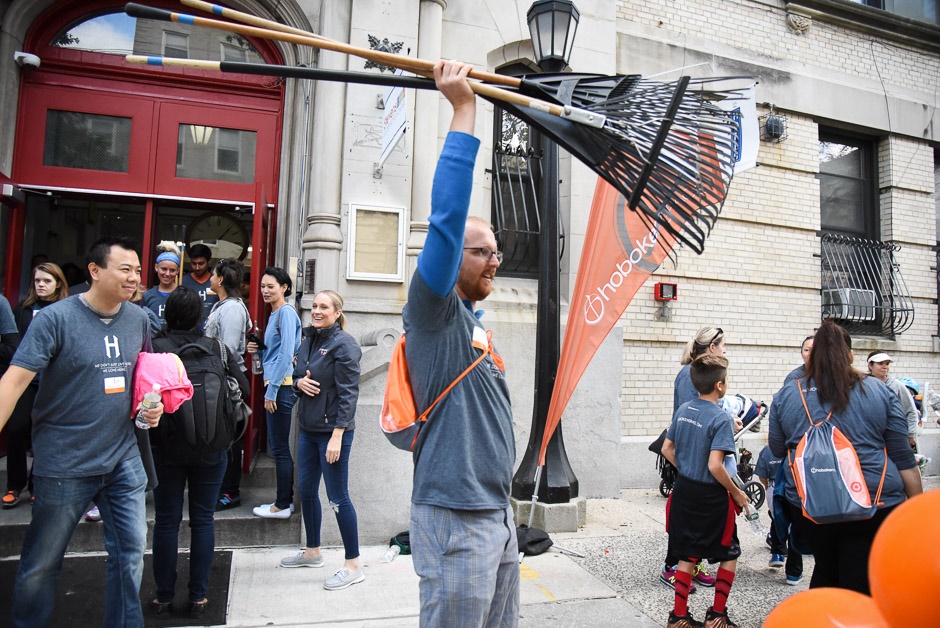 1). Everyone brought their A-game

Volunteers brought their friends, their family and their neighbors. But they also brought a great attitude!

“It was awesome to see how dedicated and excited this year’s volunteers were,” said Anthony, Hoboken Grace’s outreach director. 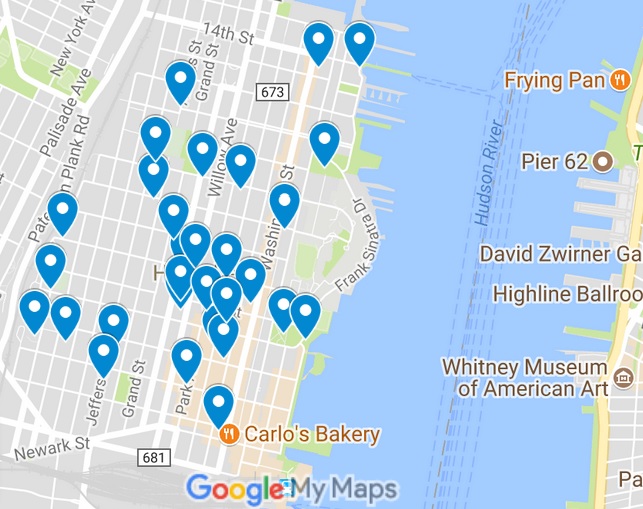 2). The projects were all over the map

After meeting at 301 Garden, volunteers spread out across Hoboken, with projects in every corner of the city and on nearly every block. That included more than 100 volunteers who spruced up five parks across the city, raking, weeding and wiping down park equipment. 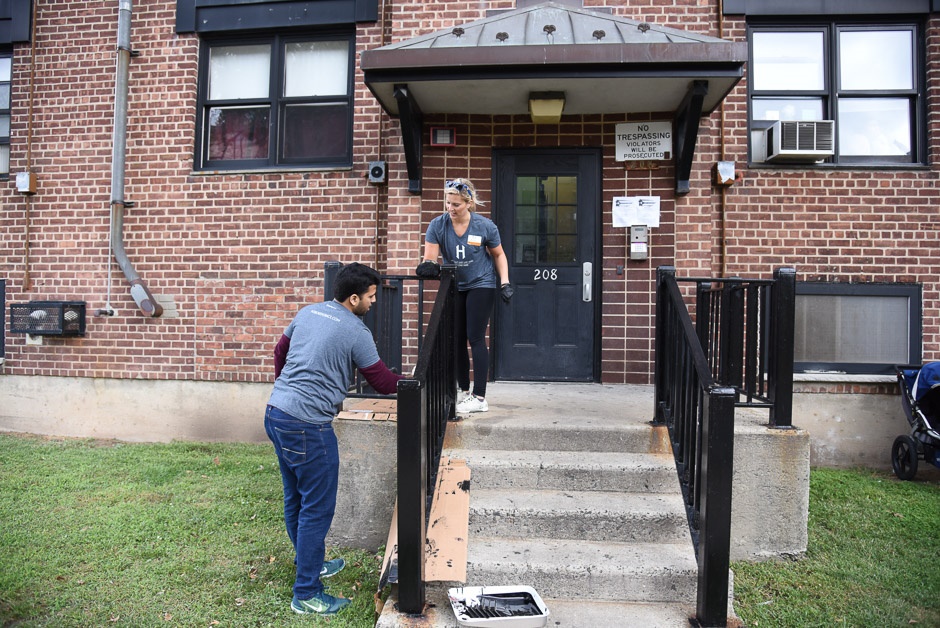 Nearly a third of this year’s projects took place in Hoboken Housing Authority facilities. Volunteers painted two community rooms, touched up doorways and hallways, and did some groundskeeping at six buildings.

“It’s just been a wonderful day today,” Marc Recko, executive director of the Hoboken Housing Authority, said on Saturday. “Right now I’m standing in the middle of a transformed community room. We couldn’t be more grateful that everyone’s here working hard. There’s a great spirit of camaraderie and fellowship that just can’t be duplicated.” 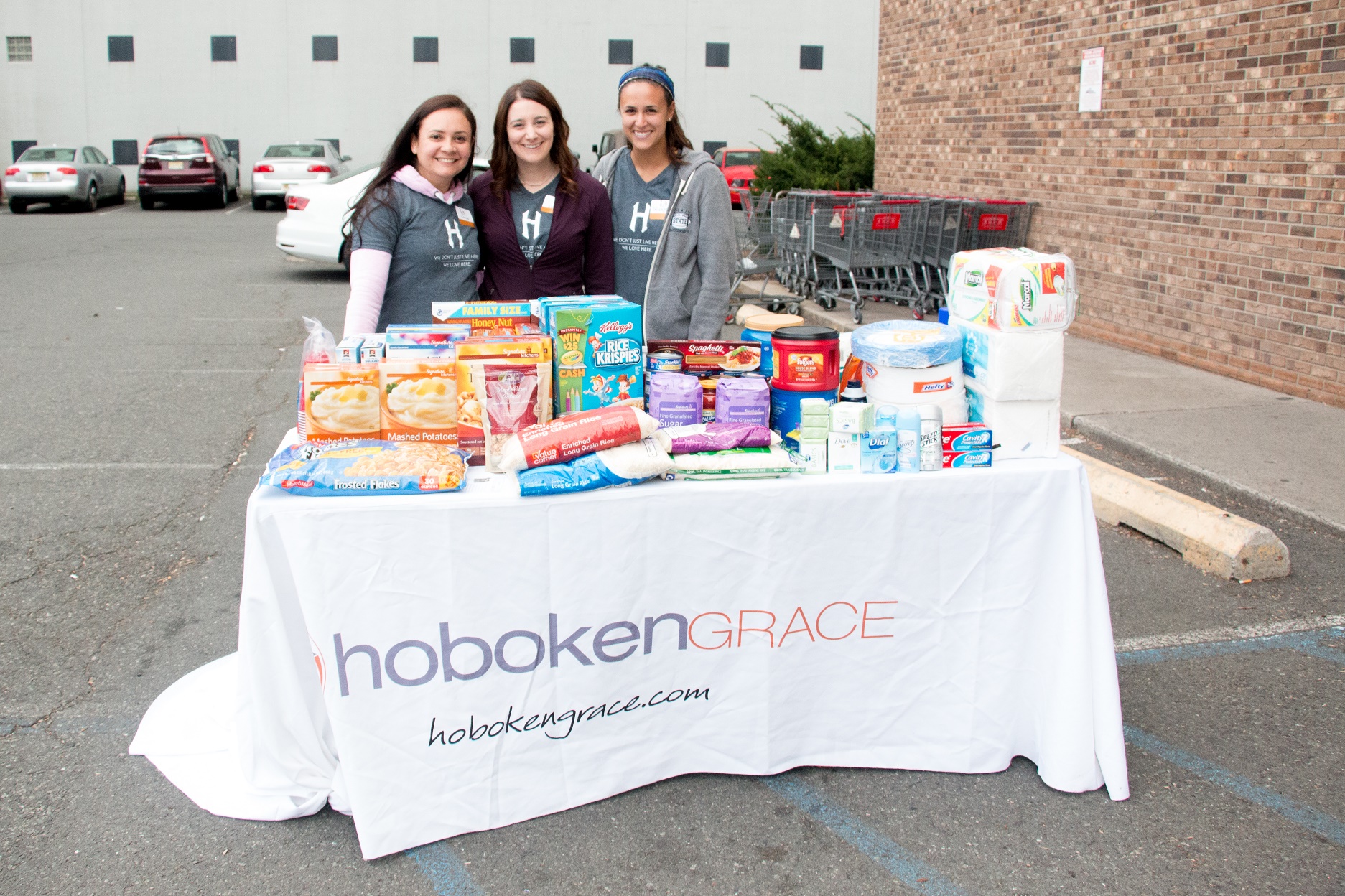 Several of the organizations volunteers worked with are longtime partners of Hoboken Grace, including In Jesus’ Name Charities and The Hoboken Shelter. Interested in supporting these organizations in the future? Hoboken Grace’s Donation Tables Team collects food for both organizations once a month. You can also help serve lunch or dinner at the shelter throughout the week. 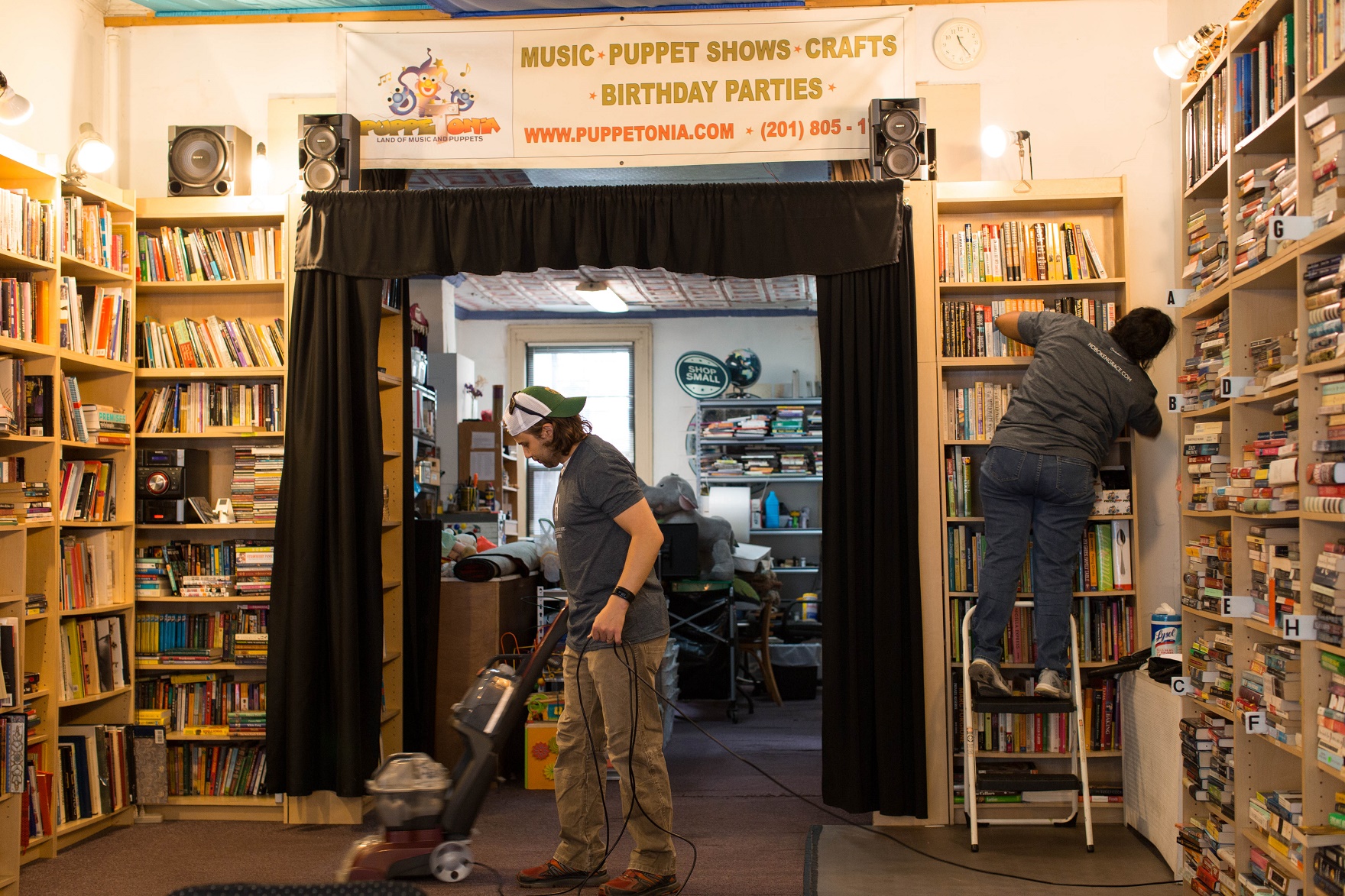 Nearly half of this year’s projects involved organizations that weren’t a part of 1Day last year. That included several local businesses, such as the Symposia Bookstore & Community Center, pictured above. Volunteers also assembled and delivered baskets for local business owners. It was great to see volunteers build these new relationships! 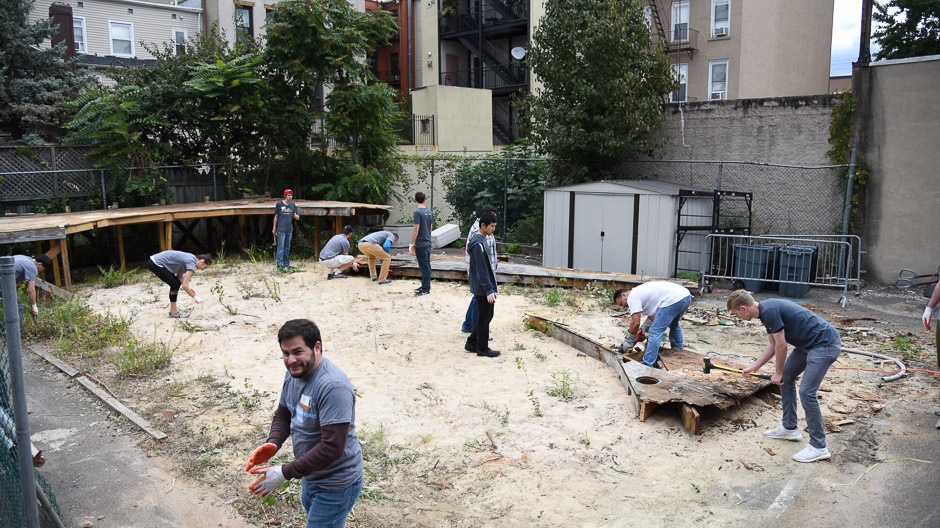 6). An entire deck, hauled away

One of the biggest projects involved removing a pool deck in the back of the Boys & Girls Club building, where the staff and kids sit during break time and where the children play.

“I really appreciated all the help and work that was put into making our yard safe for the children again,” said Deloris Gibson, director of the Hoboken Boys & Girls Club. 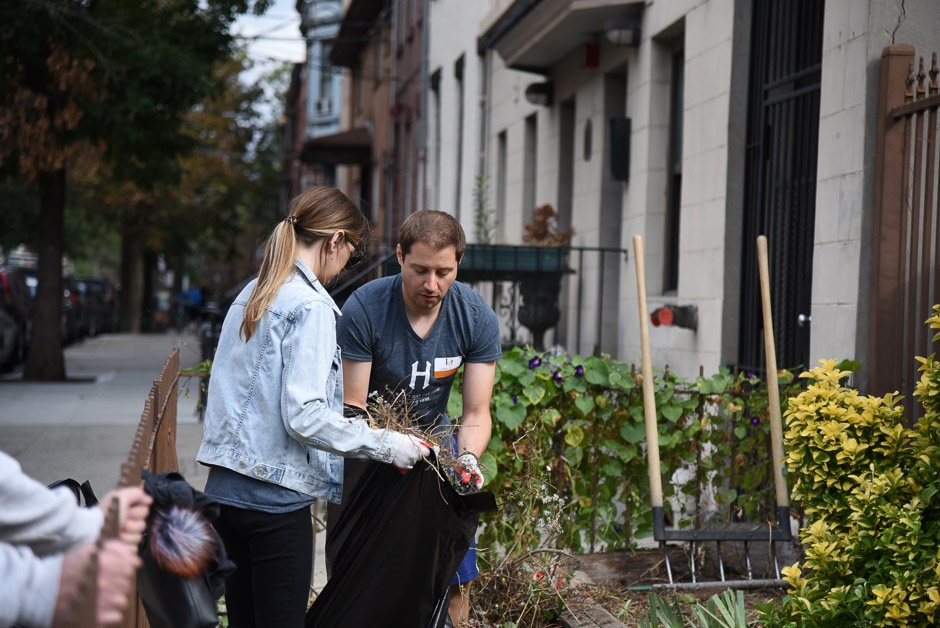 Volunteers weeded, raked and tilled, making room for new plants in garden space recently sponsored by Hoboken Grace. The plot on 2nd and Park is seen above. We can’t wait to see what grows there next year!

Thanks for making it an amazing day!