The best books, it seems, come crashing onto us like waves, splashing cold water on old ideas and perceptions. They erode the ways we once viewed ourselves, God and the world around us and shift the sands of our thinking. They soften us like seaglass, then retreat with the tide, leaving us transformed in a way we never quite expected.

Whether you’re headed to the beach, the pier or a road trip, there are some great books worthy of your summer reading list with the potential for such a sea change. They include new releases and old favorites, books about resting, books about working and books just about savoring the moment, wherever you are.

Here are a few suggestions:

Just in time for beach season, Shauna Niequist’s new book explores what happens when we quit treading life barely above water and find freedom from the isolating currents of our frantic schedules, perfectionism and people-pleasing. In a series of essays, she trades stress for solitude, hustling for honesty, and commitments for true connection – with God and the people around her. Life outside the undertow, she discovers, is worth fighting the tide.

While most sermons about the parable of The Prodigal Son focus on the story’s disobedient younger son and his father’s joy when he returns home, Tim Keller turns that idea on its head, dedicating just as much time to the morally upright older brother. “The targets of this story are not ‘wayward sinners’ but religious people who do everything the Bible requires,” Keller writes. “Jesus is pleading not so much with immoral outsiders as with moral insiders. He wants to show them their blindness, narrowness, and self-righteousness, and how these things are destroying both their own souls and the lives of the people around them.”

In a commentary on culture, religion and God’s grace for us all –the “immoral outsiders” and the “moral insiders” – Keller challenges both believers and skeptics. It’s a quick read, and one with something for everyone, regardless of your experience with faith. 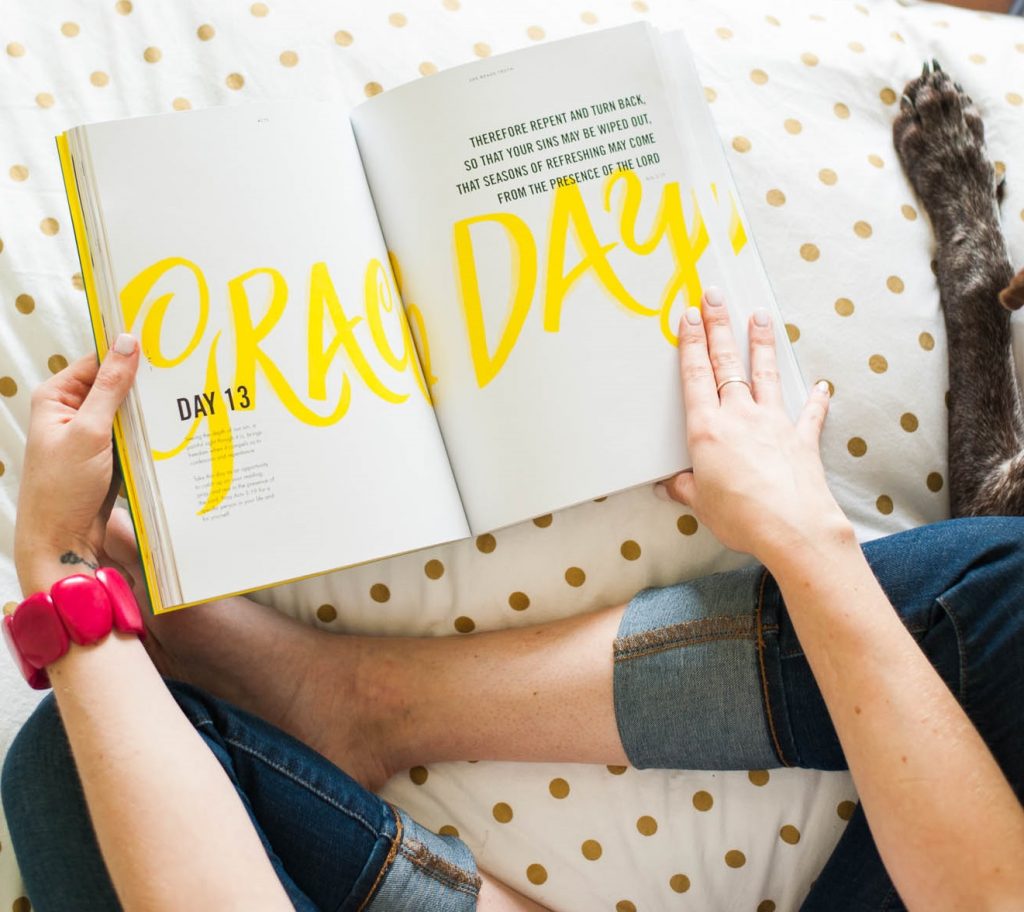 The Acts of the Apostles Study Book

In “Jesus Is ____,” Judah Smith asks the reader to fill in the blank. With humor and honesty, he finishes the sentence a different way each chapter, diving into stories where Jesus befriends not the religious leaders, but those whom the Pharisees deemed the worst of sinners. In this study of Jesus’ words and actions, Judah challenges readers to rest in God’s grace instead of trying to earn salvation.

By Pastor John Mark Comer of Portland’s Bridgetown Church, “Garden City” seeks to answer some of faith’s biggest questions about work and rest. How do I fit into God’s story? Should my calling overlap with my career? Do I need to work for a church or nonprofit to be doing His work? Do we really need to observe the Sabbath?

The book starts in the lush gardens of Eden, with Adam and Eve using God’s raw materials to begin building civilization, and progresses to today’s modern cities, where God’s people are still cultivating the land, advancing culture and striving for a better world. And from the pastor to his MacBook repairman and the coffee barista down the street, John Mark argues, every job and skill set is just as important in God’s eyes.

From the party invitation that never came, to the judging eyes of that person at the gym, the lies that follow rejection can eat away at our purpose, our dreams and our relationship with God if we let them. In her new book due out later this summer, Lysa TerKeurst examines how we can embrace God’s truths instead of our own fears and insecurities.