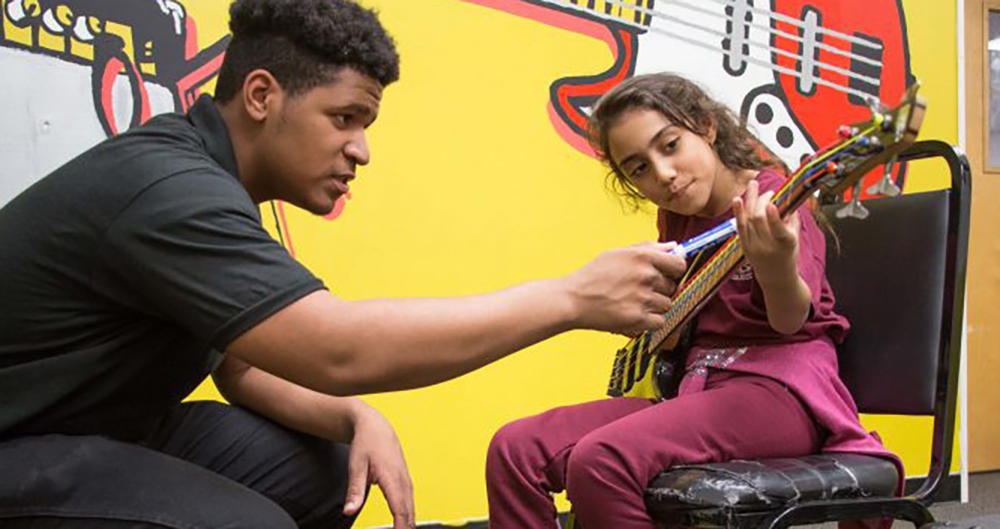 Supporting those in our community helps make our community stronger overall. That’s why Hoboken Grace has a group of organizations that we partner with — to expand the impact that our own community is able to make.

This past Sunday, New City Kids shared an opportunity for us to support their students. On April 11th, they’re putting on an extra performance of their Spring Concert! So let’s pack the house! Tickets can be bought here.

In true Hoboken Grace style, we want to be able to connect afterward, so we’ll be hanging out at Jersey Social after the show. If you can only make it to Jersey Social, it’s worth coming out to meet the incredible staff and volunteers who are changing the trajectory of hundreds of kids’ lives. 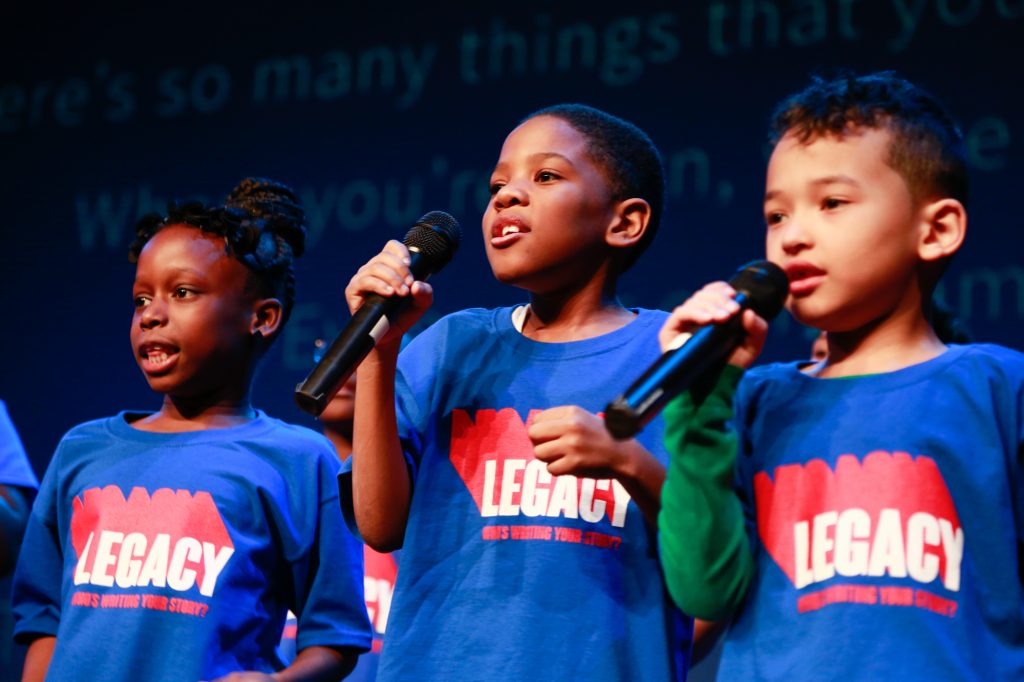 So, what is New City Kids? We had the chance to interview two current students and two alumni. Their words say it best.

Jahkyiirah and Jeremy are both ninth-graders in their first year of teaching at New City Kids. “I don’t like people, but this opened me up to change, to meet new people,” says Jahkyiirah, who teaches dance to 11 girls in elementary school. She now says she loves kids.

Jeremy had a traumatic move to Jersey City from Puerto Rico two years ago and says that New City Kids “makes me better with people.” For him, being a drum teacher helped him figure out what he wants to do and that he likes teaching others. When it comes to New City Kids as a community, he describes it as being a place where, “if things aren’t good at home, you can always count on New City Kids.”

Alumni Nicholas and Jeje provided insight on the long-term impact of all that the students learn through New City Kids. Nicholas, an economics major, couldn’t stop listing how much he had learned from his time with the program. As a bass teacher, he said, he grew in character, improved his speech skills, learned how to make lesson plans and felt the importance of being accountable for your work.

“It’s real,” he says of the program’s impact. “You hear of stuff like this, but I was involved. I actually care and am still involved.”

He emphasized that those involved with the program pick up more than skills you can test or measure — it’s life changing, he says. 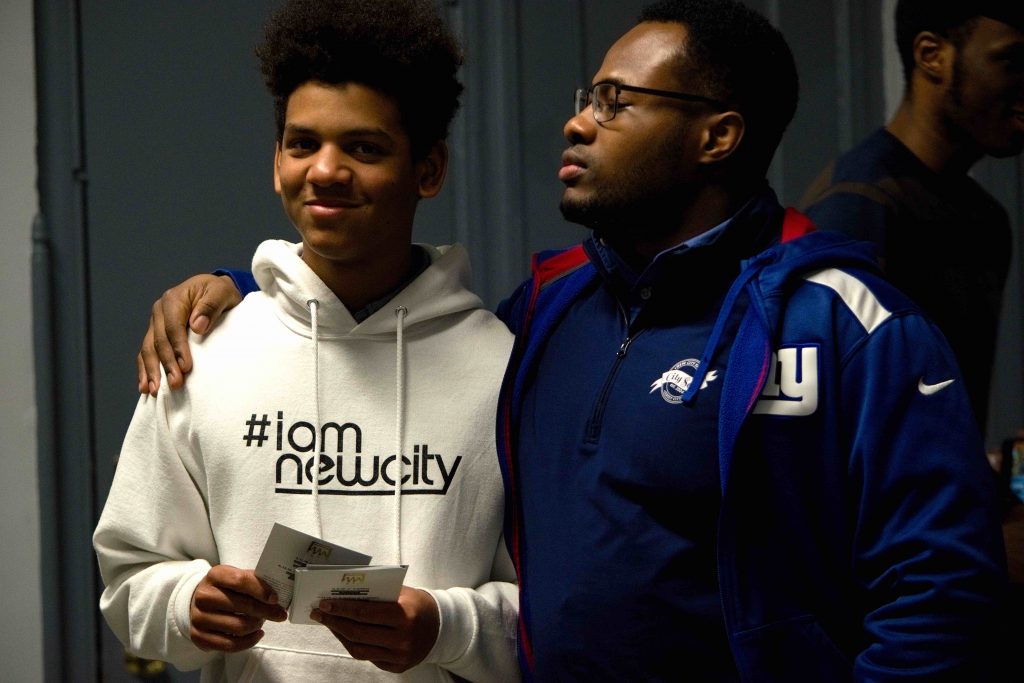 (Jeremy, current student, and Jeje, alum, during their visit to Hoboken Grace this past Sunday.)

Jeje, a more recent alum, remembers interviewing for his teaching position and how the whole process was very professional. Not everyone his age was experiencing that kind of exposure to the business world, but he remembers thinking, “I want to make it.” At that young age, he says he wasn’t thinking long term, but he started seeing the importance of everything he was learning. Between budgeting, real-world schedules, applying to college and financial literacy, he felt ready to take his next steps.

Let’s do our part in helping to make an impact in the young lives around us. Come out to their Spring Concert on April 11th and hang out afterward at Jersey Social. 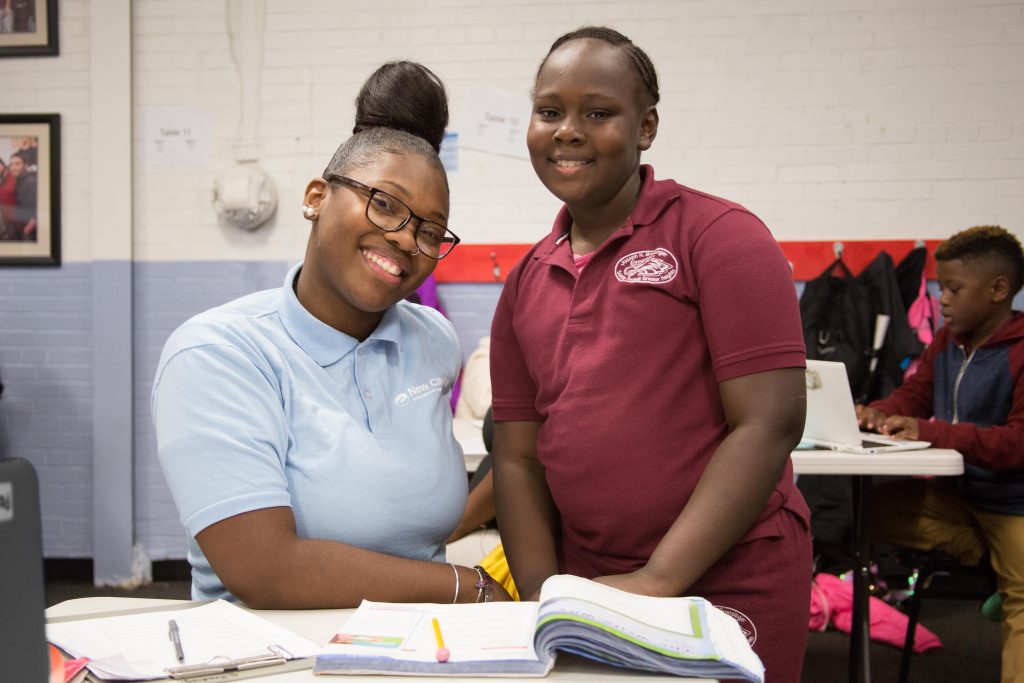 New City Kids has been changing outcomes for underserved urban youth for nearly 20 years. Founded in 2000, the organization believes that a holistic, educational approach has the power to impact the lives and transform the futures of at-risk youth in marginalized communities. New City Kids’ mission is “loving kids for change to create a community of academic, leadership, musical, and spiritual development.” It uses preventative after-school services with intentional mentoring and leadership development as tools to end cycles of generational poverty. Since 2009, New City Kids has helped 99 percent of seniors graduate high school and continue on to college. In addition, 90 percent of program alumni have earned a degree or are on track to graduate. New City Kids has helped the at-risk youth in Jersey City change their trajectories through employment, enabling them to achieve success in educational attainment, as well as upward economic and social mobility.