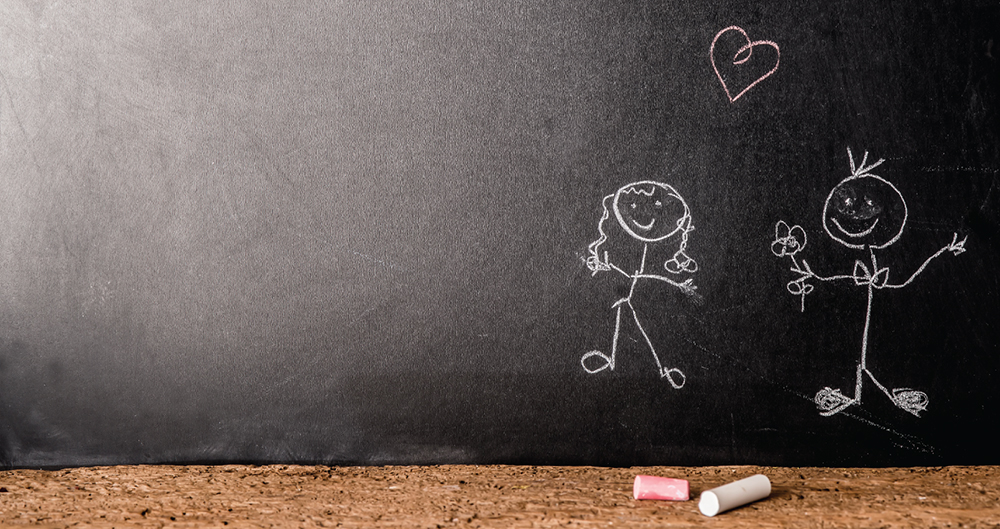 “I had a tutor, but the tutor left. And I kept hearing about this one guy, Jose,” recalls Liliana. “Everyone kept talking about how great he was. At the tutoring center, they listed the names of the tutors and the subjects they could tutor. Jose had four lines of math classes he could tutor because he was that good.”

So Liliana decided to try working with Jose. When it turned out that he was indeed a great tutor, she kept going back.

Then, one night, during the study period right before finals, Liliana went to a party. It was there that she ran into Jose, who teased her for taking a break from studying.

The teasing turned into an invitation to dance, and one dance led to another. Liliana’s friend interrupted at one point and asked if she wanted to leave the party with her. Jose said he’d walk Liliana home instead. And he did, but when they reached her place, he didn’t leave immediately. They kept talking and talking until, somehow, the whole night had passed, and they were watching the sun come up.

They began dating after summer break, and got married five years later. “We were that couple that friends would tease for too much PDA,” Liliana says. “We were very expressive and affectionate.”

They were also each other’s best cheerleaders. “He was always praising me. He saw great characteristics about me I didn’t even know I had,” says Liliana. “I definitely felt like a better person around him.” Liliana found endless things to praise Jose about as well.

Somewhere along the way, though, their love story changed. They were both still pouring out love and affection, but as they grew their family, that love was directed more toward their two children, and not so much toward each other.

“It’s like I poured out all my love for my kids and had nothing left,” says Liliana. “Instead, what I had was criticism and a lot of negativity. I forgot that I have a husband who needs that affection, too.”

But during Hoboken Grace’s recent series, A Grown Up Love, Liliana was reminded of the affection she and Jose used to have for each other, and the way they used to celebrate one another.

“It’s somehow easier to celebrate your kids’ achievements, or to be patient when they make a mistake,” she explains. “With my marriage, I have to be more intentional.”

Ever the pragmatic former math major, Liliana appreciated the series’ practical tips on how to love better. She could immediately grasp, for example, how to be more patient by managing her expectations.

“I’ve been realizing more and more that I want to be close to God, and learn what love is by getting to know Him better,” she says. “This series made me want to pursue this relationship even more, and see what true patience and kindness looks like.”

Since the series, Liliana says she’s started seeing small but positive changes in the way she and her husband interact with each other and their children. She admits these are “baby steps,” but she wants to persevere in this.

It’s a slow and steady process. But then again, so was learning math.

If you missed any part of A Grown Up Love, you can watch the full series here.