John and Erica were just starting their life together when John got an internship ㅡ then a job ㅡ in New York City.

So the couple moved to New Jersey, where they’d spend their first year of marriage hundreds of miles from friends, family and the small town where they grew up outside Buffalo, N.Y. In addition to desperately missing everyone back home, living in a city setting took some getting used to.

“It was definitely a hard adjustment starting out,” Erica said. “I really struggled with being homesick.”

The couple began hunting for a church just a week after moving last October. Their first stop was Hoboken Grace, where they immediately connected with the music, recognizing many of the songs. Toward the end of the service, the band played the same song their sister-in-law would always sing at John’s church. Erica started crying.

“It was missing home, but it was like home was here, in a way,” she said.

From then on, attending Hoboken Grace ㅡ and walking there each Sunday from downtown Jersey City ㅡ became a part of their routine. It was the first time they were attending the same church together on a weekly basis.

When John and Erica started dating, they alternated between both of their churches, never settling on one. They both knew they wanted to make church a bigger priority in their lives, and part of the foundation of their relationship. For Erica, who’d gone to the same church her entire life, attending service on Sunday mornings had become routine ㅡ it felt as if she was just going through the motions, she said. John, meanwhile, had gone to church on and off his whole life but had been hesitant to get more invested. As their relationship progressed, they agreed to make a fresh start and get more involved. But before long, they were planning a wedding and preparing to move.

“When we got here to sit down in church together, I feel like we were trying a little harder than we ever did at home,” Erica said. “Being disconnected from everyone else at home, we just said, God’s gonna get us through it.”

At the same time, this season was supposed to be temporary. Planning to move back at some point, John and Erica were hesitant to get involved with anything at Hoboken Grace  long-term.

But during an impact fair one day at Hoboken Grace, Erica signed on to shadow in Grace Kids. She was missing her niece and nephew, and the kids in Handprints were the same age.

“I was thinking, if my niece and nephew were here, I would love to see them in Sunday School learning, and those moments when they get it, when you teach them their Bible verses.” 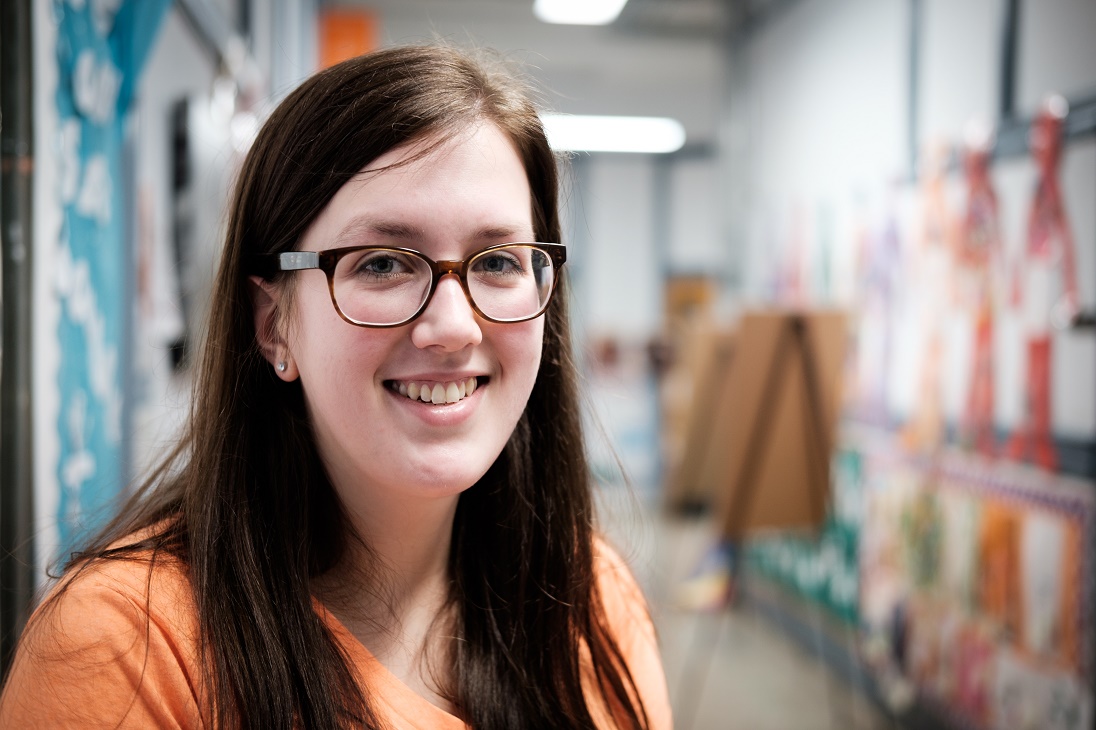 John, meanwhile, joined the Analytics Team, which seemed like a natural fit. He soon became an integral part of the team, keeping tabs on various metrics that help evaluate how the church is growing. He says the experience taught him about leadership as he helped others who joined get acclimated.

Over the summer, John started applying to jobs that would take them closer to Buffalo, but nothing came of it.

“We’d get frustrated with the whole process, and we’d say to each other constantly, ‘If we’re not praying that this is what He wants, it’s not going to work,’ ” Erica said. “So we tried to have the consistent prayer be, God, when you want us home, you know that’s where our hearts are, we want to be back home. But if you’re not done with us here …

“I kept saying, ‘He wants me to be happy here first. I need to be okay with it first, and then we can move on,’ ” she continued. “I kept having this feeling that He had something more that He wanted us to [experience].”

In the meantime, they started exploring some of the growth opportunities at Hoboken Grace.

“We went to Amplify, and that really helped us to read the Bible more,” John said of the Foundations class. “That helped a lot.”

They got baptized together in September — something they’d started thinking about at the same time. John’s parents drove from Buffalo to be there, and friends and other family members watched via Livestream. 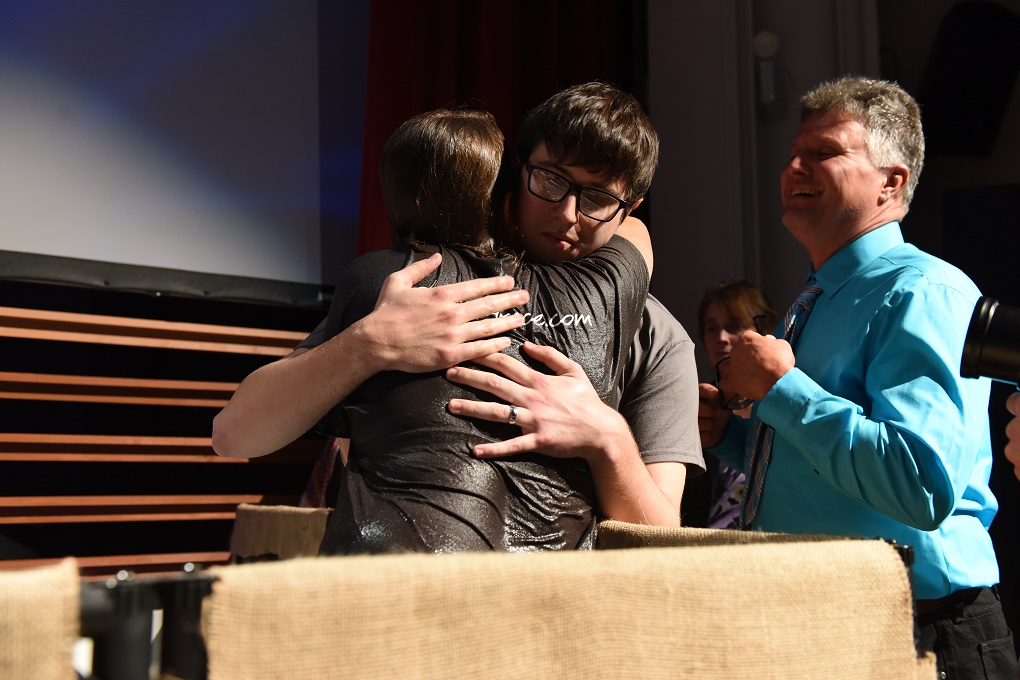 A few months later, John found out he got a job, and they’d finally be moving back home.

“We were like, what are we going to do when we leave church?” Erica said.

As they packed up their apartment last week, said goodbye to all the friends they’d made and served for the last time at Hoboken Grace, leaving New Jersey felt bittersweet. Looking back on the past year, John and Erica said they now realize that the time disconnected from their friends and family back home forced them to rely more on God — and it only made their first year of marriage stronger.

As they settle into a new home five minutes away from family, they plan to look for a church where they can continue serving.

“[Getting involved at church] made us stronger here,” said Erica. “I know now that, going to another church, I want to get involved with the kids, or something else, and just putting yourself out there instead of just going to service. … I know it won’t be the same, but I’m just hoping we can take what we got here, and use it in another church and just keep growing.”