In March of 2016, I left home, my job and a community I had built at Hoboken Grace to serve for three years with the Navigators student ministry at a university in Japan. I had been reading Bob Goff’s “Love Does,” and decided that I needed to “just do something” to love people.

Loving people, however, turned out to be a lot more complicated than I expected when dealing with a foreign language and culture. I knew that I would be moving into a shared housing environment with Japanese roommates, and expected to get along well with everyone and make friends quickly. This was true at first, at least on a superficial level. But I did not speak Japanese, and understand very little of the hierarchical nature of the culture. I soon learned that my roommates held negative views of American missionaries, and while they were polite, they weren’t really interested in deep friendships. As the new member and “junior” of the house I had a lot to learn, and attempting to introduce and initiate change felt almost impossible.

I was also surprised to find that it was difficult to connect with the Navigator team. In my previous job, I reported to a supervisor and performed as requested. In full-time ministry in Japan, however, I found that my opinions and voice carried more weight, which also meant that my values, convictions and strategies were often challenged. For a strong introvert who tends to avoid conflict and is sensitive to criticism, this was a tough challenge and character stretching experience.

Over time however, I grew to appreciate my fellow teammates and the experience of community. In a place with very few Christians, my teammates were all I had and we were forced to depend on each other. If one person needed a ride to the train station or another needed help babysitting, the team had to rely on each other. This allowed me to experience a raw and sweet sense of community that I never had when I could choose my friends. In light of our differences and brokenness, we learned to love each other well. 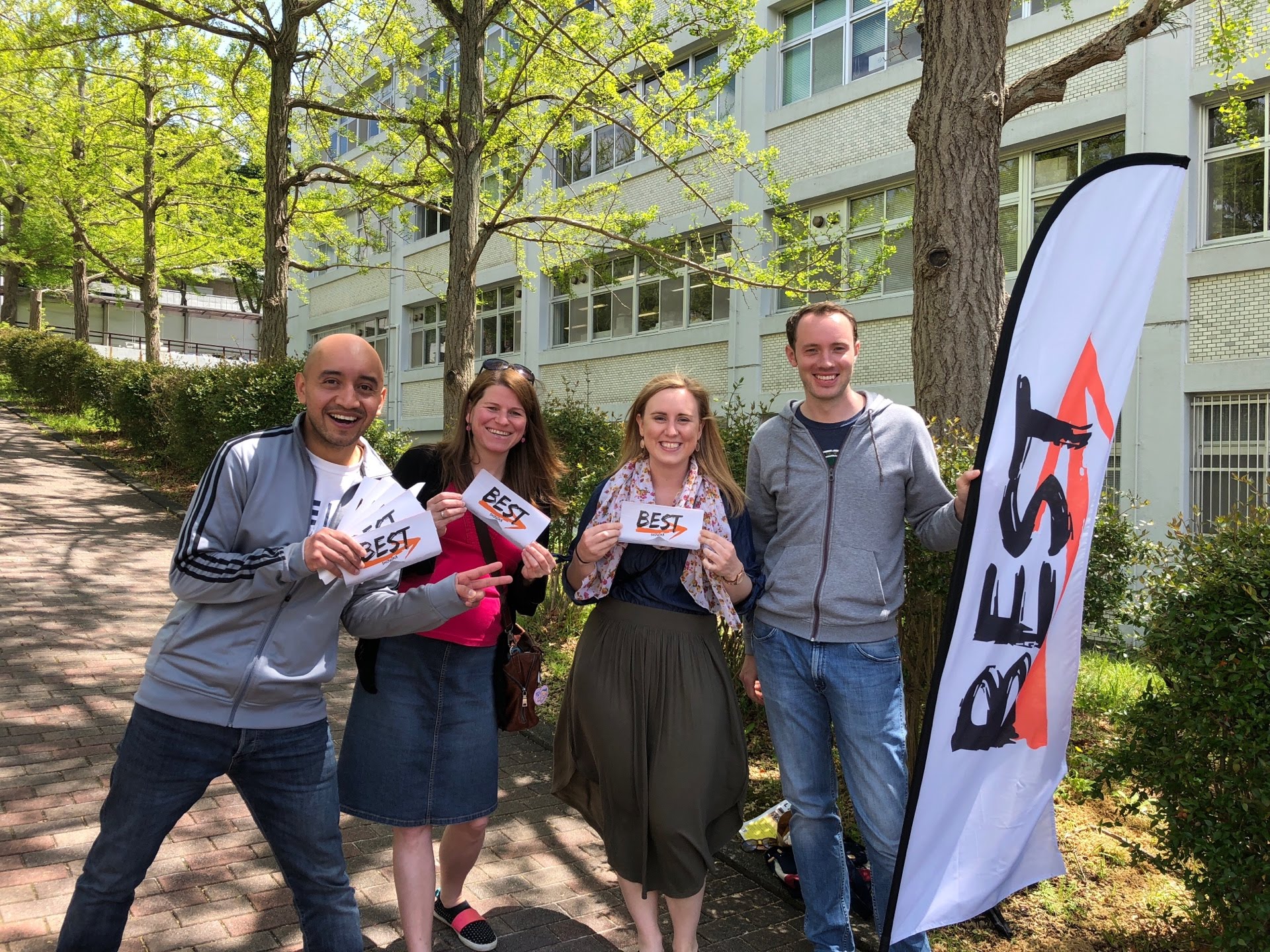 Having gone on short-term mission trips before, I have realized that they are focused driven, and with a specific goal and end in sight. With a three year trip however, you need to plant roots. And that is what I did. Although I did not speak Japanese at first, I began to enjoy the language learning process. Things that bothered other foreigners, such as the heat and humidity and constant bugs, I actually enjoyed. I slowly began to feel at home in Japan and almost felt like I fit in as a small piece of a large puzzle.

I soon discovered that my personality was wired in a way that helped my fellow missionaries connect and build trust with our students. In Japan there is this saying, ‘reading the air,’ and that means understanding what is not said. You have to sense and intuitively guess what people are thinking in order to understand what they really want to communicate. As I became more comfortable in speaking the language, I also found myself getting better at ‘reading the air’ and sensing when students felt uncomfortable or insecure. My natural goofball and lighthearted personality provided a sense of calmness and comfortable environment to our community. I think God used this part of my wiring to build greater trust among the Japanese students and our primarily American and German Navigators staff.

One of the biggest changes I saw before leaving was particularly in this area of trust. When I first arrived in Japan, there were five or six students interested in the Bible and very little trust between students and staff. As God opened doors to friendship with students and developed a trusting and comfortable environment, we had close to thirty students participating in our Bible discussions. 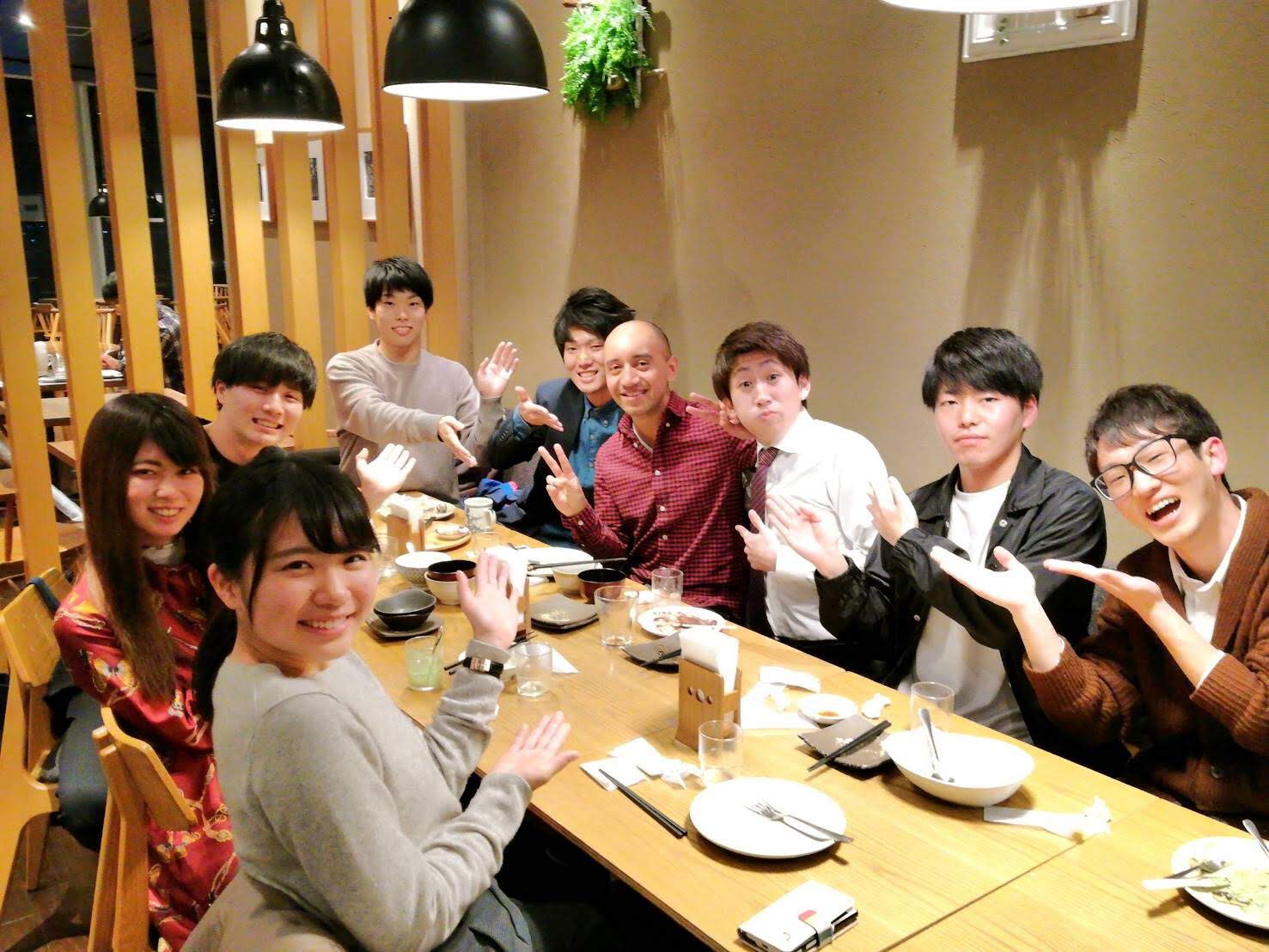 Ultimately, I can say that I loved well and invested wholeheartedly into the lives of students. I know that there have been seeds of love planted through genuine friendship and the message of the Gospel we presented through our lives. After three years of sharing life together through traveling, sports, karaoke nights, cooking nights and simply enjoying each other’s company I know that I have left Japan having made good friends and having had an impact there.