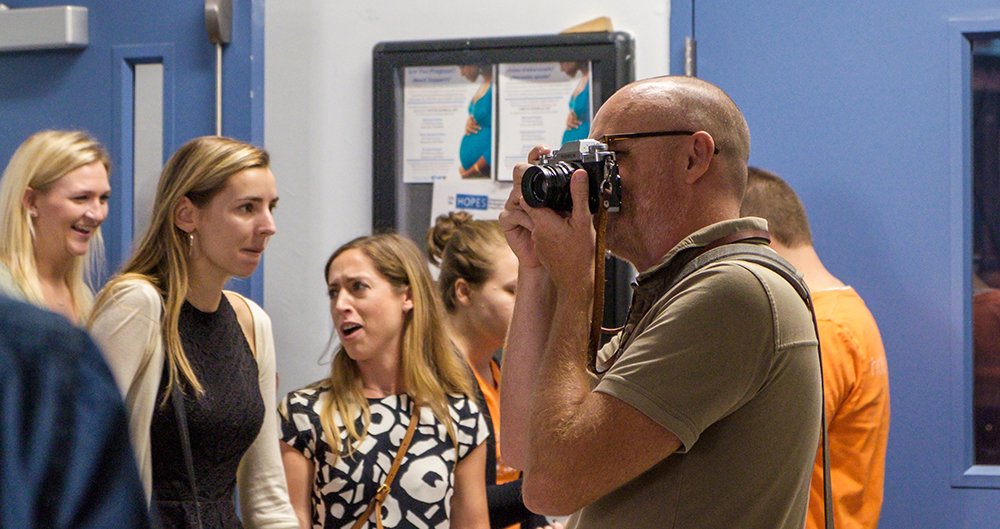 Al went to Guatemala last year with the intention of building a house. Traveling with about a dozen other members of a team from Hoboken Grace, the goal for the week was to serve a family by building them a home from the ground up.

Some members of the team were skilled in construction. Others found they were better at spending time with the family – chatting, sharing and listening. And after a few days, with the construction of the house progressing on schedule, the team encouraged Al to focus on what came most naturally to him – taking photographs.

Al spent the rest of the trip photographing not only the project, but also the community, which surrounds a garbage disposal site where residents salvage and sell whatever they can find. Potter’s House, the organization the team was serving, and a magazine from the U.K. published several of his photos, helping build awareness about the community and its needs. But Al also found that taking pictures was a way to connect with the people he met. The kids, for one, loved it. They’d borrow his camera, play with it and take their own photographs.

“It’s an activity that kind of breaks some barriers,” Al said. “They understood it, and it was fun to see themselves on camera.”

It also wasn’t the only time Al’s camera has brought people together. Whether it’s building into others on the Photography Team, leading photo walks for guests at the Hoboken Shelter or just taking photos on Sunday morning, Al often finds ways to serve others through the lens of his camera, said Jeremy, Hoboken Grace’s visual media producer.

But loving someone from behind a camera isn’t what most people envision when they think of serving others. And it wasn’t what Al had in mind when he started taking photographs.

For years while living in England, it was mostly a pastime. Al’s wife, Helen, had studied photography in school, and when they went on vacation, they’d sometimes have contests over who could get the best shot. Al says he understood visually what he wanted to capture, but didn’t always know how to make it work. When they eventually moved to France, Al quit his job and started writing. But he grew frustrated that it wasn’t going as well as he’d hoped. It didn’t come as easily as photography.

Behind both of these interests, says Al, was an underlying drive to create something.

“I think most of us — maybe everyone — has an innate desire to make something, to be creative in some form or other,” he said. “That’s why I tried writing for a while, but I just seemed to be better at photography more quickly.” 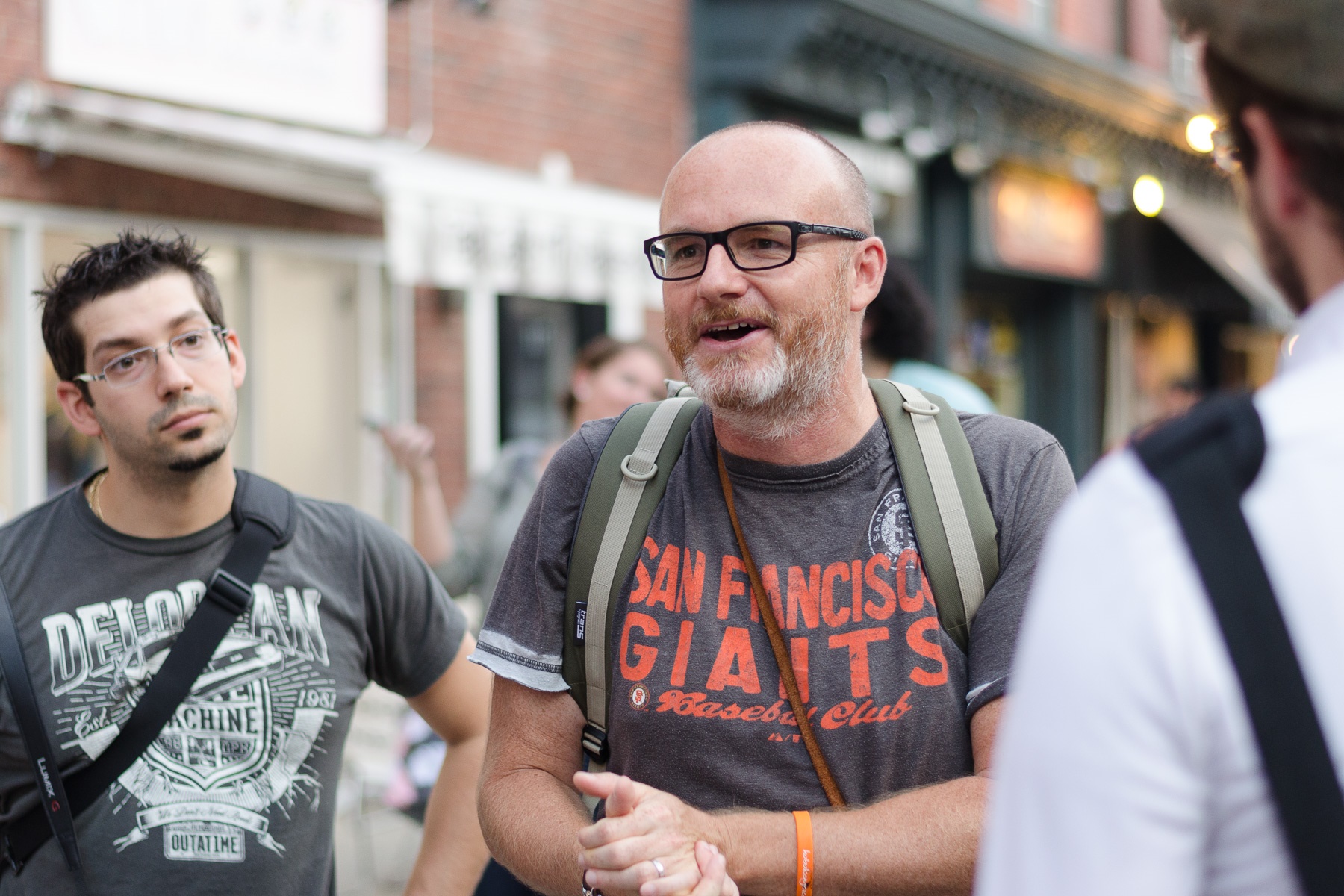 Now focusing more on those skills — and the practicing and studying and learning that comes with developing any kind of craft — Al began doing shoots here and there for friends. In the back of his mind, he wondered if his photography could grow into a business. Once he set up a website, he found there was a demand for English-speaking photographers in France, especially among tourists.

He continued his business when he and Helen moved to the U.S. several years ago. They started attending Hoboken Grace not long after, and Al joined the Photography Team. Around the same time, Jeremy had the idea to launch the Portraits series on Hoboken Grace’s blog. Al’s experience with portrait photography made him a perfect fit for both the team and the project, Jeremy said.

It wouldn’t be the last time the two would collaborate on an idea. In December 2015, Al and Jeremy launched the photo booth at the Hoboken Christmas Exchange, where members of the Photo Team could capture and print family portraits – something for families to take home in addition to their gifts. Al says he loves the experience, but he also enjoys taking pictures outside the photo booth.

“For me, I love going to see people picking up their presents and photographing their reactions – and the interactions of the people giving them,” he said. “I like candid moments.”

Al says the same about taking photos on Sunday mornings at 301 Garden. He tries to pay attention to what makes each Sunday special – noticing how people interact differently in both the hallways and the main space. Above all, he looks for the moments that are most genuine – the moments that tell their own stories and capture life and emotion in all its forms.

Before Hoboken Grace, Al said, he’d never had the opportunity to serve as a church photographer. It’s been an amazing experience, he said, but he often thinks about something Pastor Chris once told him.

“He said, ‘Maybe you’re not called to be a photographer, maybe you’re called to reach other photographers.’ Whether that’s true I don’t know, but I think it is a good emphasis — to consider relationships as much if not more than the craft and activity itself,” Al said.

He often leads and attends photo walks, seeing them as an opportunity to bring photographers together as they chat and share tips.

“I was involved in one with about 250 people going over the Brooklyn Bridge,” said Al. “It was with a well-known photographer, and he was great. He would stop and just share tips, ideas, and was generous with his time, I thought. So that’s something I try to do now.”

He’s hoping to lead more photo walks with the Photo Team this year, and perhaps reach more people that way. 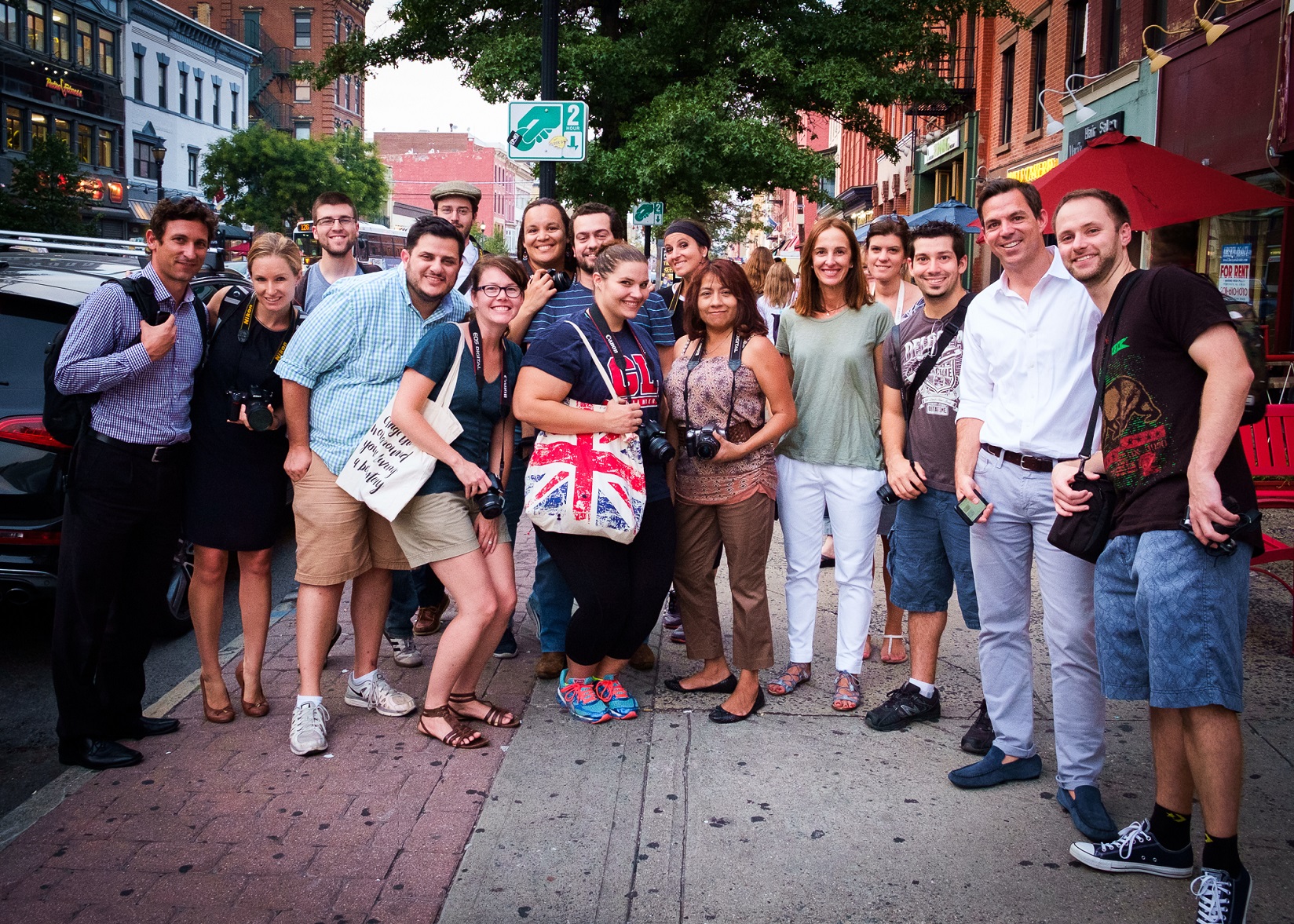 He’s also led a few photo walks for guests at the Hoboken Shelter, something he’d felt God nudging him to do. Al told his dinner group about the idea, asking if anyone had an old camera they weren’t using. Between the group, they had nearly 10 cameras, enough for everyone in the workshop. After a bit of instruction, with the help of a few others from church, the group headed out, shooting a mix of portraits and scenery in Church Square Park. Al emailed the photos afterwards and brought prints to the shelter.

Looking back, Al says the workshops didn’t go exactly as he’d planned. He thought he’d be doing more instructing, but even just chatting with those attending turned out to be positive.

“It was more just spending time with them, really,” he said.

And that’s okay, too. Because as Al’s seen in Guatemala and elsewhere, sometimes a camera is what brings people together.

Interested in checking out the Photography Team? Email Rachel@hobokengrace.com. 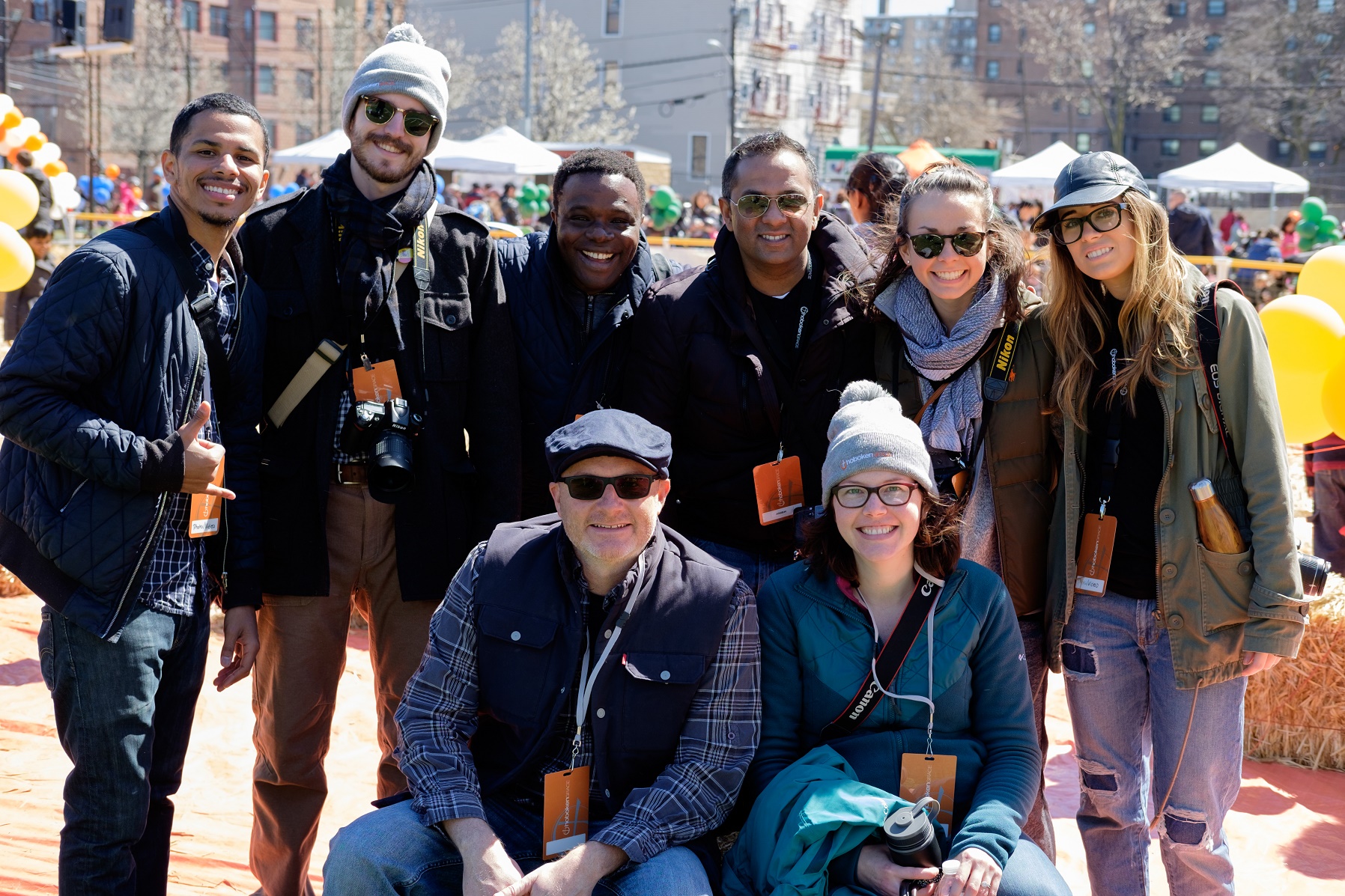