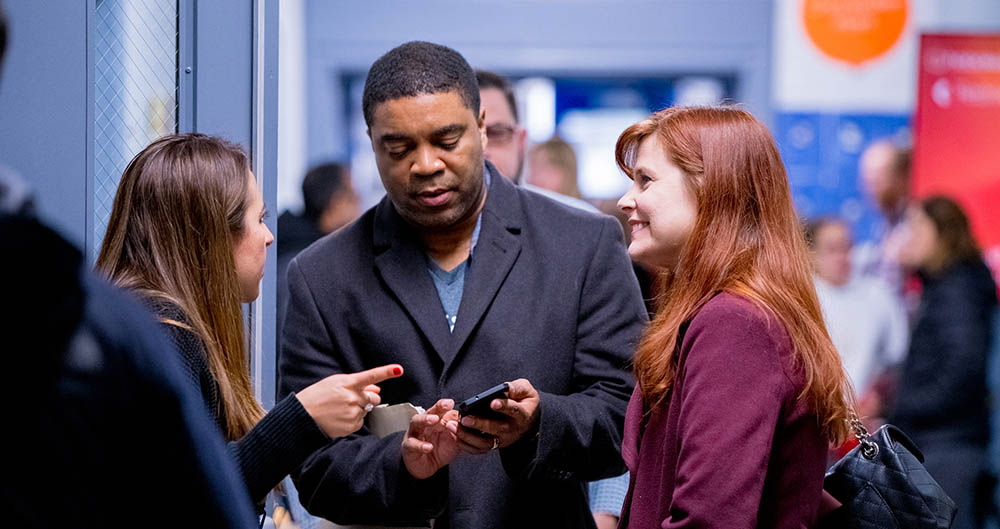 You may already know him as a longtime member of Hoboken Grace, but get ready to know him as a full-time staff member! Lonzell is bringing his experience in the field of Human Resources to our church community as Hoboken Grace’s new HR Director.

Lonzell moved to the area with his wife, Judy, in 2013. The couple share a love of the arts, which is one of the reasons they love living here. Shortly after moving to Jersey City, Judy jumped back into the theater scene ー something she had been a part of when they lived in Alabama. While rehearsing for a play, her original scene partner left the show, giving Lonzell the opportunity to swoop in and act alongside the love of his life a week before the show opened. Now, being so close to the city allows her to continue doing what she loves.

Lonzell has also always been passionate about volunteering and giving back, specifically to nonprofits. Over the past four years he has worked with Feed My Starving Children, where he has helped coordinate the packing of over 600,000 meals. In the past he has also served on the boards for New City Kids and the American Red Cross. Given his passion for serving others, joining the team at Hoboken Grace was a natural crossover.

The couple has been attending Hoboken Grace since shortly after moving to Jersey City. They say they knew right away that they had found the right fit. Lonzell says the things that ultimately led them there were the church’s core beliefs and values in helping people find their way back to God. All of these beliefs and more match up exactly with what Lonzell and Judy believe in and love to grow in these elements with the church community. They also agreed with the idea that church shouldn’t be something you only participate in on Sundays. That’s why Lonzell says he’s a big fan of our dinner groups and connection events.

This past spring, Lonzell and Judy were sitting in the service when Chris mentioned that Hoboken Grace had staff openings. Lonzell submitted an application, and as he went through the interview process, moving into an HR Director role seemed like a good fit.

As Lonzell was thinking and praying over the decision, Judy asked him an important question. Knowing that he had planned to retire from his current job in 2027, she asked him what he would do when he retired in eight years. Lonzell said he hoped to join another organization where he truly believed in the mission. That opportunity, they realized, had arrived eight years earlier than expected.

As HR Director, Lonzell will not only help recruit and hire new employees for the church in the future, but he’ll also help make sure our staff is well cared for. It’s a role he says he’s excited to take on and is so grateful to be a part of this team.