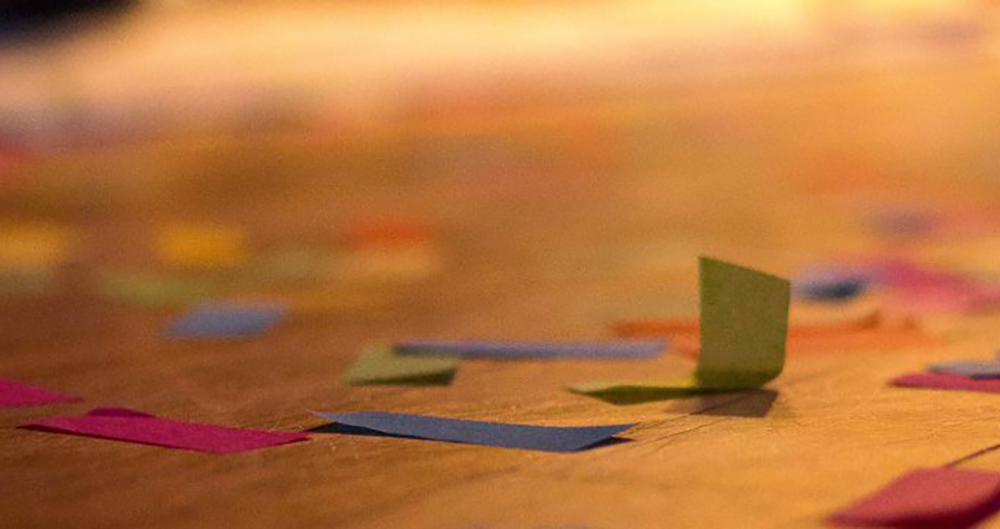 The first time I set foot into 301 Garden, it was Hoboken Grace’s 10th birthday. I didn’t have a clear idea of who God was at the time, but my roommate served on the Production Team and convinced me this was a great day to go see what Hoboken Grace was all about — and also spilled the beans that there would be confetti cannons. I wasn’t sure how I felt about going to church, but I knew I liked confetti and celebrations.

As I walked through the doors by myself for the first time, unsure if this was even right for me, I remember so many smiling faces greeting me and making me feel like I was a friend from the start. Coming from the South, you have this assumption that “Northerners” don’t show that Southern hospitality you are used to. It caught me off guard when people would introduce themselves and ask me about myself, not for their benefit or curiosity, but because they genuinely wanted to get to know me. Someone pointed me in the direction of the coffee and bagels, and I found a seat in the back of the church, doing my best not to sit too close to anybody else and forcing awkward conversation.

When Pastor Chris came on stage, one of the first things he did was introduce himself, which I found thoughtful because he didn’t assume everyone knew him. He talked about living a life that is significant, a life deeper than earthly pleasures, a life where we walk with Jesus. Going over Matthew 16:13-18, he reiterated the question “Who do you think Jesus is?” Sitting in my seat, I realized I had no clue who He is. I had been told a lot of lies about Jesus, but no one ever bothered to tell me the truth. No one told me about His endless love and grace. I found out about Jesus through everyone I came in contact with at Hoboken Grace; they all reflected something deeper than this superficial life I was living. I wanted to be like them!

I never felt qualified or good enough to receive God’s love and forgiveness. I hadn’t prayed in years, but I remember sitting in that service and saying to myself, “Okay, God. If you really are as powerful as these people believe, then be it your will to change my heart, because there’s no way that I can do it on my own.” I prayed that same prayer for weeks.

A month later, I joined Grace Kids. Through the videos and stories we teach the kids, I started learning the Bible stories along with them. I don’t remember the exact moment when I accepted Jesus, but I remember feeling full where I previously felt empty. My thoughts started to become more selfless and I started to put others before myself. My heart became softened when I previously felt like it was a rock-solid chunk of ice. All the plans I had made for my life were falling apart, and I decided to give it over to the One who knows what’s best for me.

As soon as I made that decision, my life felt like it was just beginning. I got baptized in July and started working with Hoboken Grace in August. When I moved to New Jersey a little over a year ago, I had no idea that it was God’s will for me to be here and to grow in Him the way I had.

I may have walked through those red doors the first day for the confetti cannons, but I stayed for the love I found in my community and our God. I don’t know how I ever lived my life without Him previously, but I know I won’t ever live without Him moving forward.

I’m excited to see what God has in store for us here at Hoboken Grace!