It was Sunday morning at Hoboken Grace. The house lights were dimmed, the worship band had just launched into their first song, and as she sat in the dark, Jen couldn’t help but think how safe the brightly lit stage looked. She longed to be back up there, where she knew what she was doing.

“I know standing on stage with a microphone isn’t most people’s safe place,” says Jen. “But I grew up singing in the church, and when I’m on stage singing, I don’t have to come up with things to say. The words you’re supposed to sing are right there on the screen. All I have to do is the same thing I’ve been doing since the Sunday school Christmas pageant.”

The security of being told what to say and knowing exactly what was expected seemed especially appealing to Jen that Sunday morning because she had just agreed to lead a dinner group. In a little over 24 hours, she was going to go sit in a restaurant and hope that a dozen strangers showed up to listen to her and share with each other. For an introvert like Jen, it was the stuff nightmares are made of.

Jen swears that her journey to become a dinner group leader began as just a funny misunderstanding.

“When I went to my first connection event at Hoboken Grace, I was desperate to meet people,” she says. “I was new to Hoboken and didn’t know anyone. I was running around the bar frantically introducing myself and hoping to feel less alone.”

At the time, Jen didn’t realize that Hoboken Grace’s dinner groups director, Nick Lenzi, was watching her meeting people and thinking to himself: “Wow, she’s really comfortable in this sort of a situation. I bet she’d make a great dinner group leader.” 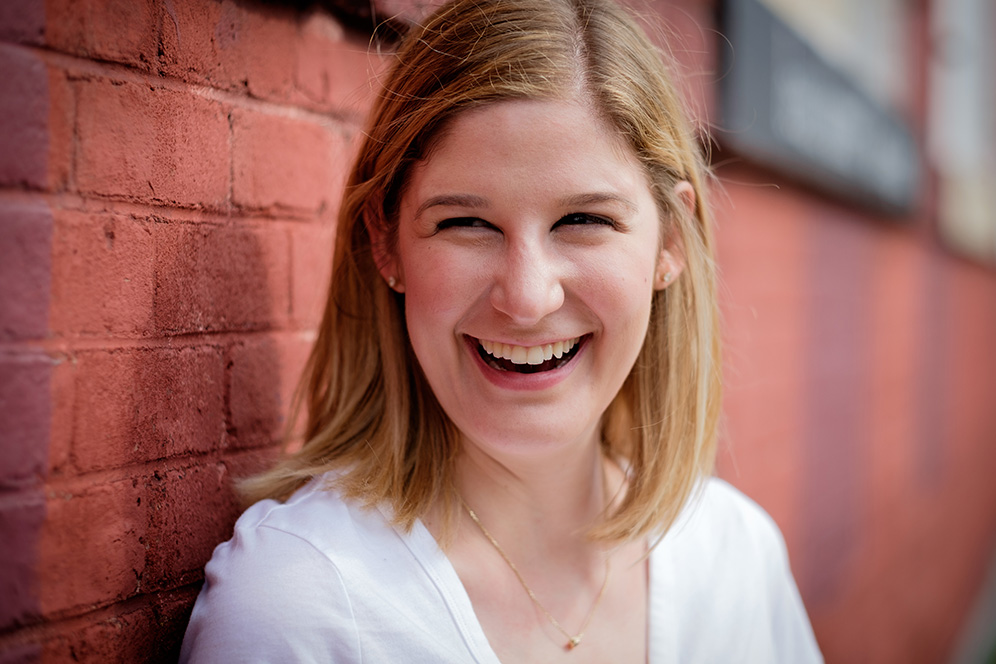 Soon after, Nick stopped Jen after church and asked her to consider leading a group.

“That just seemed like a funny joke to me at the time,” said Jen. “I was still adjusting to living in Hoboken. I was already serving on the Worship Team. And leading a group of strangers in deep, meaningful conversations was about the last thing I felt qualified to do.”

But Jen agreed to think about it and pray about it, and over the next couple of weeks she felt God calling her to step outside of the familiar, the known and the comfortable.

“God kept on coming back to me and telling me that we could get through this together,” says Jen. “He said it would be hard, but that it was time for me to stretch, time for me to grow, time for me to trust Him. And He promised me that I would learn a whole lot about Him and myself in the process.”

Despite Jen’s fears that no one would show up to the group’s first meeting, she did not spend that first Monday night sitting alone in a restaurant doodling on a napkin. Nine women joined her, and Jen says she fumbled her way through some icebreakers and nothing disastrous happened. She then went home and created an elaborate Excel spreadsheet.

“I had everything about dinner group planned out for the next two months,” says Jen. “I thought that if I was going to do this, I was going to manage the heck out of it and then it wouldn’t be so scary. I wanted to feel like I was in control of this crazy thing I’d just taken on.” 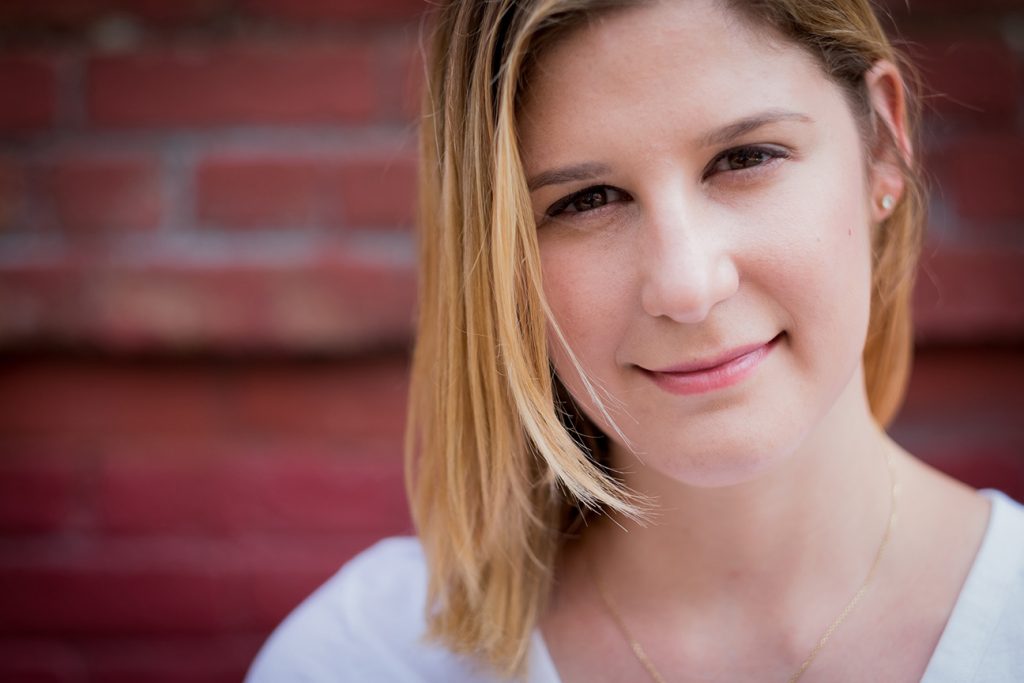 But it only took a few weeks for that carefully constructed plan to fall apart. On a Monday night when Jen had planned fun hangout activities, it quickly became clear that the group needed to have some heartfelt conversations instead, and so Jen let go of her plan and gave the group over to what God wanted to do that night.

“Every week I understand more and more that this isn’t my group,” says Jen. “It’s God’s group. And that’s an enormous source of strength and comfort for me. The more I get myself out of the equation, the more space there is for Him to show up and lead us where we’re supposed to go.”

Six months after launching the group, Jen says she’s able to think less about all the things she isn’t and focus more of her attention on everything that God is. Her doubts about leading, the different personalities and backgrounds of the women in her group, it all seems small when compared to the one thing holding it all together — God.

On Memorial Day weekend, Jen climbed the stairs to the stage for the first time in months. This time, though, she was holding hands instead of a microphone, as she and the women of the dinner group stood by as one of their own got baptized.

“I got to hold the hand of a new sister in Christ,”  says Jen. “I was bawling on stage in front of everyone. I was overwhelmed with joy for what was going on in this woman’s life and so, so grateful that I got to stand alongside her.”

When people ask Jen how leading a dinner group is going, she says: “Really well, in spite of me.” It’s still not easy or always comfortable, but Jen says she knows she is exactly where God wants her to be right now.

“The more I can accept that I’m not in control, the easier it is for me to see that God is,” says Jen. “I don’t need to always know what God has planned. I think I’m at my bravest when I’m in the dark, and I have to hold onto His hand.” 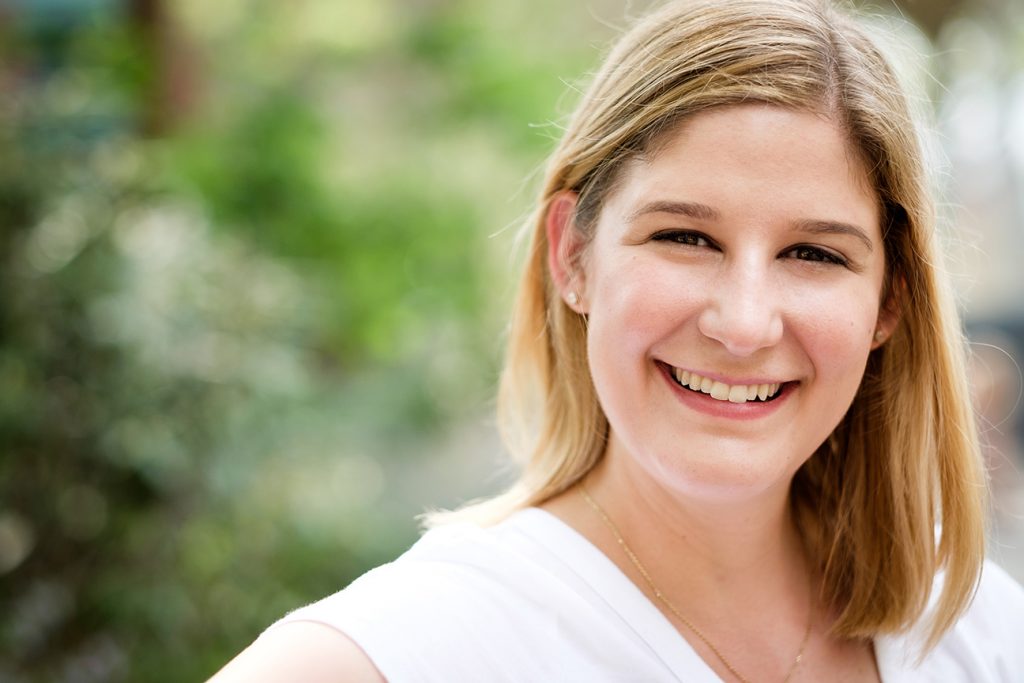