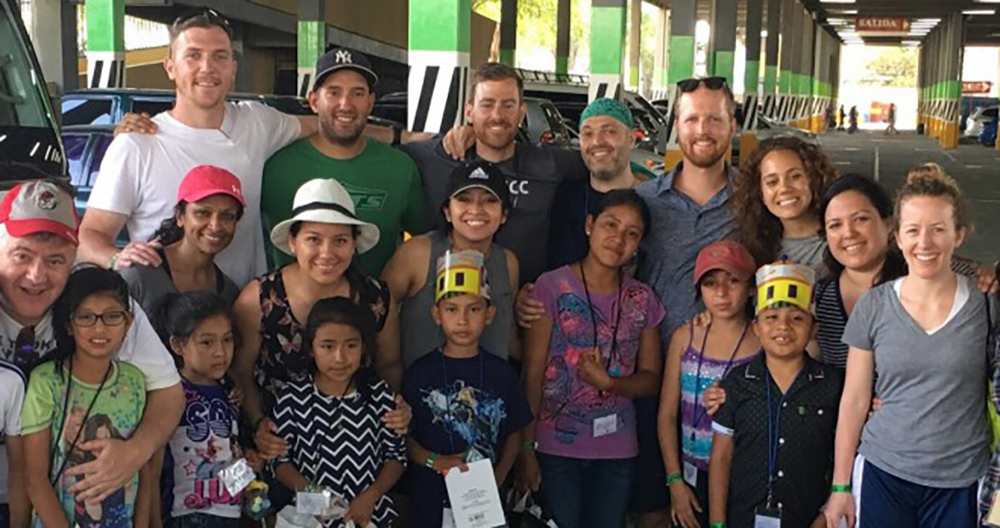 It had taken several years to say yes.

“I’ve always wanted to serve on a mission trip before but never did,” says Erik. “When Hoboken Grace began promoting all the trips, I remember saying to myself that this was the year I would go and serve.”

Brandt also decided that this would be the year he’d finally go on a mission trip.

“After nearly five years of getting close to committing and then backing out for various reasons — I didn’t feel safe, or ran out of vacation days at work, or felt money sent would be of better use than my attending — I felt God nudge me to the point where I couldn’t use an excuse to wait until next year,” he says.

For Ari, it was health concerns that had kept him from committing to a mission trip in the past.

But a week after the team returned from Guatemala, those who went on the trip say they grew in ways they never imagined. They say they had the opportunity to serve people who they will never forget, and saw God step in and strip away many of the fears and insecurities they had before the trip.

“The number one thing that I came away with is that when you try to serve God, He blesses you a thousand times more than what you think you’re doing for him,” says Ari.

From Day 1, the trip required each person to step outside their comfort zone. For one thing, the 13 people on the team were mostly strangers when they landed in Guatemala. Some were veterans of the trip, returning for a second, third or even fifth time. But for most of the group, it was their first mission trip. Ari says he worried about feeling comfortable in such a large group setting, and how he’d respond to such extreme poverty. Others said they felt uncomfortable about sharing their faith in public, with people they’d never met. And then there was the heat – it was 106 degrees, and they’d be working outside for long days in the sun.

“In every way that I was concerned, there was something that was even worse than I expected, and then God made it better,” says Ari, who had a diabetic scare right before the trip. “And I know I wasn’t the only one. I could see people on the trip growing.” 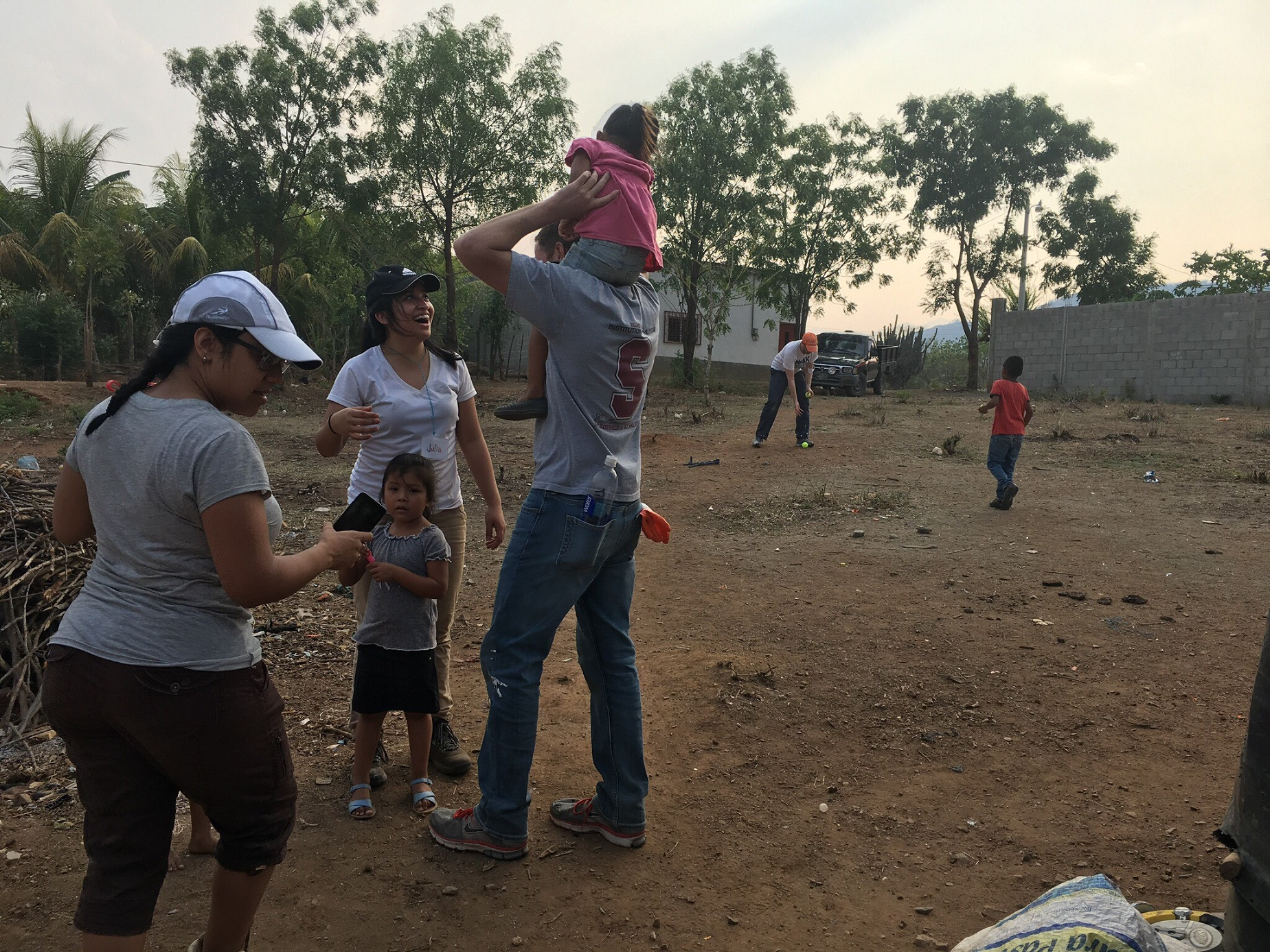 Working alongside Potter’s House, the team spent a week in Guatemala City and Chiquimula, where the organization recently expanded its ministry. Ninety-one percent of the people there are poor, having less than $5 a day, says Ari. Twenty-eight percent face what Potter’s House calls “extreme poverty,” meaning they have less than $2 a day.

Just as Potter’s House has served the poor in Guatemala City for the past 30 years, the organization is now also working to empower those in Chiquimula, supporting individuals, families and communities through a variety of programs. They help build physical structures — homes, sanitation facilities — while also building into the lives of those they serve. But their goal is to build dependence on Christ, not the organization, says Ari. Although economic poverty might be most visible, the organization also works to reduce other forms of poverty — poverty of community, intellectual poverty, poverty of health – while above all targeting spiritual poverty.

The team from Hoboken Grace spent several days serving two families. In addition to building stoves and sanitation facilities, they did devotionals with them each morning and bonded with the children over soccer, baseball, volleyball and frisbee.

They also visited two dumps in Chiquimula and Guatemala City, where a community of scavengers earn their day’s wages by salvaging and selling whatever they can find. The team met with several families, giving them Bibles and food and spending time talking and praying with them.

“We were put in circumstances way out of our comfort zones, and one of those zones for me was to share the Word openly to everyone,” said Erik. “This trip made me realize that I should not be afraid to share God with others and that everyone should be able to hear the Word.”

Erik says that since the trip, he’s made a commitment to share God’s love with everyone he can, and to pray out loud more often.

For Brandt, praying consistently with others on the team helped him deepen his own prayer habits.

“Before joining the mission trip, my daily prayer routine consisted of praying on my morning commute following reading a short scripture passage and at bedtime,” he says. “While in Guatemala, my eyes were opened to the benefits of prayer at each meal and throughout the day.” 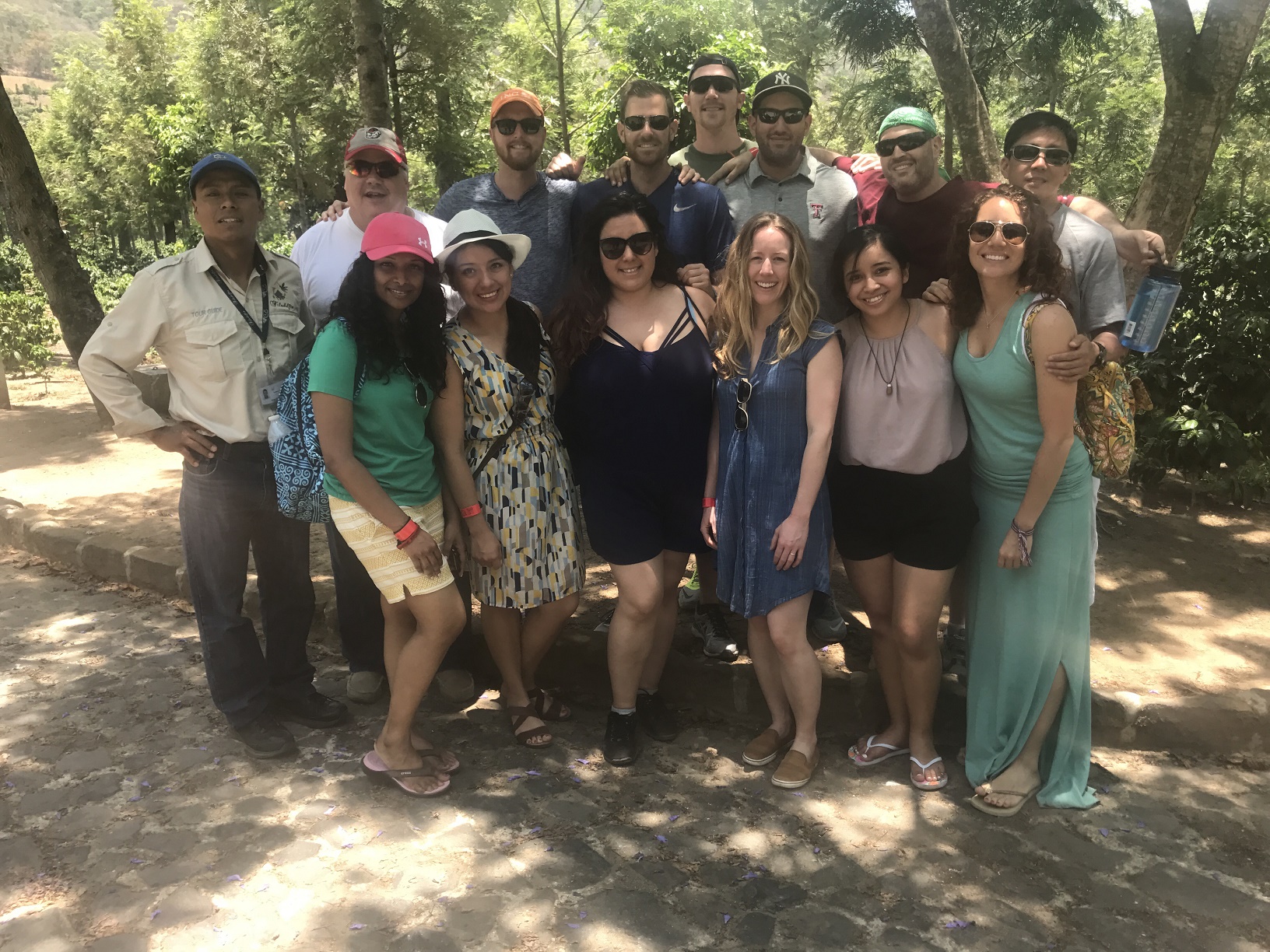 Ari called the trip “life-changing,” saying he came away with so much. While health problems had kept him from going on a mission trip in the past, he says he had a huge breakthrough. And although he also worried about how he’d respond to seeing extreme poverty, he says God helped him get through it.

“When you see extreme poverty and you don’t know what to do with it, you grieve, but the person you primarily grieve for is yourself, because it’s easier to be selfish,” he continues. “But if you try to trust God and you try to keep serving, He gets you past a little bit of the selfishness, and then maybe the next time you grieve you’re grieving for the person instead of for yourself. You just keep praying, ‘Help me to be a servant.’ ”

But even while they were there to serve others, Erik says he didn’t expect to have much of an impact on the people they met. They’d served two families in Chiquimula, building them stoves and sanitation facilities, but they’d only spent a few days together.

When it came time to dedicate the facilities and say goodbye to the families, though, it was more difficult than anyone expected.

“I remember in particular one of the kids coming up to us and giving us all big hugs and crying because he knew we were leaving,” says Erik. “Never did I imagine how hard it would be to leave and how much of an impact we had on those kids. We played with them, we loved on them, we shared the word of God with them. But when he began to cry, that’s when it hit me, that we had a huge impact on these kids in such a short amount of time.”

There were few dry eyes, Brandt says, and the children handed each member of the team a note, written in Spanish.

“Thank you for sharing the love of God with us this week,” one read.

“Thank you for showing us what love is,” read another.