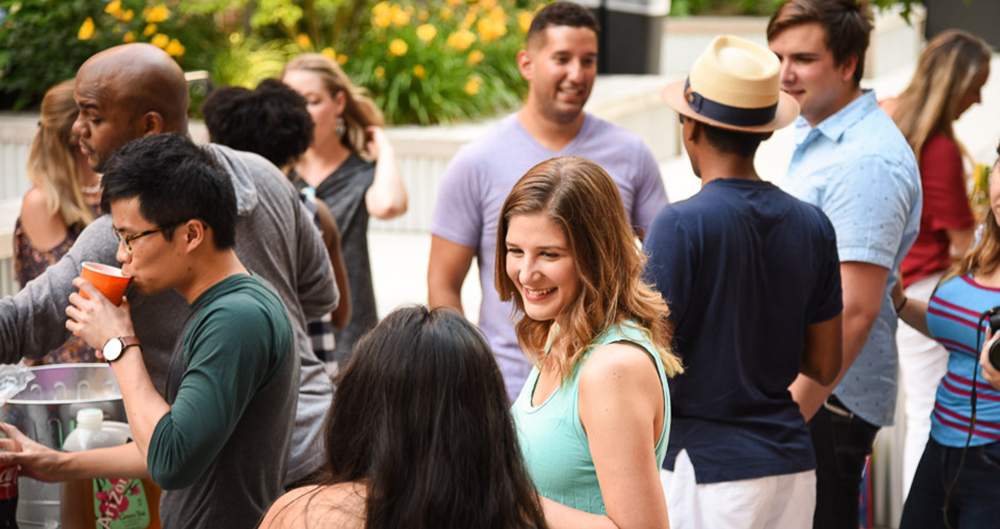 When we launched our dinner groups this fall, we started hearing some incredible stories about lives being changed and community being formed. But one of the stories we never expected to see coming walking into this was that dinner groups started to take place around the world!

We currently have a group running at Ohio State University, a family group in Ohio, an online group in Texas, a group at Fox Hill Gardens in Hoboken, two family groups in New Jersey, and there is even a group outside of the US in Sierra Leone! The cool thing about the new format this fall is that starting a group became easier than ever before. All that’s needed is a heart for people, organizing a place to meet, sharing some food or drinks, and turning on a video! Because of how easy the format is, people were inspired to start groups even if they don’t live in Hoboken or come to a service in person on Sunday.

One of the things we love so much about Dinner Groups is that they create more space for people to belong. The group at Fox Hill Gardens has eight people who meet after they livestream our service on Sunday, by simply getting together in the common area of the building. They are now all connected and able to participate in community in a way they may never have before.

The group at the Ohio State University was started by Melissa, with six of her dental school classmates. Her sister Lauren attends Hoboken Grace, and runs a group of her own, and Melissa was inspired to start her own group at OSU! Melissa’s prayer throughout this year was to get connected with some of her peers that shared in her pursuit to know and love God deeper. She attended Hoboken Grace once this past summer while visiting her sister, Lauren, and the theme of the conversation was connection. Melissa said, “Pastor Anthony was talking about the new dinner groups starting up, and I felt like God was talking directly to me that morning. After reaching out to classmates and meeting casually once a week for coffee before the dinner group series began, we developed a solid little group of six dedicated women supporting each other in our spiritual journeys. I am so thankful for the amazing resources Hoboken Grace has provided our group with!”

The group taking place in Texas is run by Michael who attends Hoboken Grace. He was nudged to start a group with his close friends who are living in different states, and runs his entire group online each week. “I invited my friends that aren’t here locally because I remember the challenge Pastor Chris gave us after one of the conversations. So when I decided to start up the group, I wanted to invite my close friends to it so we could take our friendship to a deeper level. We’ve always had brief conversations about religion and I felt it was time to take it to the next level.” And what’s awesome is that they are able to have this fellowship together even though they are living in different states. “The one thing that has surprised me about hosting an online group is that the energy isn’t any different than in person. We all still goof around and are incredibly open with each other.”

Groups sharing dinner around the world is something that we never anticipated happening but we are so thrilled that it has! To learn more about our dinner groups, click here.