By 1 p.m. last Sunday, craft time was over in Grace Kids. The Play-Doh, crayons and construction paper had been packed up. But in an apartment just a few blocks away, craft time was just beginning for the Little Steps teachers.

“Where will the arm hole go?” one questioned, wearing an old tablecloth like a toga.

“Is this tail big enough?”

Amid yards of yellow fabric, several bags of filling and a rainbow of scissors, they spent hours sitting on the living room floor. They measured, traced, snipped and glued, making eight costumes to wear at next Sunday’s Grace Kids Costume Party. 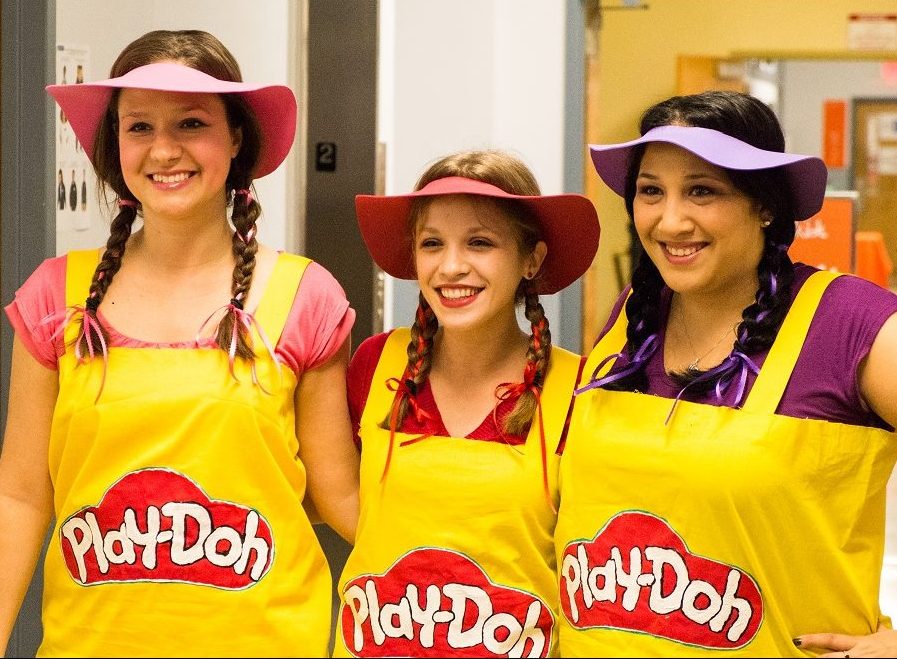 The event has taken place each year since around 2010. But becoming just as much of a tradition is the Little Steps teachers’ costume-making party. In years past, they coordinated group outfits. Then last year, they got together to make Play-Doh costumes. And on Sunday, six of the Little Steps teachers spent hours preparing for this year’s party. They’re going as Goldfish — as in the snack.

“I think we all appreciate how funny this is, because we’ve given the kids Goldfish every Sunday for seven years,” said Stephanie, who has served in Grace Kids nearly since the kids ministry began.

Courtney, another teacher, said they wanted to wear costumes that would be both familiar and welcoming to the Little Steps kids, who, at 18 months to 3 years old, are sometimes shy when they first enter the classroom. And in addition, she said, they wanted them to laugh.

“We can laugh at their costumes, but most of the time, at that age, they don’t really understand,” she said. “Unless you’re Elsa, they don’t know who you are. And they don’t really care. But if you’re a Goldfish, or if you’re Play-Doh or something that they recognize, I think it makes the situation even more fun.”

Sheena, who leads the team, says the costume party has been a great way to bond with the kids year after year. It’s an opportunity to giggle with them, and to connect with them on their level.

But it’s also become a bonding experience for the teachers, some of whom might not know each other well because they serve during different services. This year they made not only costumes together, but also eggs, bacon and hash browns. They gathered around a table to share brunch, as well as old and new memories of serving in Grace Kids. 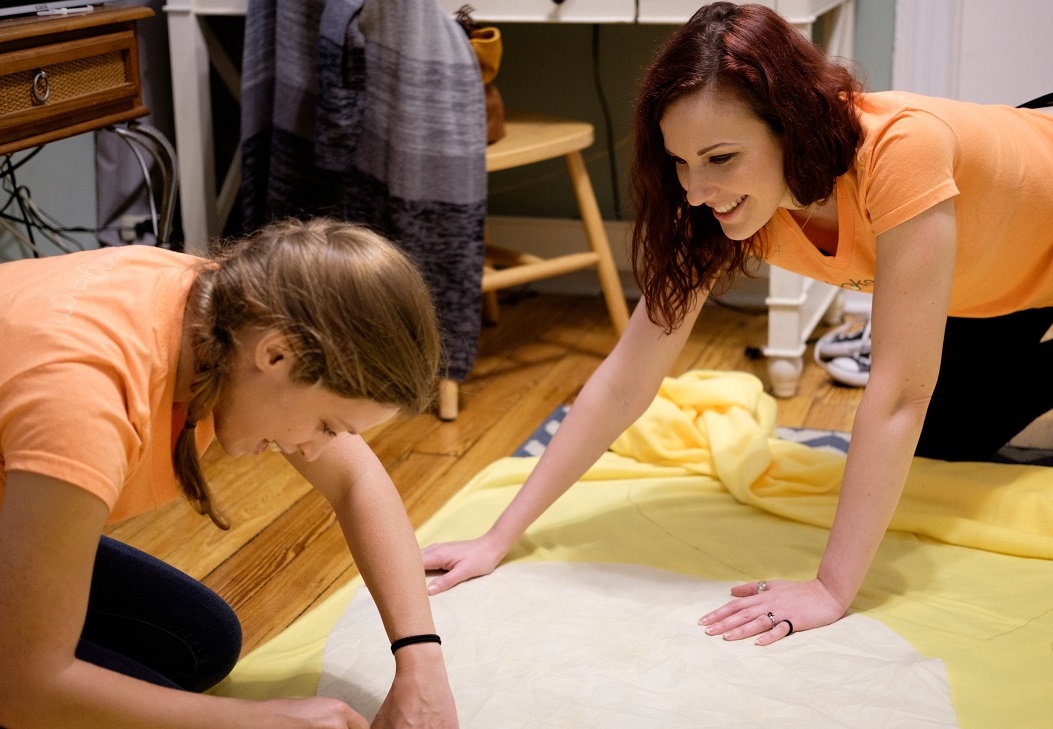 “It gives us an opportunity to be even more of a team,” Sheena said.

Next Sunday they’ll come together as a team once again, wearing Goldfish costumes as they welcome kids into class. The costumes — mostly yellow fabric and lots of filling — are held together with hem tape and fabric glue instead of sewn. It was easier that way, Sheena says.

But the fact that they used hem tape and fabric glue is somewhat fitting, too. Their bond with each other and with their kids is already built on those sticky moments of childhood — gluey fingers, juice box goo. The connection might start out fluid, but it grows stronger and solidifies with each smile and giggle. And there will be plenty of those next Sunday.

The Grace Kids Costume Party will take place during first and second service on Sunday, Oct. 30. All kids are invited to come in costume!

Are you interested in checking out Grace Kids? Email rachel@hobokengrace.com.