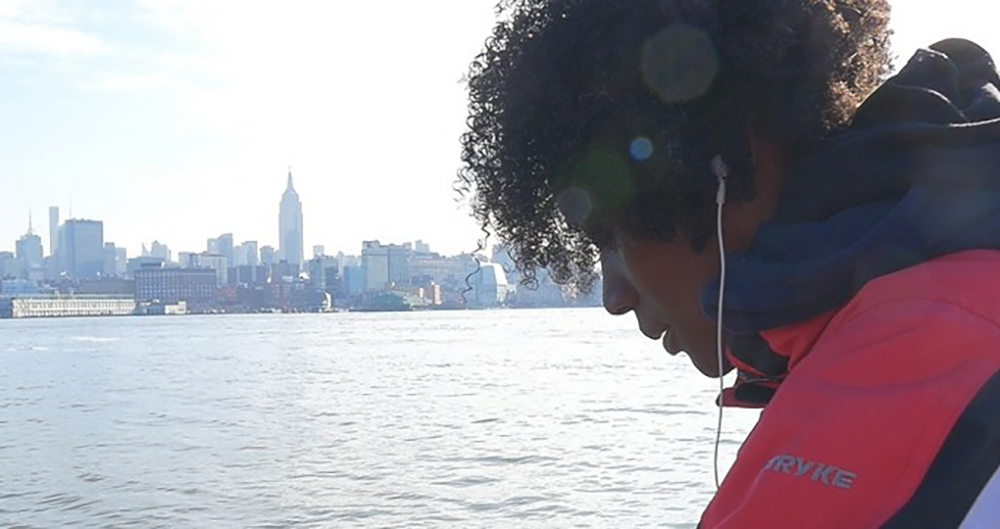 This blog post was originally published in 2016, but considering that it finally feels like fall this week, it seemed like the perfect time to revisit it. Also, be sure to catch our team of runners at the HoBOOken 5k on October 27th.

“I never thought in a million years I’d be a runner,” says Anthony. “In fact, I used to joke that if you saw me running, you’d better call the cops, because something’s really wrong!” Yet he tells me this several days after he’s finished his second half marathon, and started researching training for a full. Yes, a full marathon — 26.2 miles.

Anthony’s running, and he’s not the only one. Countless people who attend Hoboken Grace have spent the past year training for marathons, 5Ks and their own personal fitness goals. And while most of them likely got started for the health benefits, many say running’s also had an impact on their faith. It’s offered lessons about the importance of getting started, building endurance and even developing community.

Running, it turns out, can be a gift for both your body and your faith. Here’s what that can look like, as told by some of the many runners at Hoboken Grace.

“People told me I just had to get started,” Dana H. says about running. “But it felt hard to get into it. I had all these hang-ups about it.”

The struggle to get started running paralleled struggles she had experienced in her walk with God. “I felt I had to be right with God before I could get close to God,” says Dana. Similarly, “I felt like I had to be at a certain level of fitness in order to start running. It’s kind of like the devil playing with my mind, telling me, ‘You’re not good enough yet. You’re not fit enough yet.’ ”

Dana decided she wanted to break out of that type of thinking. Friends encouraged her to just run, so she finally did. She took the first step, ran her first mile and celebrated that achievement. “I had to understand that sometimes, faith is just taking that action even when you don’t fully believe you can do it,” says Dana. “Then you get closer. You get there.” She partly ran, partly walked the first time she went outside, but she finished what she started. Then she went outside again, and again, and kept pushing forward, even starting a training plan.

A few months later, Dana finished a half marathon.

“When you’re in full-time ministry, you can get burned out,” says Anthony. “Sometimes there are lies in my life, like that I need to be ‘on’ all the time. Then I get fatigued in life; I get fatigued in ministry.”

“For some reason, that got me jazzed,” says Anthony. “God came into that situation and pushed me through, and got me through the fatigue. It’s a reminder that He gets me through those down times. It’s a perfect analogy for living by faith.”

Running is also an excellent way to simply spend time with God. “I have some of my best conversations with God when I run,” says Christina, who’s been running since high school. “It’s a lot easier to spend time with Him during a run than, say, in stop-and-go traffic during my commute.”

“A lot of the challenge of running is actually mental,” says Christina. She runs frequently on her own, but she discovered that having supportive relationships made a tremendous difference in overcoming the mental hurdles to get out there and keep going. “It’s definitely the people,” she says. “It’s really important to have community. The people in my racing group have pushed me to believe in myself, to believe I can go faster than I thought I could.”

She compares the running community to dinner groups — “there are so many parallels.” In both groups, she’s found a source of support to tackle her biggest challenges. In both, she’s developed very personal relationships, and she prays the most for the people in these groups.

When Christina ran the New York City Marathon, she credited the community she’s developed for helping her find a way to serve others through running. She supported the charity Back on My Feet, which aims to impact the lives of homeless people by introducing them to a running routine. With the help of friends and family, she met her goal of raising $3,000!