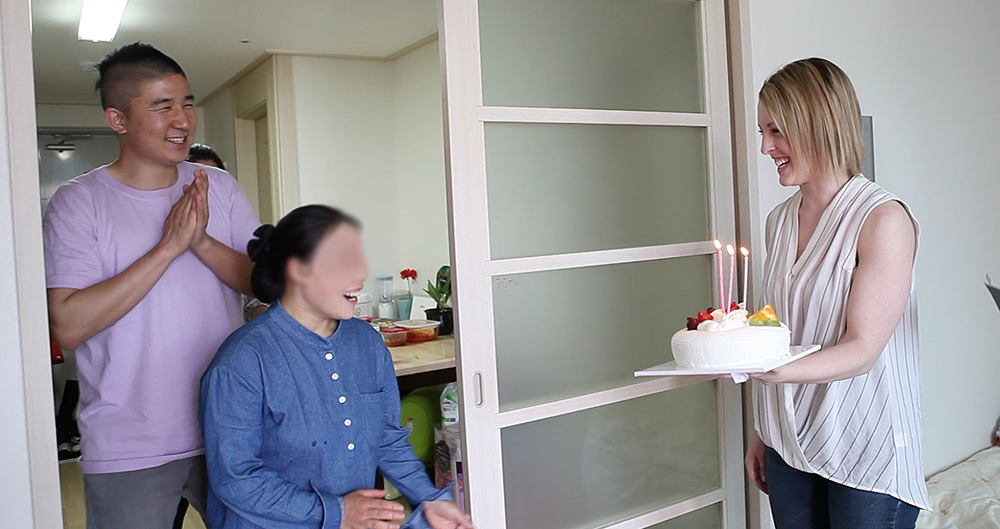 When a team from Hoboken Grace went to South Korea last spring, they threw a birthday party for a refugee, presented a career workshop and visited a propaganda artist’s studio.

“I think we are so accustomed to forwarding God’s mission through acts such as building or cleaning,” she said. “But the Korea trip really teaches you that God’s ultimate mission is to love people — to love people where they are and how they need it.”

The team spent a week working with Liberty in North Korea, an organization that helps settle and support refugees fleeing economic and political oppression. Hoboken Grace has partnered with LiNK for years and has organized an annual mission trip to Seoul since 2013. This year is no different — a team will spend June 26 to July 3rd in South Korea, getting to know some of the refugees the organization supports while also supporting LiNK’s staff through empowerment and team-building workshops.

For Rob, who went to South Korea with Hoboken Grace several years ago, the trip was an opportunity to see firsthand what LiNK was doing, and how he could support the organization personally.

“It was about being a witness, listening to refugees who have had their lives saved by LiNK and learning from the LiNK staff members about their bold plans for the future,” he said. “But it was also about letting my heart break for all the refugees’ family members still stuck in North Korea, and coming to realize that the best way I could help was to regularly donate to the rescue causes.”

The team usually meets someone new each day, hearing stories that are both painful and filled with hope. Last year they visited the studio of Sun Mu, a former propaganda artist in North Korea who now uses his skills to paint a different picture of what the world sees to be the conflict in North and South Korea and dreams of reunification. They also presented a career workshop at LiNK’s Young Leaders Program, which supports students preparing for college.

And then there was the birthday party they threw for Yoon Ha, a refugee who had left behind the sex trade but also her husband and daughter when she fled North Korea. She reached South Korea after trekking through mountains and traveling more than a day by bus — unaware she was nearly seven months pregnant. With no friends or family nearby other than her new baby, Yoon Ha celebrated her birthday alone — until LiNK and the missions team showed up with a cake, singing her “Happy Birthday” in both English and Korean.

It’s moments like these that make the trip special, said Micah.

You can read more about Hoboken Grace’s previous trips to South Korea here and here. For more information about this year’s trip, attend the info meeting this Sunday 2 p.m. or email anthony@hobokengrace.com.