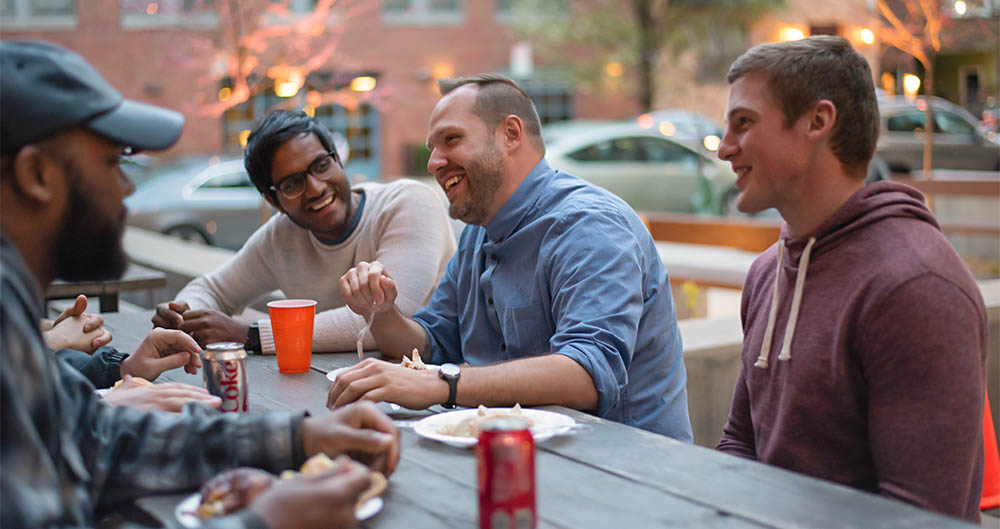 More than half of the guys in John’s dinner group didn’t join by signing up online, as some people do. They’re guys he simply met and invited. (In some cases, it took a few tries.)

“They’ll joke around, like, oh yeah, this guy tried to get me for six months before I finally joined a group,” John says. But even when it’s a joke, there’s also some truth to that.

After leading a dinner group for more than five years, John’s found that a personal invite is more effective than expecting people to sign up online. A personal invite can be incredibly impactful.

“A lot of times, people don’t feel comfortable signing up for a group after you tell them about it — they don’t know who they’re going to meet, and just having the ability to know a face before you go in can be really beneficial,” he says.

For someone like John – an extrovert who jokes that persistency is one of his gifts — inviting someone to dinner group comes naturally. But even if you don’t share those traits, inviting someone is usually easier than we make it out to be.

Here are a few steps to do just that.

1). Strike Up a Conversation

“A lot of times you are casually saying hi to your neighbors or hanging out with friends in your quarantine circle.”

“Getting to know your neighbors and colleagues is a great way to begin the conversation. The opportunities are there, you just have to look for them.”

John likes to share parts of his story to help people feel more comfortable, he often mentions that he leads a dinner group, and how beneficial that community has been in his own life. It’s a great way to meet people, he says.

Oftentimes, he’ll invite people to check out his group. It’s a way to let someone know they’re invited.

When someone expresses interest in your group make sure you have their number, John says. That way you can follow up with a text — which people are typically more responsive towards.

Don’t be discouraged if someone turns down your invitation.

“What I try to do is engage them every time I see them — just get to know them. I don’t try to push dinner groups, but maybe I’ll ask them about it a couple weeks later.”

In the meantime, build a relationship with them. Ask how they are doing, and invite them to a connection event or another outing with people from church. This can be a great icebreaker for people who have never attended.

“I invited several of the guys in my dinner group for more than a year,” says John. “And then it finally fell into place where it worked for them.” 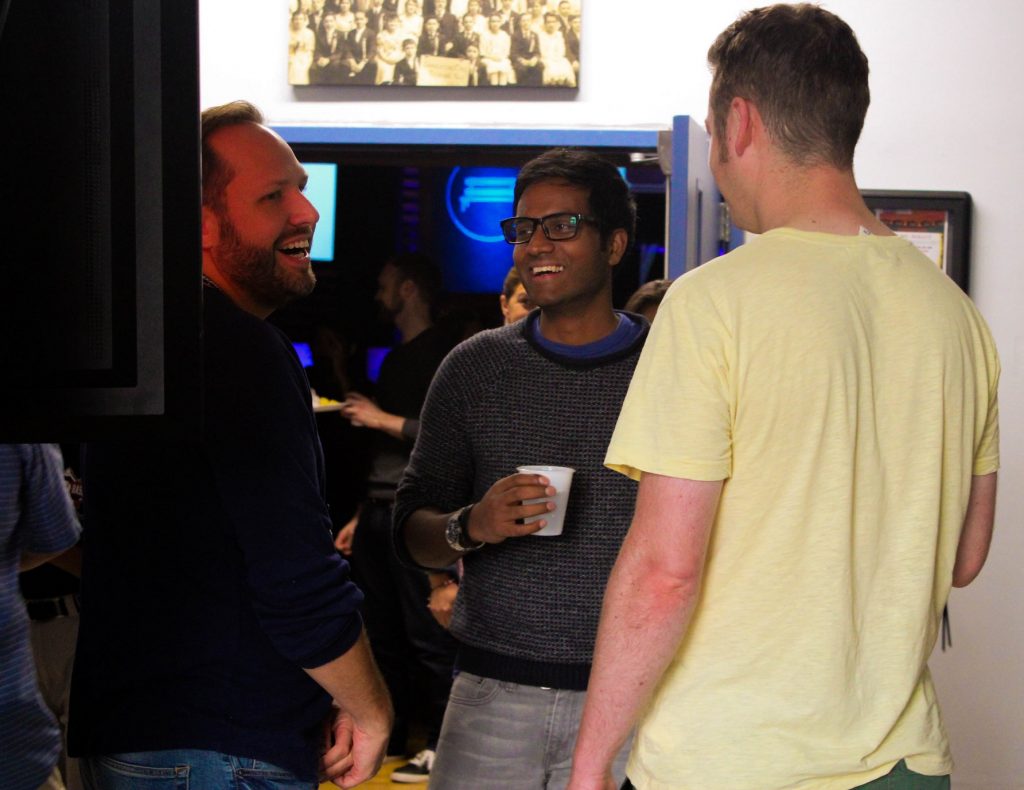 4). Don’t Underestimate How God Can Use You

“You never know who God is going to put in your path.”

That proved true on a recent Sunday morning when he attended an in-person service, when he started talking to someone he’d met once before. Midway through their conversation, John brought up dinner groups again.

“He was like, ‘You know, I’d actually be really interested.’” John says. He’d recently moved to the area with his girlfriend, but they broke up not long after. He didn’t know many other people, he told John.

John invited him to his dinner group, and the first night he came, he told the group he was there because of a conversation he’d had with his mom that weekend. She knew he was having trouble adjusting and suggested getting involved at church.

It was the next morning that John brought up dinner groups and extended an invitation.

“That had nothing to do with me. I just happened to be there, because God planned that. And that’s why I say you never know who you’re asking.  … There are times when someone is going through something, or something’s going on, and you never know if maybe God’s been leading you to that person for a reason. Don’t think this has to happen at a church service. It can happen at any time or place during your day.”

If bringing people together isn’t your gift, find the person in your dinner group who’s a natural connector, John says. Encourage them to be the recruiter for your group. It doesn’t necessarily have to be the leader — it can be anyone.

Or, just try it and simply get to know someone.

6). Build a Group Where There’s Always Room for More

For John, dinner group isn’t just about Tuesday nights. He tries to build into his group throughout the week, whether that means inviting them out or attending a church service with them if they have never been. It’s a mindset that encourages his group to grow closer together and ensures that everyone feels welcome.

It also encourages further growth. Two of the guys in John’s group are apprenticing to lead their own group — one of them was someone John spent months inviting. They’re both great guys, with incredible gifts, says John. And once they have their own groups, they’ll be able to extend the invitation even further.

Interested in joining a dinner group? You’re definitely invited! Visit hobokengrace.com/dinnergroups or stop at a Connection Point on Sunday. Or, want to start your own group? Email dinnergroups@hobokengrace.com.