A few years ago, Barbara went to Jackie Cruz’s salon for a nail appointment and felt like there was something different about Jackie. A few years later, she returned to the salon and learned what made Jackie so strong and exuberant: Christ. She will never forget that day. Jackie told her about Hoboken Grace, where Barbara would eventually get baptized, along with her son.

“I had been praying for a community that would help me with my relationship with God,” she says. “By the end of my hair appointment, Jackie invited me to come to Hoboken Grace to check it out. I went in April, and haven’t missed a Sunday to this day.” 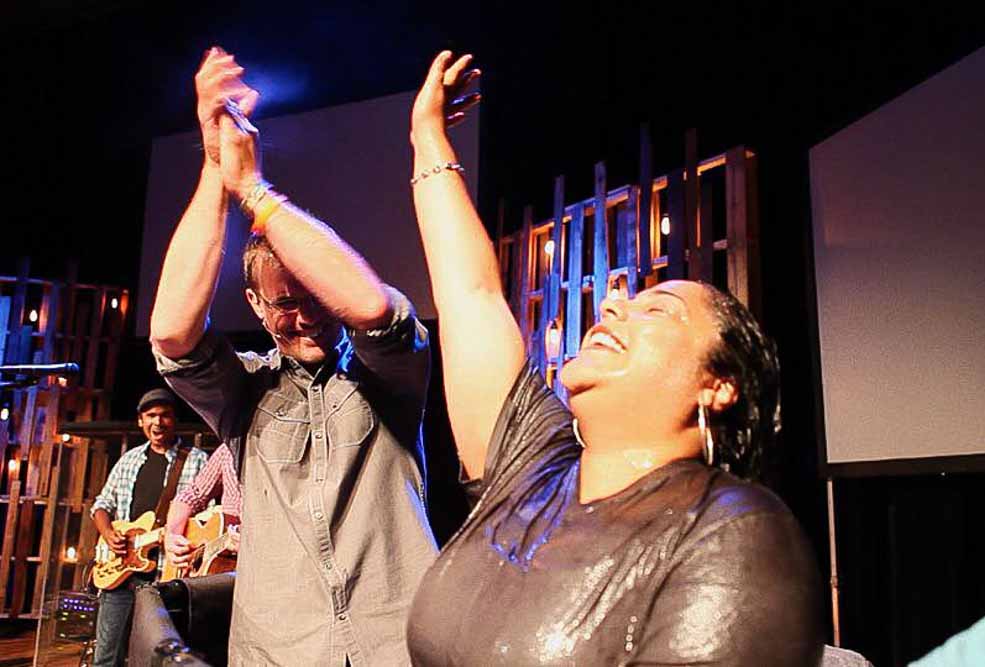 Barbara is a single mother of two, and Jordan, her youngest, has decided to follow in his mom’s footsteps. “Jordan and I are very close and are extremely similar,” explains Barbara. “He is in the high honors class and gifted and talented program in school. He wants to be a lawyer when he gets older.”

It was Barbara’s desire for a constant and everlasting relationship that drove her to get closer to God. The world just wasn’t fulfilling that desire. She wanted better for herself and for her family.

“I felt God tell me that He will take care of me and that He will love me like no other,” says Barbara. “He has my best interest at heart.” No other human is capable of loving the way God does, she says. Barbara got baptized to give her life to God and go wherever He leads her.

One day, after a service that had a baptism, Jordan went up to Pastor Chris and told him that he felt very moved and inspired, and wanted to give his life to Christ. Impressed with his determination, Pastor Chris gave him the information he needed and Jordan was baptized during the following series. Jordan reflects on how important it is to have his mom be on the same journey as him and says that now, they “can work together to get closer to Christ.” 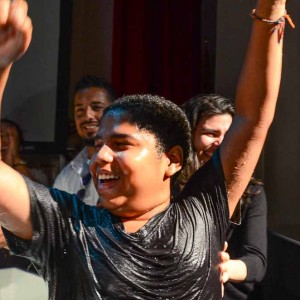 Barbara is excited to grow in Christ and to regain her confidence and sense of self-worth. She wants to leave a powerful legacy behind. She is also excited to have a community of people who care for her at Hoboken Grace and is appreciative that this community is asking how they can pray for her and her goals. “It brings me to tears,” she says.

If someone is hesitant about getting baptized, Barbara says the best piece of advice she can give is “Jump out of the boat!” Just do it. If it feels right in your heart and soul, don’t hesitate. You will never have it all together, and if you did, then what would you need Jesus for? Trust God in everything you do, and He will not forsake you.

To learn more about taking the step of baptism, attend  Hoboken Grace’s class What Is Baptism after service this Sunday.