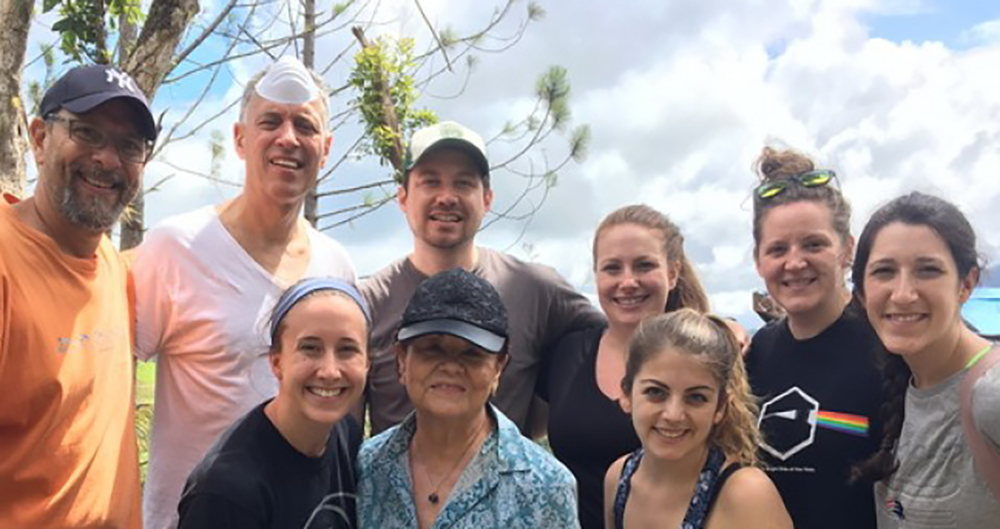 Missions trips are something that are hard to put into words. It’s difficult to articulate just how impactful and emotional a trip can be. I’ll give it my best shot!

I joined Hoboken Grace early last year and was in awe of how much love existed in one place. The second time I attended it just happened to be Missions Sunday — when Pastor Chris and Anthony talk about how to get involved with an upcoming trip.

I was reading through the missions pamphlet and came across Puerto Rico, a disaster relief trip to aid in the aftermath of Hurricane Maria. Something in my heart dropped. I grew up in South Florida, so the hurricane destruction was all too real to me. When Maria was developing, she was heading straight to my hometown, where my parents and my sister still live. The storm was massive and showed no indication of changing course. About 12 hours before the storm was to make landfall, the storm took a hard turn and missed my family completely.

You know how God does that thing where He nudges you? He’ll put something on your heart and it won’t go away? That’s what he was doing with me, with this trip. I left service that day thinking about Puerto Rico, but had no intention of going there. I didn’t think I could raise enough funds in time, I didn’t know anyone else going on the trip, and I was still new to the church and the Hoboken area, so it didn’t seem like a good fit. I went to bed that night and woke up still thinking about the trip. I prayed about it for two days, and God was practically yelling at me to go. So I signed up, still nervous about going, but knowing it was something I needed to do.

I didn’t know how I was going to afford the trip, but I trusted God and knew that if He wanted me to go, He was going to do whatever it took to get me there. I ended up posting about my trip on a few social media platforms and hoped that maybe I could raise $500 or so, which would significantly help my total goal of $1,200. A week before the trip, I had somehow raised the entire cost! I was in tears looking at my Managed Missions page and seeing “100% to Goal.”

The  first day of the trip was the first time we were all together as a team. We piled into a van and headed to the airport. Before departure, we were told that we didn’t have a structured plan of what we were doing each day — we’d get job assignments each day and go from there.

We arrived in Puerto Rico and met up with another church that was joining us. The next five days could be summed up as exhausting. We woke up early each morning, with some team members making breakfast, another team taking care of lunches and the rest packing the vans with the equipment we’d need for the day. Most projects were pure manual labor, which gave a whole new meaning to “back-breaking work.” Our projects for the day were either removing debris, reconstructing houses or food distribution. At the end of the day, we’d return to the church that was hosting us physically and emotionally drained and have dinner, spending the next few hours talking about the day, expressing our gratitude, and praising God with every breath.

There was one day that I was pushed to limit, something I’ll never forget. Lauren and I had to fill in a trench, and while that sounds easy, recent rain had caused all of the dirt to cake together. We had to use a pick axe to make the dirt malleable enough to fill the massive plumbing trench. The dirt had the consistency of clay, and we spent hours hammering through it. At some point during that day it ended up raining again and we were instructed to move 200 cement blocks. Two hundred, just us two girls, moving 200 cement blocks. We didn’t even blink, we just started moving them. For each block I touched I said a little prayer for my family, Hoboken Grace or Puerto Rico. 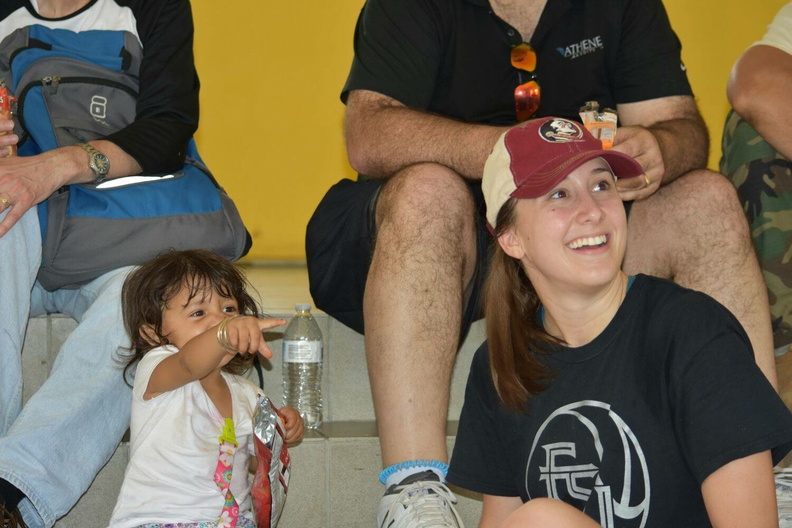 There was so much positivity and love on this trip. I have never been with a group that was so in love with serving and had hearts for the Lord. Every person had the same mentality — “what can I do to help,” “what can I do,” “what else is there.” There was never any mention of, “oh I’m too tired,” “oh this is to hard.” It was always, “Alright, let’s do this!”

This trip I firmly believed, saved me. It transformed my heart from just being a Christian, to being head over heels in love with Christ. He was in every second of every day on the trip. I saw Him in the smiles of my teammates after a long day, I felt Him in the hugs of the community after we distributed meals. I saw Him in the work of the National Guard. I heard Him in my heart, saying, “This is why I wanted you here, to bring you closer to me.”

There is no doubt in my mind that we impacted the community in Puerto Rico. We distributed 40,000 pounds of food, rebuilt three homes, moved 200 cement blocks, and loved on a community that was so broken. But to me, what really made this trip was the presence of God in every little thing.

Looking back at this trip now, He has transformed my life in so many ways. Our relationship is different than what it was, I see Him in different ways, and I realized that He truly provides. He provided the funds for my trip, He provided emotional strength throughout the trip, provided physical strength to push my body to complete these projects, and provided me a team that I am now honored to call family.

Taking a mission trip is the best decision I have ever made. I highly encourage everyone and anyone to be a part of it. God works in such incredible ways, and there is no better way to serve the Lord than getting your hands dirty!

Shelby is a member of the Missions Team at Hoboken Grace. Interested in going on your own missions trip? Visit hobokengrace.com/mission-trips.