Once a year each spring, dozens of bales of hay are hauled into Hoboken and strewn across a playing field. Underneath lie thousands of pastel Easter eggs, ready to be scooped up and cracked open by ecstatic kids.

The event — which also includes pictures with the Easter bunny, carnival games, bounce houses and face painting — has grown so big that Hoboken Grace is holding not one, but two Easter egg hunts this year, both on March 19th. The hunt is open to children of all ages and completely free. It’s a great way to love the community and build relationships.

Two years ago, shortly after moving 3,000 miles away from their friends and family, the Taylors brought their son, Jackson, to the event. As they watched him search for eggs, it was there that they, too, found a place to call home. 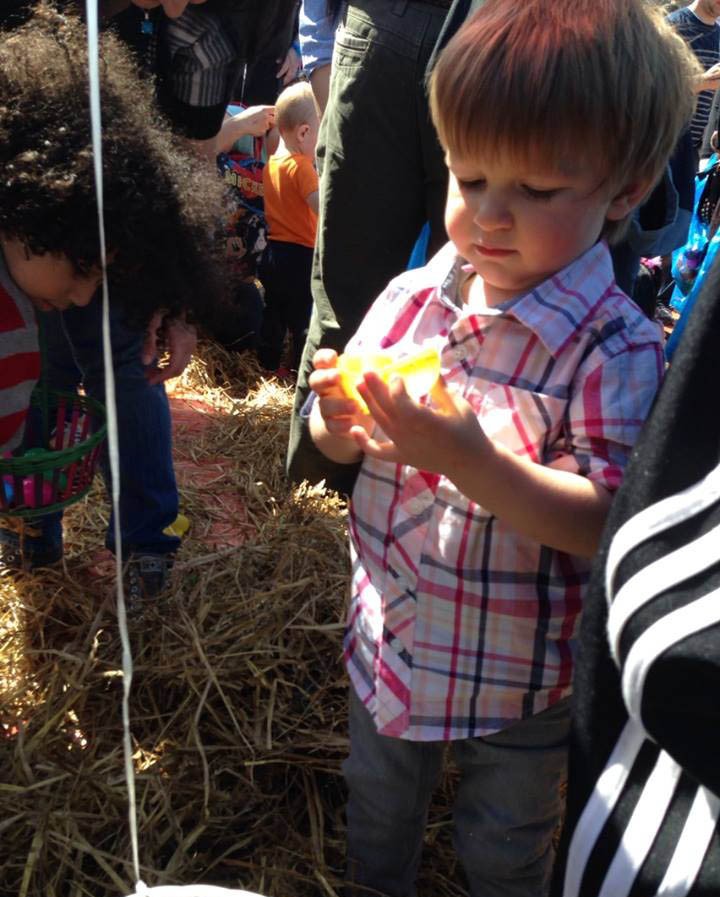 “We knew no one, didn’t know the city, and our first holiday on the East Coast was quickly approaching,” recalls Heather. “My son was turning 2 two days after Easter, so I was full of emotions over being so far away and not being able to celebrate Easter and a birthday with our family.”

Wanting to do something fun for Jackson, Heather and her husband, Michael, searched for a nearby community event. A Google search led them to Hoboken Grace’s Easter Egg Hunt. Heather says she talked to Jackson for days about hunting eggs and seeing the Easter bunny.

“When Jackson saw the field with eggs, he finally understood and it took both of us holding him back until it was time to hunt,” she says. “Once we released him, he ran out, grabbed one egg, opened it, and his eyes lit up. … Candy is a rare treat in our home, so he was beyond excited.”

Jackson loved the carnival games spread out around the field, Heather says, and also took a picture with the Easter bunny (even though he wasn’t a big fan).

“It was a great day, and even though we didn’t really know anyone, we left feeling happier, and certain that we could make this home,” she says.

Later that day, the couple started talking about attending a church. “We had no question that after how great we were treated at the hunt, Hoboken Grace would be the first one we checked out. The giving and love that were clearly on display solidified our choice,” Heather says.

“After one Sunday visit, we were convinced,” she says. “Hoboken Grace became our home and we’ve never looked back.”