Sometimes we forget that our faith doesn’t exist in a vacuum. At the start of Hoboken Grace’s Rhythms series this Sunday, Justin said: “For a lot of us, we discover we separate parts of our lives into components, into little sections, into compartments.” We keep compartments for our friends, our family and our work. And then there’s a compartment for church as well.

I was reminded of this in the weeks following the publication of my first blog post for Hoboken Grace. As my brother drove me home from the train station, he was the first to broach the subject: “So you’re writing for a church newsletter now?”

My family is not particularly religious, and my unexpected “conversion” merely turned a few heads. But for some, choosing Christ means leaving old faiths behind. And for others, it means breaking family ties.

Sean has been attending Hoboken Grace for four years, but 20 years ago he began his Christian journey in an agnostic household. The oldest of 10 children, he was invited to join a youth group by a friend when he was in eighth grade. His parents, wary of organized religion, made it clear that they did not approve.

After first grounding him for an entire summer after he attended church, Sean’s parents kicked him out of the house entirely when, as a high school student, he went to youth group.

Having nowhere else to go, Sean retreated to a friend’s house for the night. As he lay down to get some sleep, he muttered a quick prayer asking God for a sign. At 3:31 a.m. he woke to see a bright light exploding over him, accompanied by a voice:

“I love you, and I’m going to take care of you. Just believe in me.”

Sean tells this story better than I can write it, so I would encourage you to watch his story video as well. After that night, Sean has stayed the course ever since, even though it took many years for his parents to accept his faith.

For Stephanie, the conflict with her family wasn’t so much about religion itself, but about the tension between the church she was raised in, and the church she felt at home in.

Stephanie was raised in a strict Catholic household, and although she did all the “right” church things, she felt something was missing in her relationship with God.

Then, in 2007, a friend introduced her to Pastor Chris and his wife, Ana. A few months later, Ana asked if she would hand out flyers for Hoboken Grace’s launch night, and Stephanie inadvertently became the church’s first greeter. But she was shocked when it was Chris who walked out on stage to deliver the message.

“I didn’t even know he was the pastor!” she recalled. For Stephanie, it was a new experience.

“I was never exposed to that side of Christianity. I just felt warmth. And I actually understood the message. At Hoboken Grace, I listened, I took notes, I paid attention.”

“My dad was furious,” she said. “It made me feel awful. It went on for a couple of years.” 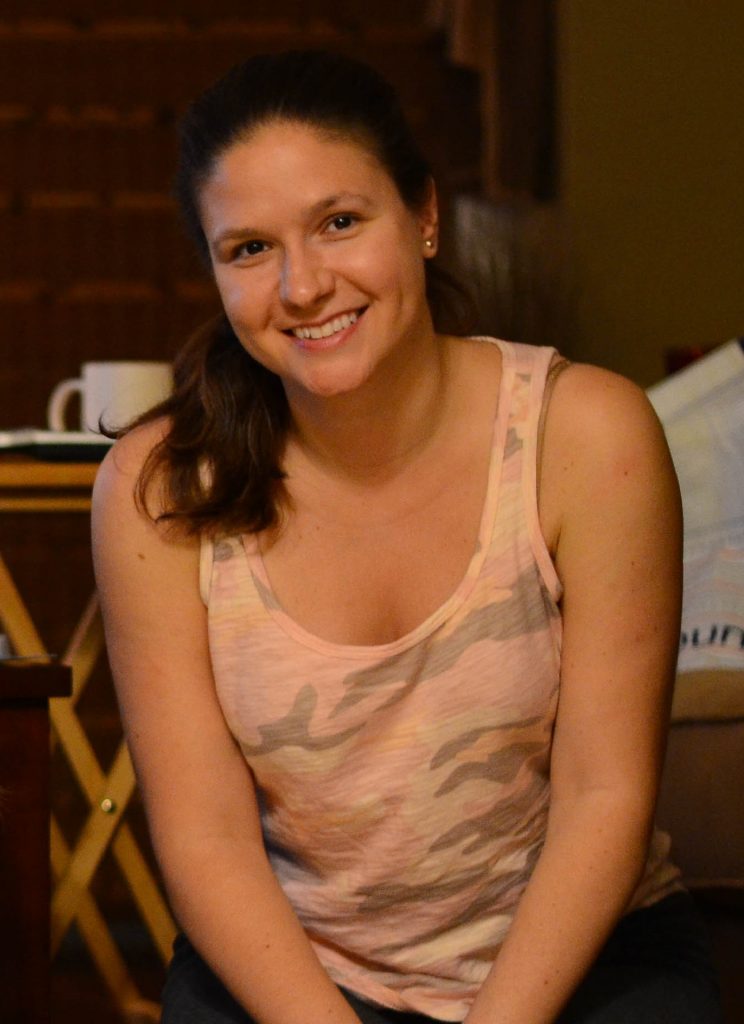 Stephanie wasn’t allowed to receive communion at home, her mother insisting she couldn’t do it without attending confession first. Hoboken Grace made her feel plugged into a community, but rather than feel happy for her, Steph’s parents put up a fierce fight. Still, she persevered.

“Be strong in your faith,” she advised. “Don’t waver when someone challenges you.”

For many years after, Stephanie simply didn’t bring the subject of church up in front of her parents. She believes Grace Kids eventually played a part in turning the tide. Bringing home stories about her time with the kids at Hoboken Grace slowly softened hearts – eventually, Stephanie’s parents started asking her about church.

“It took a long time for them to warm up,” she said. “Now they’re totally accepting of it.”

For some, joining a church pours positive influence back out into their other “compartments.” Mike’s parents were never actively involved in the church, but his grandmother regularly took him to church and was an early influence in his life.

“She was very selfless in a lot of the things she did. That was God working through her,” Mike said.

For a long time, Mike had trouble finding meaning and purpose in his life. He moved to New Jersey from Maine two years ago with a new job, which gave him renewed energy. However, his old feelings of emptiness eventually returned. After a particularly introspective trip to Vegas, Mike realized that although his life looked great on the outside, he was a total mess on the inside.

Things changed when he decided to attend Hoboken Grace after seeing the church offices in town. There, he heard a message about the story of the farmer scattering seeds. Mike broke down, finally realizing what he was missing in his life.

“I was chasing down something no person or thing could ever fill,” he said.

Since then, Mike’s life has changed for the better. He was baptized that June and met his wife over the summer. His parents, he says, have also seen the positive change in him since then. His dad, he said, has been encouraging, and his mom is happy that he’s found a community. And then there’s his sister, who has started to go to church in Maine.

In the end, all of the people mentioned here share something in common: They found something in church that they had been looking for, something they couldn’t find anywhere else in their lives. And eventually, that became the reason they stayed.

Matt is a member of Hoboken Grace’s Writing Team.