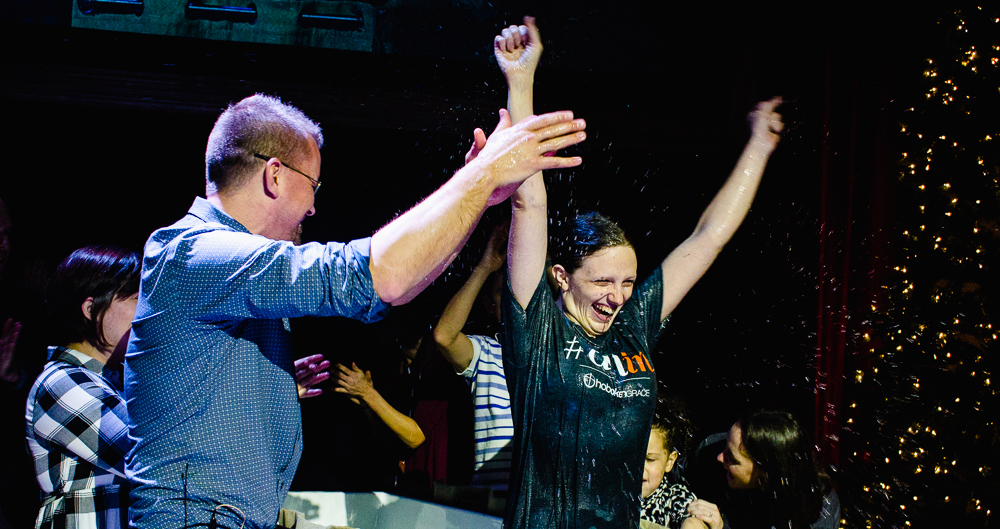 After growing up in the foster care system, Heather was left with the feeling that God had abandoned her. It was one of the most difficult periods of her life, she says, one filled with more bad experiences than good ones.

Years later, when her friend Meghan introduced her to Hoboken Grace, Heather had more than a few reasons to turn down the invitation. In addition to feeling abandoned, she was “anti-church,” she says.  Heather was also afraid of feeling judged.

“I struggled my whole life with depression, and I was concerned about people judging me at church for being a single mom,” said Heather, whose daughter Hailey is now 5.

When she decided to give Hoboken Grace a try, it was the people she encountered, and the way they made her feel, that kept her coming back.

“I was in a dark place when I started attending church, but being greeted by someone smiling at the door was a feeling that boosted my spirits,” she says.

She even signed up for one of the church’s dinner groups, a family group where kids were welcome. The idea of spending time with other families each week was refreshing, she says, and she started attending regularly.

“It may sound corny, but being a former foster kid, they were so nice and welcoming to me,” she says.

The group’s weekly gatherings became a safe place where Heather could talk about some of her past hurts — and find healing in them. Her faith has become her reason for getting out of bed each morning, she says. And feeling the constant support of her dinner group, as well as others at Hoboken Grace, has put most of her loneliness away.

Last month, family and friends surrounded Heather as she took the step of getting baptized. Part of her motivation, she says, was the realization that it’s “progress, not perfection,” that’s important in your walk with God.

“Thank you to all of my friends, and everyone at Hoboken Grace for supporting me, and showing me that I deserve love, and that I am wanted,” she wrote on Facebook afterwards.

Heather says she never thought her life would be filled with so much joy, friendships and people who love her. It’s a feeling she now wants to share with others.

“I want to help people who suffered with a childhood of foster care,” she says. “If I can make an impact in someone else’s life like how Hoboken Grace gave me my life back, then I can make a difference in others’ lives.”