When I was in high school, my dad rededicated his life to Christ. My mom saw his newfound faith as something good and important for him, but not necessarily something for her. For almost a decade, my parents went to separate churches. And gradually, my mom stopped attending on a regular basis.

“Even though I prayed and thanked Him and talked to Him, I just felt like something was missing,” she said.

When I came to work for Hoboken Grace full time and started pursuing a career in ministry, my mom said she began attending church again, but this time via Livestream. At first, it was just a way for her to connect with me and see what I was up to. But what started out as a way to spend some virtual time with her son turned into long phone calls with me to discuss the message and deep conversations over dinner with my dad.

It was clear that God was beginning to speak into her life, and when my parents came to visit me and my wife in Hoboken, they came to church with us. After years of separate Sunday mornings, Hoboken Grace became the first church where my parents worshipped together again.

A couple of years later, my dad emailed me with the news that he and my mom had found a church for them to attend together. My dad cut ties with his previous church, where he had served for over a decade, in order to be able to worship with his wife every Sunday. Flatiron Community Church in Lafayette, Colorado, became the church they attended as a couple.

My mom says she felt the tug to head back to church because there was something missing in her life, and she didn’t know exactly what it was.

Even with a new church home, my mom still kept connected with Hoboken Grace. She attended service at Flatiron on Saturday nights, just so she could watch Livestream on Sunday mornings. Often, the two messages, delivered on opposite sides of the country, struck similar chords, and my mom would call me up to ask me if we were on some kind of overlapping sermon calendar. I told her no, but that I always think that God knows what people need to hear, and He can use that across any number of miles.

After going to Flatiron for about a year, my mom said that church was great, but she still felt like something wasn’t right.

“I needed something more, and I just didn’t know what it was. I prayed for Him to give me an answer,” she said.

As my mom attended Flatiron and tuned in to join me at Hoboken Grace, the topic of baptism seemed to surface again and again. Both churches believe that baptism is a symbol of a life changed and a sign that someone has placed their faith in Jesus Christ. 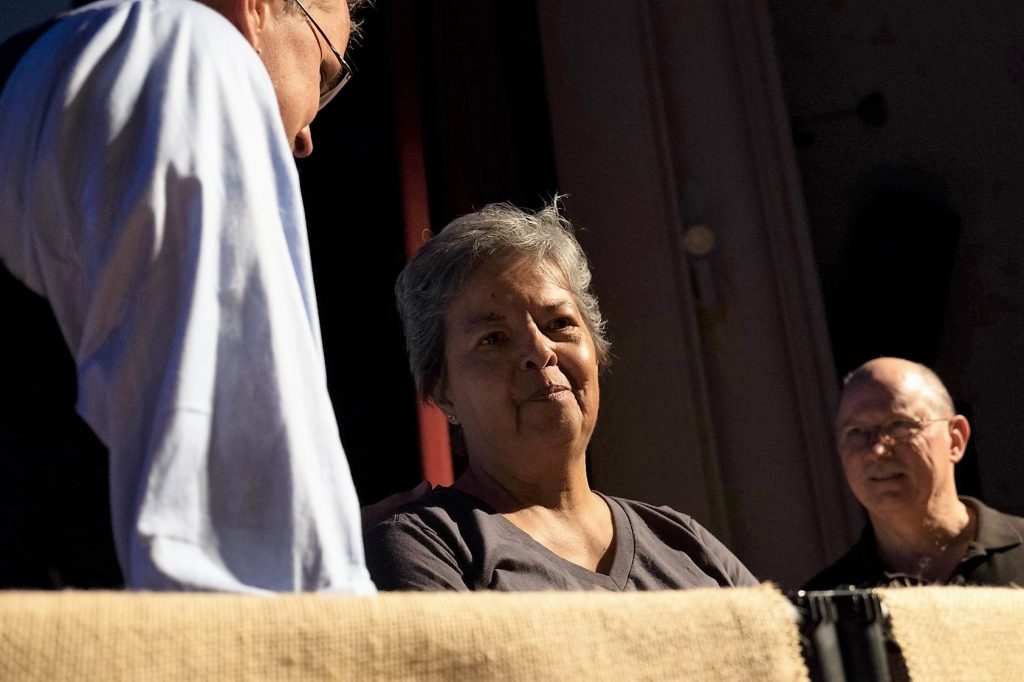 “I would hear about baptism and think I had already taken that step because I was baptized as a baby,” said my mom. “I don’t remember it, but my parents said they did it.”

Then on May 14, Flatiron Community Church presented a message dedicated to baptism. That night, after the service, before bed, my mom prayed that God would give her a sign or something to let her know if she was supposed to take the step of baptism.

“The next day we made sure to tune into Hoboken Grace because Anthony said he would be giving the message. He never tells us what he’s going to be talking about, so it’s always a surprise,” said my mom. Imagine her shock when the message was all about baptism as well.

“I thought, ‘There it is. There’s my sign.’ I felt like it’s something I had to do,” said my mom. “I knew that my parents baptized me for a reason, but now as an adult, it was time to show everyone that it’s my choice. No one talked me into it. It was time for me to take the step.”

My mom called me that night, and we talked for a couple of hours about baptism. She asked when Hoboken Grace was next holding baptisms. The timing was providential – my mom and dad had already planned a trip to Hoboken over Memorial Day weekend, and Hoboken Grace had scheduled baptisms for that Sunday.

I did a pretty good job of holding it together until we hung up. Then I just started weeping. My wife was crying, too. It was something we had both been praying about, and it was just amazing to see God at work.

I always get emotional at baptisms, but just thinking about my mom doing it got me completely choked up inside. Pastor Chris asked me throughout the week if I wanted to baptize my mom. I told him I didn’t think I was going to be able to speak.

And when it was her turn to come on stage, I started to weep as soon as we began to make our way up the stairs. I was so thankful, overjoyed and proud. When Chris asked her the two questions and then stepped aside to let me baptize her, I doubt anyone heard the words of baptism I said because I was so choked up.

“I chose to do it at Hoboken Grace because I wanted my family with me,” said my mom. “I wanted my son, my daughter and my husband with me. Then when Pastor Chris told Anthony to baptize me, it just made it all the more special. It was meant to be.” 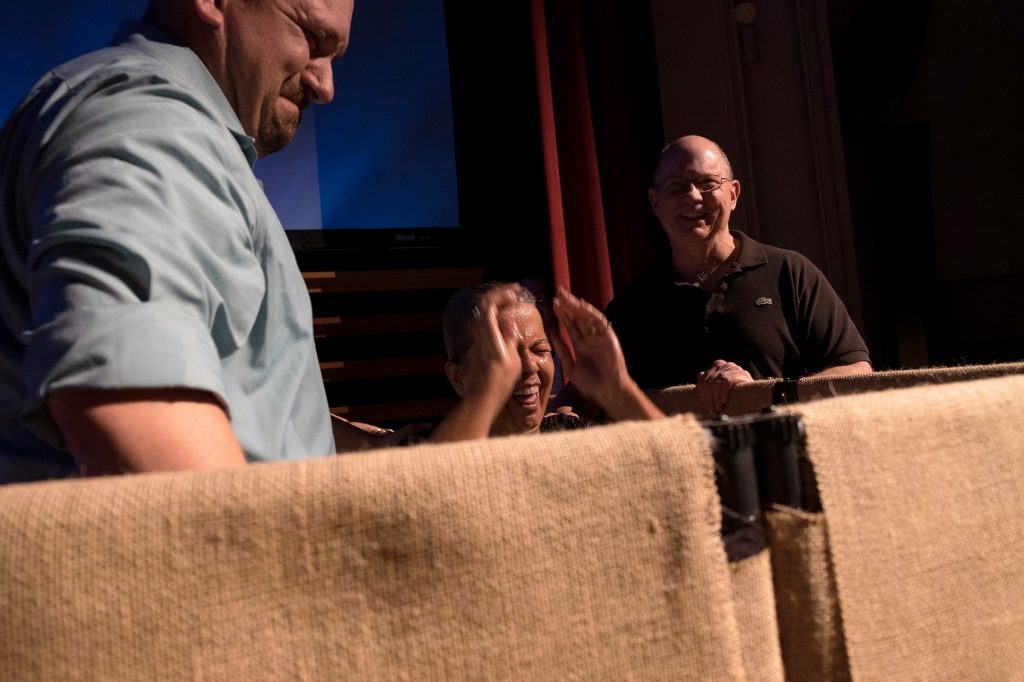 To learn more about taking the step of baptism, attend Hoboken Grace’s class What Is Baptism, held after each service on Sunday, June 12.