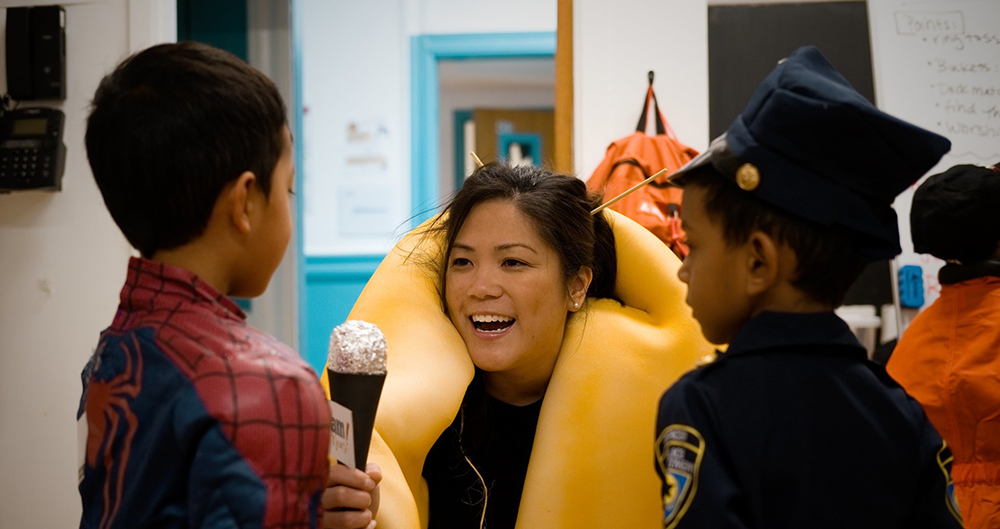 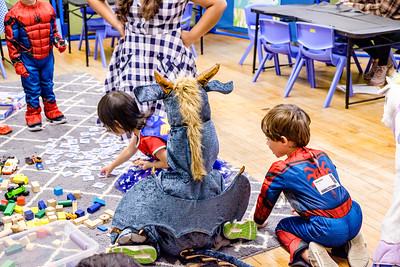 This past Sunday, the weather was dark and drizzly outside. But as I shook off an umbrella and headed indoors to the Hoboken Grace Kids costume party, a little girl yelled, “It’s raining cotton candy!!” Weird analogy but okay? I thought.

To my surprise, nothing dispersed that feeling of a gloomy day like witnessing children light up and break through clouds of cotton candy that were quite literally tossed in the sky and showered upon them. A kid with neon blue lips smiled up at me and whispered, “ it’s my first time here, someone gave me a dollar to come today, so technically…,” he smirked, “I’m being paid just to eat cotton candy.” Seeing I was amused, he bragged on, “I’m gonna save it to buy Legos!” It wasn’t clear what his costume was, but he’d make a good businessman. 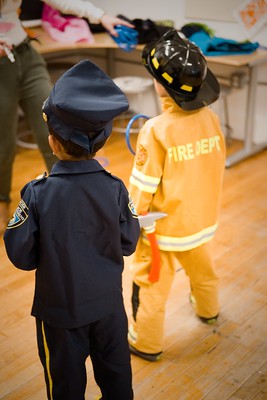 The fourth floor was a rainbow of costumes flooding every classroom. There were superheroes of all kinds: firefighters and astronauts, World Cup soccer players and comic book characters. Even a brave policeman pulled me over to flex that he was proudly 5 years old.

Down the hall were lions and tigers and bears, oh my! “With all the animal costumes we almost had a whole zoo” said the Tin Man, who must have been given a heart from Mr. Oz for teaching in Grace Kids. “We had a cute rabbit showing off a real carrot, but it was funnier to see her later tackling a lion. It’s supposed to be the other way around,” he laughed. (Sounds a bit out of carrot-ter…) Meanwhile, Baby Shark was making a splash and some saw dragons fly by. It’s even rumored that a Tyrannosaurus Rex was spotted dancing in the wild.

Some costumes were extra bomb this year, particularly that of a certain Mad Scientist who kept inventing ways to make me explode. Wearing a lab coat and biohazard access badge, with an arsenal of test tube chemicals and some choice static gray hairs, it was clear this 5th grade mastermind was insanely genius. 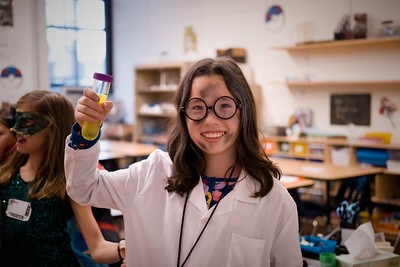 But what especially blew me away was seeing how many Grace Kids had invited friends from school. Spider-Man took off his mask to speak with me, though I won’t reveal is identity. “Some friends don’t ever want to go to church for some reason, but I invited my friend because I knew he would have fun at the costume party. He likes wearing costumes.”

That Spidey-sense was proven right when his friend “Percy Jackson” introduced himself, jousting a Herculean sword like the “greek mythological battle victor” he claimed to be. It was his first time at Hoboken Grace.

As for Spider-Man himself, he says the wall-crawling web shooter is the best superhero “because [Peter Parker] is a kid like me. Oh, and also…he’s the best because he doesn’t swear. I like Iron Man, but Iron Man swears.” Wow, a “stark” comparison and convincing argument—leading me to believe Spider-Man has saved people from sticky situations. 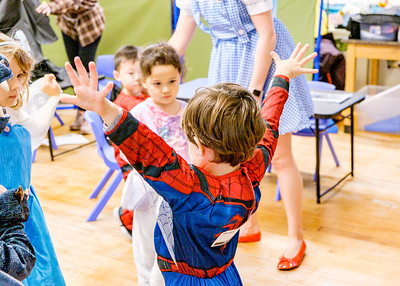 A unicorn also told me she horned in on inviting her classmate, a Victorian vampire who sank her teeth into the opportunity because “wearing costumes means we don’t have to wear school uniforms and can stand out more.” That vampiress with a high-collared, blood-red gown had razor sharp insight: it would have sucked the life out of this costume party if everyone wore the same thing. 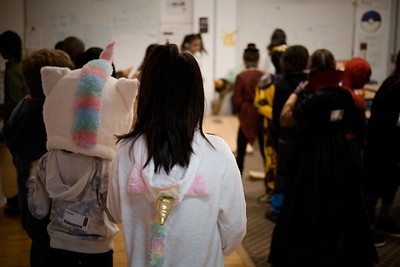 Instead, of course, the Grace Kids Mega Awesome Costume Party was one huge kaleidoscope of creativity. It was like stepping into a multidimensional universe where fashion met fantasy. There were superheroes reigning supreme, kings and princesses ruling together, zoo animals playing with prehistoric and mythical creatures, and well, everything else under the sun. Even though the kids were wearing costumes – pretending to be someone or something else – their personality and interests were on full display. They were able to unmask a different side of themselves, and also reveal to their friends a side of church that they might not have imagined … one filled with cotton candy, dancing dinosaurs, and here it comes, Baby Shark doo – doo – doo – doo – doo – doo.

Good luck getting that song out of your head now…