For years as a kid, Brandon Black would lie in bed at night and stare up at a miniature replica fighter plane hung above his bed.

The plane was an F4U Corsair, the exact model flown by Mr. Vander Horst in World War II.

“He wasn’t just a fighter pilot,” says Brandon. “Mr. Vander Horst was also an extremely successful businessman and the coolest, most genuine and humble guy I knew. ”

“Looking back, it’s a good thing we had someone with a military background,” says Brandon. “There were at least six boys in the class. And we were all into spears and slingshots and running around in the woods.”

The boys spent a lot of time in class building model airplanes and cars, and listening to Mr. Vander Horst’s stories.

“I wish I could say that there was some big life lessons he taught me,” says Brandon. “But it wasn’t like that, or maybe it was and I just totally missed the takeaway. But what I do remember is feeling incredibly special that this amazing, cool older guy chose to spend time with us every week. He didn’t have to be there, he wasn’t anybody’s dad. But he showed up for us and talked to us like we were people, not just kids.” 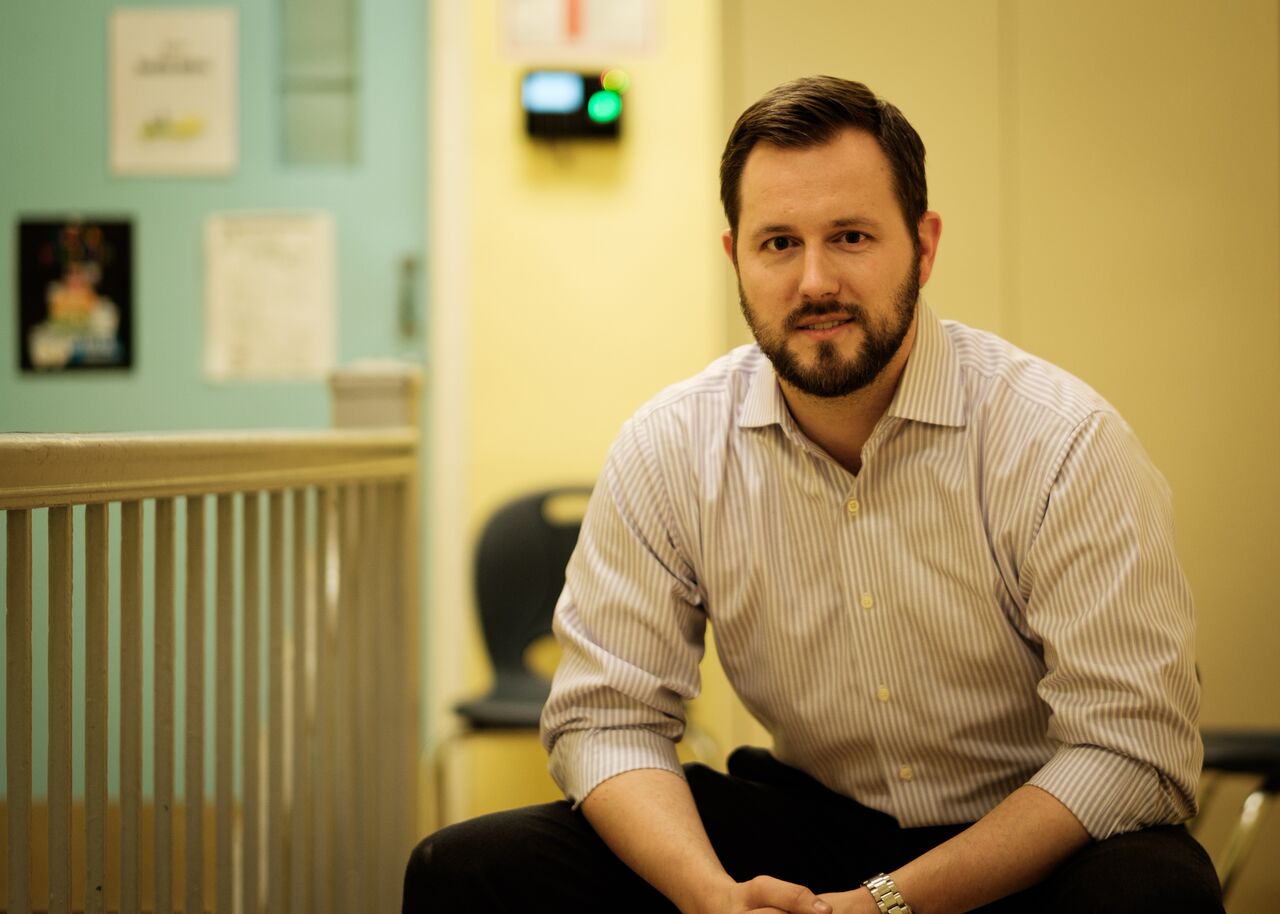 Nearly twelve years after Brandon finished building his model plane, he boarded a flight that would determine the direction of the next decade of his life. That flight was from his hometown of Lincoln, Nebraska, to Newark, New Jersey.

“I remember I flew in that morning, interviewed all day and then flew out that night,” says Brandon. “I didn’t know anything about New Jersey. I always wanted to live somewhere like Denver and go hiking and skiing on the weekends. But in the end I chose the industry I loved over the place I loved.”

While Brandon thrived at his new job, he admits that his personal life was fractured and disjointed.

“My apartment was in Hoboken, but I worked in Mahwah and went to church somewhere else. When I hung out with friends we would go into NYC or just get out of town for the weekend,” says Brandon. “Hoboken was just somewhere I slept, it wasn’t home. I was living with one foot out the door. I always thought I was about to move.”

But after five years of living like this, Brandon knew that things had to change. He needed to commit to something to give himself boundaries.

“I would just stay at work until 9 or 10 at night,” says Brandon. “I’m sure I wasn’t very efficient that late, but I could tell myself I was still getting something done. And there wasn’t anything to come home to anyway.”

Brandon decided to commit to Hoboken Grace, a church he had only casually visited before. With his engineering background, he figured he would get involved by joining the finance team. But God had a different plan. He left the Impact Fair having committed to trying out kids ministry. 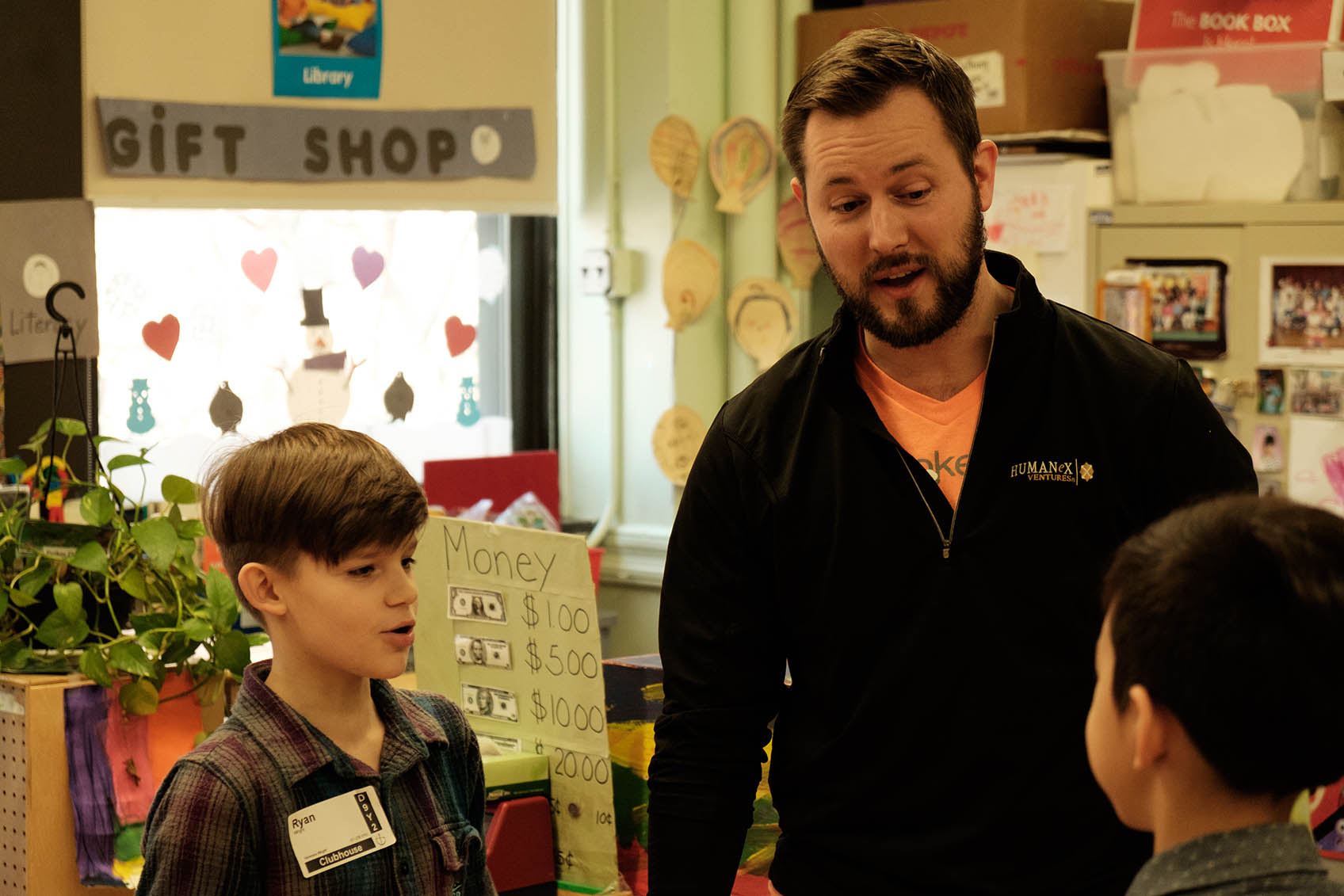 “I used to be a camp counselor when I was in high school, but I had never worked with kids as young as 10 or 11 before,” says Brandon. “And it felt a little awkward being the only guy teacher. But I kept on thinking about Mr. Vander Horst. I’m not a fighter pilot, but I could be that guy who consistently shows up, just because he cares, to teach the kids.”

Brandon’s calendar looks different than it used to. Instead of just work Monday through Friday and weekend trips, he has dinner group on Monday nights and volunteers at TRUE mentors on Tuesdays. On Sundays he leads the fourth- and fifth-grade Clubhouse kids, teaching them about Jesus, just like Mr. Vander Horst did.

“For the first time in my life, I’m turning weekend trips down or leaving early so that I can be in Hoboken on Sunday morning,” says Brandon. “I finally feel like I actually live here. My life is centered somewhere. I have an anchor and a bigger purpose.”

Brandon used to ask his parents for a little brother for Christmas. He never got that little brother, and although he always thought he would be married with kids of his own by now, that hasn’t happened yet either.

But recently, while Brandon was cleaning up after class, one of the kids’ grandparents approached him.

“I just wanted to let you know that my grandson wakes up early every Sunday because he is excited to come to Sunday school and hang out with you,” she said.

Brandon isn’t living where he thought he would live, and he doesn’t have a family of his own yet. But for the first time since getting on that plane to New Jersey, he feels like he has a home and a family right here in Hoboken. And what’s more, he’s making Hoboken feel like home and family for others.