Luisa did not want to go out that night. All she wanted to do was finish packing. After weeks of being desperately homesick, she was finally heading home to her family in the Philippines. But her friends were relentless — It’s your last weekend with us! You have to come! So she let them drag her out to a party.

“My hair was dripping wet; I didn’t have any makeup on,” recalls Luisa. “I think it was pretty obvious to everyone that I had been planning on going to bed.”

Luisa had no idea that she was about to meet the man who would change her story; if she had known, she probably would have dried her hair. His name was Neil, and he had a wide, infectious smile. Luisa didn’t even speak to him at first. She was still hoping to sneak home early. But her friend invited him out with them after the party.

One month later, Neil boarded a plane to the Philippines.

“It sounds like something from a movie, not something that actually happens. Our paths crossed randomly and then he is flying around the world to pursue me,” says Luisa. “But that’s how our story started.”

Neil and Luisa were married a little more than a year later, and before long, their love story grew to include a daughter, Sofia, and a son, Antonio — Neo for short.

“Neil was kind of like a little kid himself, “ says Luisa, “spontaneous, silly, adventurous. So for him, having kids was like having playmates. At Christmas I used to tease him, ‘Did you buy that for the kids, or so YOU can play with it?’ ” 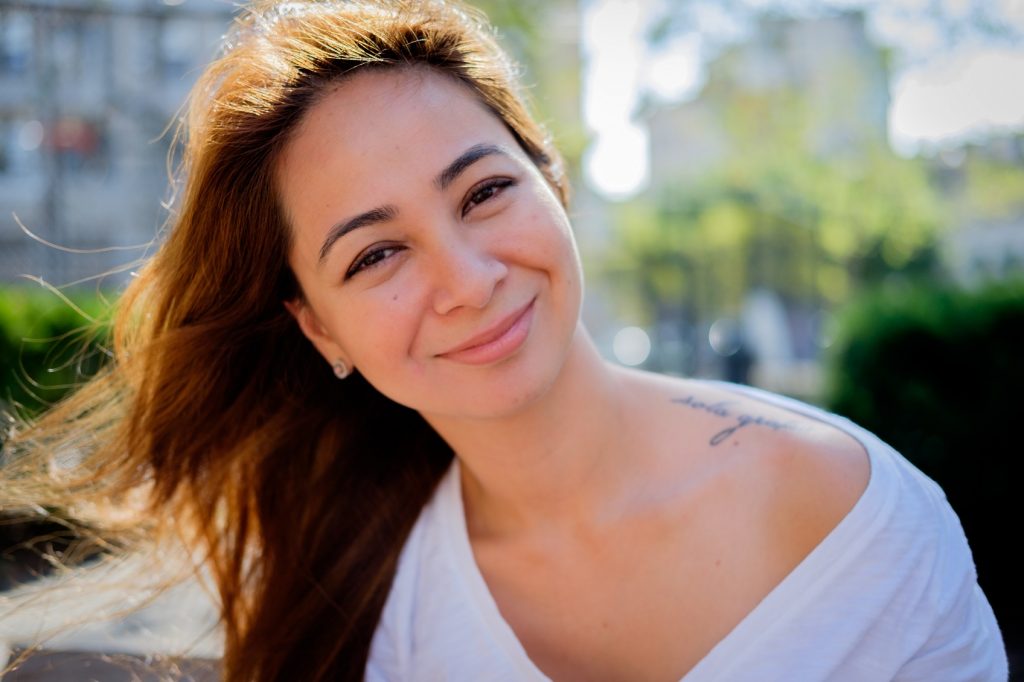 “I was always the cautious, responsible one. But Neil could smile at me and tell me to forget about the to-do list, and before I knew what was happening, we’d be jumping in the car headed to the beach.”

Neil also made sure that every July the family took a vacation together to celebrate Luisa and Sofia’s birthdays. It was “birthday month,” and everyone looked forward to it.

But in July 2013, family vacation was postponed. Luisa was six months pregnant with their third child. Neil and Luisa had decided not to find out whether it was a boy or girl. They wanted to be surprised.

On October 10, baby Lili was born.

“I can’t remember the first few weeks after it happened. I guess I was taking care of the baby. I guess someone was feeding my kids. But I don’t remember. There’s nothing there,” says Luisa.

When the shock started to subside, Luisa started to feel again. And what she felt was anger.

People told Luisa to cling to her faith, but that just made her angrier. She wanted nothing to do with God. People told her to pray; it was impossible. If God cared about her heart then He wouldn’t have broken it. She went from desperate anger to having nothing to say to Him.

“Neil dropped the kids off at school, and they never got to see him again,” says Luisa. “I was done with God. I didn’t have the luxury of falling apart because I had three little kids depending on me every day. I had to keep going, but I was empty.”

One weekend, almost a year after the accident, Sofia ran through the front door bursting with excitement. She and Neo had spent the day with an old friend of Luisa’s, and they had gone to church in the city. Sofia loved it. She wanted to go back. She wanted her mom to come, too.

“All I could think was, ‘oh no…’ ” says Luisa. “I didn’t know how to tell my 8-year-old daughter that I couldn’t go to church. But I didn’t want Sofia to be angry with God. I didn’t want her to feel how I felt.”

Luisa swallowed her feelings. She googled nearby churches, looking for something like her friend’s church. Hoboken Grace popped up at the top of the results. It was the same church that Neil’s cousin had been inviting the family to for years.

A week later, Luisa found herself at church. The kids had run off to Sunday school. She was trying to sing. Luisa doesn’t remember what the song was. She doesn’t even know what words she was singing. She just knows that something inside of her broke.

“I didn’t have a revelation. God didn’t give me any answers. I just knew I was perfectly and completely loved. God had been waiting for me. He was with me. He was wrapping His love around me. I felt it. I was still heartbroken. But somehow all that rage and bitterness that was like a wall between God and me was gone.”

In the weeks and months that followed, as Luisa kept coming back, she started to feel God’s love all around her.

“It was in the strangers at church who hugged me. It was in my daughter as she held my hand and told me that we could cry together. It was in the tears that God gave me to cry so that I wouldn’t have to hold the hurt inside.”

Lili didn’t get a chance to know her dad. But Luisa tells her about him and shows her all the pictures and videos from 10 years of “birthday month” trips. Sofia and Neo like to talk about how Daddy is building a house for all of them in heaven.

“I miss Neil every day. And when it hits me, it’s like it just happened. But God is there, reminding me that this separation is only temporary. He has given us a forever. And love for all the days in between.” 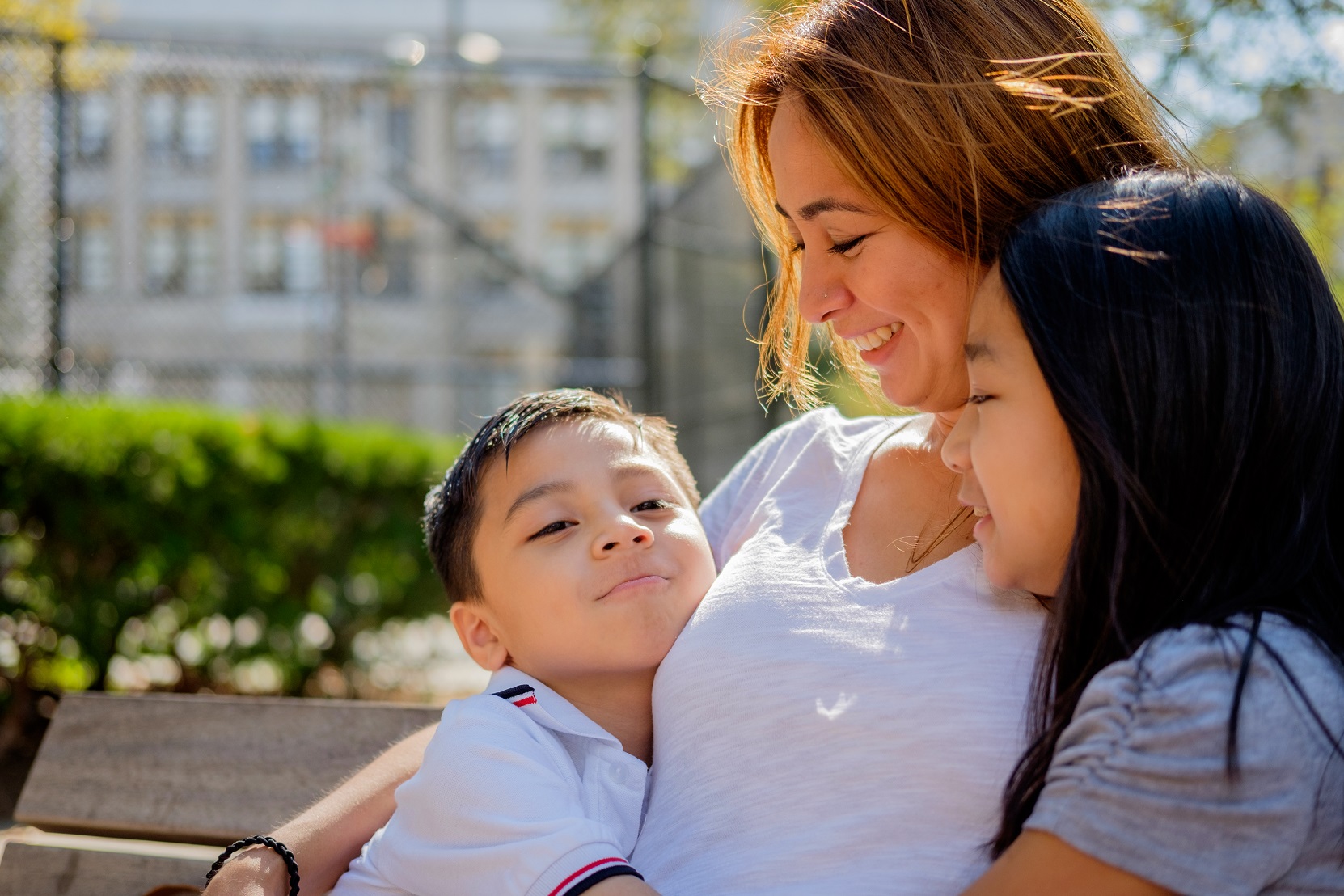