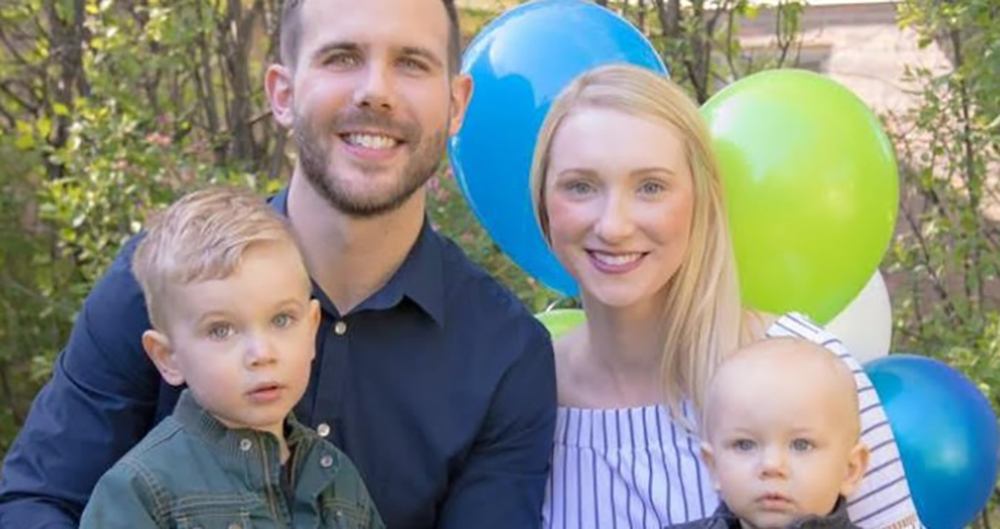 When Nate and Natalia moved to Hoboken in May, one of their biggest prayers was that they’d find a church where they felt comfortable attending service while their two young children attended Sunday School on their own.

Back in Chicago, they would take turns at church caring for Max, then 2, and Theo, 14 months. And with both of their parents nearby, Nate and Natalia had never had to leave their children with someone new. The idea of doing that now, in a new city, felt completely nerve-wracking. But they also wanted to put God first, and experience Him while being fully present at church.

Nate and Natalia decided to give Grace Kids a try during their first visit to Hoboken Grace. They planned to see how Max did, then Theo the week after. But even though they were easing into it, Natalia says she still felt the the guilt and anxiety that comes with leaving your child for the first time.

“I was super anxious,” she said. Max was also nervous about a classroom of kids he didn’t know.

As Natalia and the rest of the family entered 301 Garden, they met James, who was serving that day. They told him it was their first time, and how hard it was to leave Max. James led Max and Nate upstairs, giving them a tour of Grace Kids. Natalia, meanwhile, headed to the Parents Area with Theo.

As soon as service ended, she went upstairs to get Max. Not only was he fine, he was also with James.

“That meant so much to me,” Natalia said. “I can’t even describe the feeling that I felt. That someone took the time to make sure my child was happy, for someone who’d never left their kid, that was so encouraging.”

The next week, Max headed upstairs without hesitation. It was also Theo’s turn to try Grace Kids, and while he cried a bit, it didn’t take long for him to get adjusted.

Weeks passed, and each Sunday Max and Theo were greeted by the same smiling teachers who not only remembered their names, but also their preferences. The consistency helped put the entire family at ease.

“I really feel like they love my kids,” said Natalia. “They don’t even know how amazing it is for us parents to trust in that and experience that. I’m home with my kids all week, and I have that to look forward to, that I’ll have time with God, and that my kids will be safe.”

Without worrying about Max and Theo, Nate and Natalia were able to focus more intently at church. Attending service without their kids has allowed them not only to put God first, but also demonstrates to their children how they prioritize their relationship with Him, said Natalia.

“We’re supposed to put God first, then our spouses and children. As moms, it’s easy to fall into the trap of doing everything for your kids, but it’s important to step back,” said Natalia. “And this whole experience has taught me that. It’s been incredible for my marriage, and for my children to see that God really does come first.”

Toward the end of the summer, Nate and Natalia would face another decision asking them to choose between putting God or their family first. Between finding childcare and traveling for work, they’d struggled to make dinner group during the week. So Natalia had begun thinking about starting a group of their own – one that would be more kid-friendly and might work better for other families’ schedules. At the same time, they were still adjusting to a new city. They wondered if they should be focusing on their family instead.

But as they prayed through it, Nate and Natalia grew convinced that God was calling them to start a dinner group. And while there were several logistics to work out – where they would host other families, where the kids would hang out – everything came together.

The couple now lead a group of five families who meet on Saturday evenings, in the communal space in Nate and Natalia’s apartment building. Everyone eats together, then the nine kids play in another room down the hall. Natalia watches them, but the group is praying for a sitter, especially now that she and Nate are more comfortable leaving their kids with someone new.

They say they have Grace Kids to thank for that — for putting their minds at ease each Sunday and showing them all that can happen when they put God first.

“It’s really brought us together as a family,” says Natalia. “God is our foundation, and we’re applying that to our parenting now, and not just living in fear.”