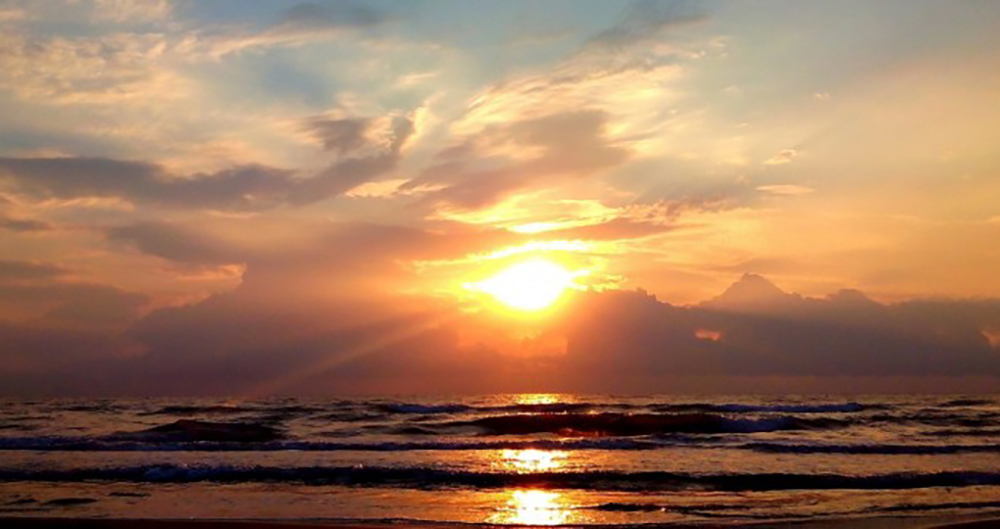 This blog post was originally published in August 2016, but we’re pulling it out of the archive after our conversation on Rest last Sunday.

A few months ago, as my mind spun in a whirl of “should do’s” and “could do’s” and “didn’t do’s,” a voice started whispering in my ear. No, literally. I was listening to an audiobook about the balance of work and rest — in the midst of doing one much more than the other — and through the headphones came the suggestion of Sabbath, of balancing out our frantic, demanding lifestyles by taking one day each week to reset and recharge.

For as long as I could remember, I had been living in what felt like perpetual fight-or-flight mode. I was overcommitted, overscheduled and overextended. My mind was this adrenaline-powered carousel, circling with commitments, obligations and the belief that, somehow, I could keep pace. All day, every day, it spun ‘round and ‘round, casting a trance of guilt and shame as I failed to keep up.

What if, that voice in the headphones said, you stopped for 24 hours each week? What if you set aside time to be fully present for your friends and family, instead of continuing to allow your anxiety to boil over into those relationships? What if you learned to delight in what God had already created, instead of striving to do more, be more and have more?

The voice had a good point. And thus began my summer-long experiment of observing the Sabbath, because really, what did I have to lose? And if God had bothered to embed the concept of rest into the foundation of humanity in Genesis, then etch it into stone in Exodus, there must be something to it, right?

Each weekend started with the best of intentions. But eventually I’d start making mental to-do lists of all the work I could be doing. The carousel would begin chugging up and down again, until it was zipping and flying along. Heart racing. Head spinning. Panic mode.

It seems that at the core of our subconscious — at the axle of the carousel — is the idea that our value and identity are based on what we accomplish, how much we produce and how much we possess. “The thinking … goes like this,” writes Alan Fadling in An Unhurried Life. “If I do more, I am more. If I have more, I am more. If more people like and recognize me more, I’m more valuable. This idea is subtle, and insidious in its undermining of the Sabbath. What happens to our sense of identity if we stop our activity to observe the Sabbath day? If I am what I do, who am I on a Sabbath day when I do nothing productive?”

The more I clung to the idea of Sabbath — instead of the egoistical notion that the world couldn’t carry on without my contributions — the more I began to see that it was about so much more than rest. When God stopped working on Day 7, it wasn’t because He needed to — it was so that He could soak in everything He’d created.

When God dictates the Ten Commandments in Exodus, nearly a third(!) of the words He has etched into stone are about marking the Sabbath (as opposed to “do not murder,” “do not steal” or “do not worship false Gods”). Apparently, He was really into this idea. He goes on and on about it to the Israelites, who had just spent decades enslaved in Egypt. Forty years later, Moses expands on the purpose of Sabbath in Deuteronomy: “Remember that you were slaves in Egypt and that the Lord your God brought you out of there with a mighty hand and an outstretched arm.”

Observing the Sabbath, God seems to say, is not just about rest, or even celebration. It’s freedom from the idea that we’re defined by our work, or how well we fulfill society’s demands and expectations. It’s a weekly reminder that our value is based not on what we produce, but who we are and who God intended us to be.

Sabbath is the practice of feeling filled rather than drained, of inhaling rather than exhaling. That might look different based on your season in life, or whether you’re an introvert or an extrovert. It can mean brunch surrounded by the people you love, or people watching at the pier; family time at the park, or spending time alone in prayer; going out for ice cream, or staying in to savor your haul from the garden. (John Mark Comer, the author of that aforementioned audiobook, “Garden City,” uses only this criteria: “Is it worship or is it rest?” Will it leave you feeling filled or drained?) It doesn’t even matter what day of the week it is. Sabbath is simply time and space to share with God and the people you love. It’s an opportunity to soak it all in — the things that bring you joy.

The thing is, you can’t bear fruit well without proper nourishment. You can pick up endless causes and commitments to serve God, love His people and sow some good into the earth. Your veins might pulse with purpose and good intentions. But I’m convinced that we’ll never do any of it well if the carousel is spinning non-stop. You will sputter out and short-circuit. Instead, we need the rhythm of choosing Eden over Egypt. We need to marvel at the garden once in a while, instead of toiling in skyscraper pyramids and living enslaved to our schedules, to-do lists and society’s expectations.

So, yes, Sabbath is about rest. It’s about shutting down the carousel and declaring that, sorry, this ride is out of service today, please come back tomorrow. But that’s only so we can recalibrate, mind, body and soul, after our schedules and everything else spin out of control. Sabbath is where we find our center again, where we rediscover the identity that God intended for us, instead of finding it in our work. It’s where we meet God in the middle, to remember we’re shaped not by what we do, but who we are and what He has given us. It’s a celebration — of all that you are, all that God is, and all that this world already has to offer.

Brittney is a member of the Writing Team.