“I can’t wait to see what God does,” my mom said a few weeks before my 10-day trip to Uganda.

Dinner group members and other friends were just as excited, predicting that I’d see him work in new ways on my first mission trip.

“This could be a life-changing experience,” one friend said.

I was ready for change, or, at the very least, clarity and direction in a few areas of my life. But 10 days later, replaying a highlight reel of sunrises, safaris and stargazing during a layover to Newark, it didn’t feel as if my life had jolted in a different direction. While I’d barely had time to process the past week and a half, the ground never shook and the sky never opened with answers about my future or my relationship with God.

And while I couldn’t see immediate shifts in my own life, another question kept surfacing during the trip: Was God using us to change other people’s lives? 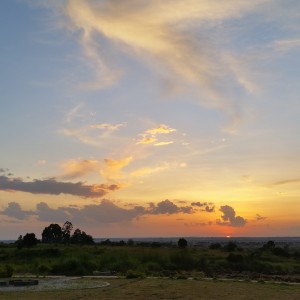 Once I stopped looking so hard, God was everywhere: in the strokes of orange, yellow, lavender and fuchsia in Uganda’s sunrises, in the elephant’s slow strut, in the milk-white splotches of stars that dazzled the sky each night.

God’s work was evident at Restore Leadership Academy, where hundreds of children whose lives were shaped by a 20-year civil war are studying to become lawyers, doctors, pastors, teachers and entrepreneurs. You could see his work in the dozen campus buildings that have sprung up in the past two years 一 including a massive Main Hall that opened last week 一 after dreams, passions and talents aligned. Those buildings are in addition to a new farm and soccer field 一 one of the largest in northern Uganda 一 where the school’s teams trained to compete on the national level this year.

You could see God’s hand at the 300-bed Gulu prison, where some of the more than 1,000 prisoners housed there, amid a sluggish criminal justice system, have formed a soccer team that plays “for the glory of God.” Last week they faced the kids from Restore, whose teachers are now leading night classes for the prisoners. You could see it at St. Monica’s, where Sister Rosemary oversees the well-being of women who were raped by rebels, and their children. And it’s evident at the various NGOs we toured that support each other while individually supporting Uganda.

And perhaps God’s work was most obvious in the way our four-person team from Hoboken Grace was able to make the trip. The dates changed twice, with only a few weeks’ notice, challenging tight work schedules and calendars filled with other commitments. But in that short time frame, God moved several pieces into place, providing the inspiration and resources for us to spend nearly two weeks across the world. 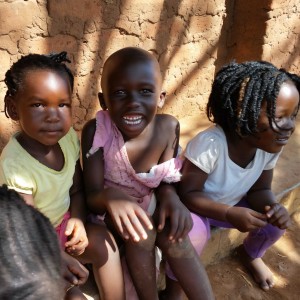 One of our team members, Anna, was hesitant about the trip’s cost. She was reading “Love Does,” Bob Goff’s book about starting Restore Leadership Academy and his efforts to bring education and criminal justice reform to Uganda. She left off one night on a passage about God’s desires to take us on the adventure of a lifetime. God’s trips don’t require prerequisites, the book says, He just wants you to say yes. The next day, she started listening to a podcast on her phone that she didn’t remember downloading. It was about taking adventures with God, and quoted the same passage from “Love Does.” Knowing she had to take this adventure, she got her passport expedited in a number of days and began fundraising less than two weeks before the trip. Contributions and encouragement flowed in from people who she knew were under tight budgets, and other unexpected sources. It was almost unbelievable, Anna says. She reached her $3,500 goal in a week after a friend, who had been working on tithing, paid the balance. “It was amazing to see God working in her, too,” Anna says.

But like me, Anna also wondered if this trip changed her life in any way, and what kind of impact, if any, we had on the people we met. After God had taken us halfway around the world, it was only natural to search for deeper meaning, and to buy into the hype of all that a mission trip can accomplish.

We might not have changed the world in 10 days, and we might not have seen tectonic shifts in our own lives. But we went to Uganda to see what God’s love can do. And we found out between each sunrise and sunset, hearing story after story about how the tides are shifting in Uganda. Land once used for warfare is being used to restore lives; children who grew up wanting to become soldiers are studying to become lawyers; and all over, people are working together to accomplish these things. We might not see immediate change in ourselves, or the people we met, but the change we did see, and God’s hand in it, was more than enough. 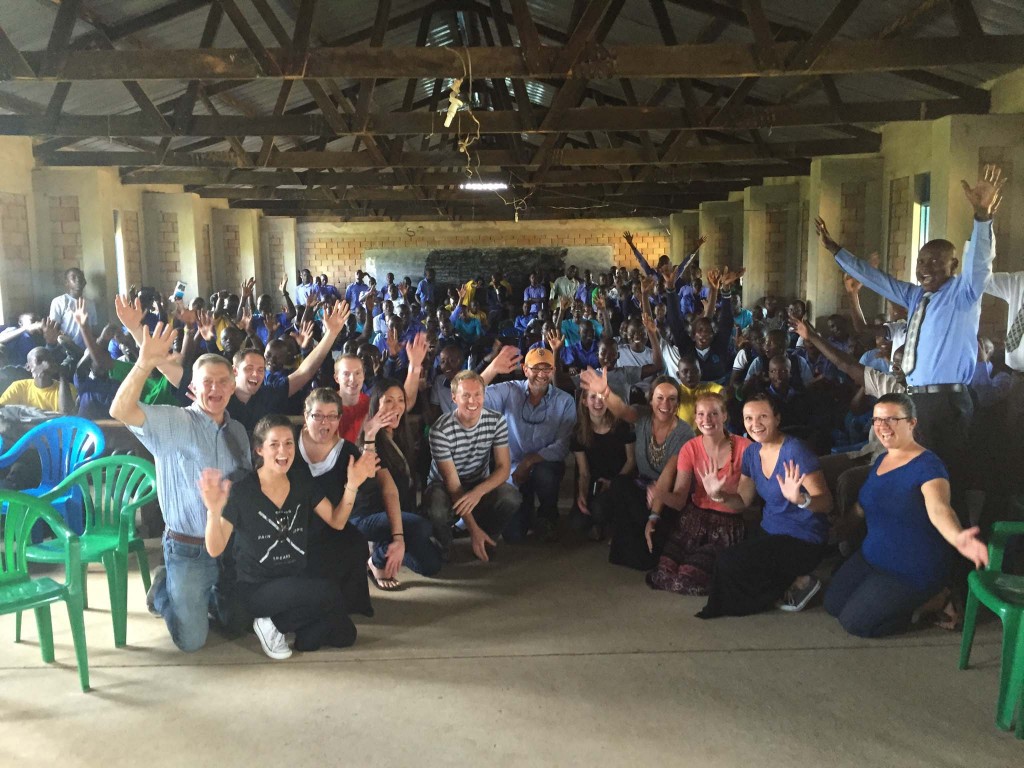