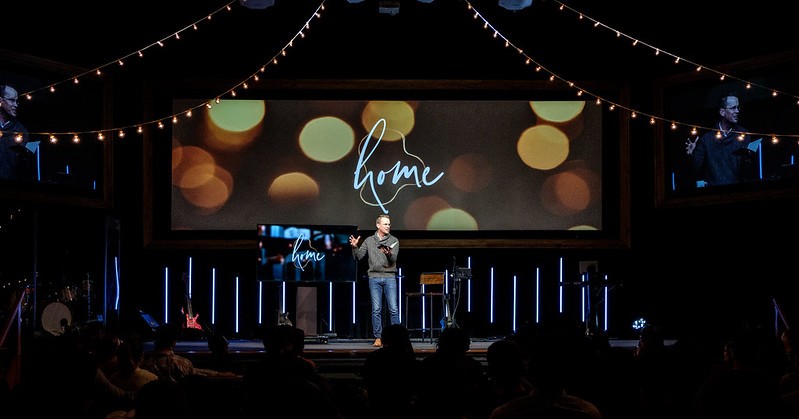 If you’ve attended Hoboken Grace in the past few weeks, you have no doubt heard about The Home Initiative which is an initiative to have our church family more rooted in the city of Hoboken and officially call this place our HOME.
The initiative took a big step forward on Monday night as attendees of Hoboken Grace came together for an evening of appetizers, comfy couches, worship, and sharing. So many people shared stories about how they have been impacted by God’s faithfulness and how He has consistently provided for them during their time in Hoboken.

The word that kept popping up throughout the night was the word “trust.” The band wrote and performed a brand-new song that fit perfectly with the evening. Then, almost every person that got up on stage to share, said how they plan to offer up the gifts that God has given them because they trust that He will also be faithful. 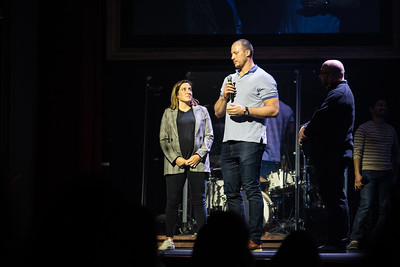 Two of those members that shared were Nate and Natalia, who talked about how their planned giving hit a speed bump when life circumstances had unexpectedly changed for them. “Things happened that might make this difficult,” shared Nate. But he went on to say they had trust that God’s plan to use their money was greater than their own, so they would trust His plan, even if it was hard.

Later in the night, Pastor Chris shared his own story about Hoboken Grace’s origins and how his trust in God’s plan brought him to where he is now. About fourteen years ago, Chris asked Ana to marry him and together they decided to plant their roots here because God was calling them to serve Hoboken. This was the first step that ultimately led to what we all see and experience every Sunday morning when anybody walks through the doors.

All of these stories are the result of trusting God and following Him where He has called us to lead and believing that He will faithfully provide.

As attendees of the church, trusting in God is important when making a big commitment like this, especially when added to the everyday struggles of life. It is impossible to lead and follow in the footsteps of those who came before us without trusting in what He will do with our gifts.

Pastor Chris spoke about leadership when he told the story of a trip he took to Italy where he stopped to observe a field of sheep. There was a shepherd with a staff walking with the sheep and as he walked, the bell on his staff signaled to the sheep to follow. Then as they walked closer, Chris noticed that some of the sheep also had bells and that their bells were leading and signaling the other sheep to follow as well. Just like those sheep with bells, when we take these early steps of committing to God’s mission, we are signaling and leading those around us to follow also. 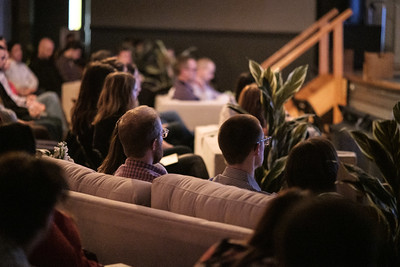 As members of the Hoboken Grace community, we not only have to trust that our own giving will be enough, but we’re also called to be leaders in this next chapter of our church’s story. We must continue the work that God started 14 years ago when He called Chris and Ana to serve in Hoboken. God has done so much in that time and His faithfulness has been demonstrated in amazing ways! The story isn’t finished yet and He is calling us as a church body to step out in faith and help create something that will demonstrate the love of Christ to future generations in our community.

1 Chronicles 29: 10-17 tells the story of David and how he praised the Lord in front of his entire assembly for what he had been given. Verse 14 says “But who am I, and who are my people, that we should be able to give as generously as this?”

Advance Commitment night reminded us that everything in our lives is made possible through God’s love and grace. By making the commitment to give back to Him in generous ways, we will lead others to follow as well and ultimately further His kingdom in our great city.