Within Guatemala City, Guatemala, there exists an area infamous for its stark poverty that is simply known as “the dump.” As Latin America’s second-largest garbage disposal site, it has spawned entire communities of lower-class families that turn to it as their source of daily income. The dump is a literal trash city: Squalid neighborhoods surround its perimeter as it sustains its own economy of salvagers who sell and recycle the scrap they can find amidst the 500 tons of refuse delivered there each day. Every morning, salvagers in search of a day’s wages hop aboard city garbage trucks that ferry them to the bustling heart of the waste site.

A team from Hoboken Grace spent a week with the community, returning last weekend after building a home for a family with Potter’s House. The Christian nonprofit organization has been working in Guatemala City for 30 years, identifying families that could benefit from their aid and providing homes for them. 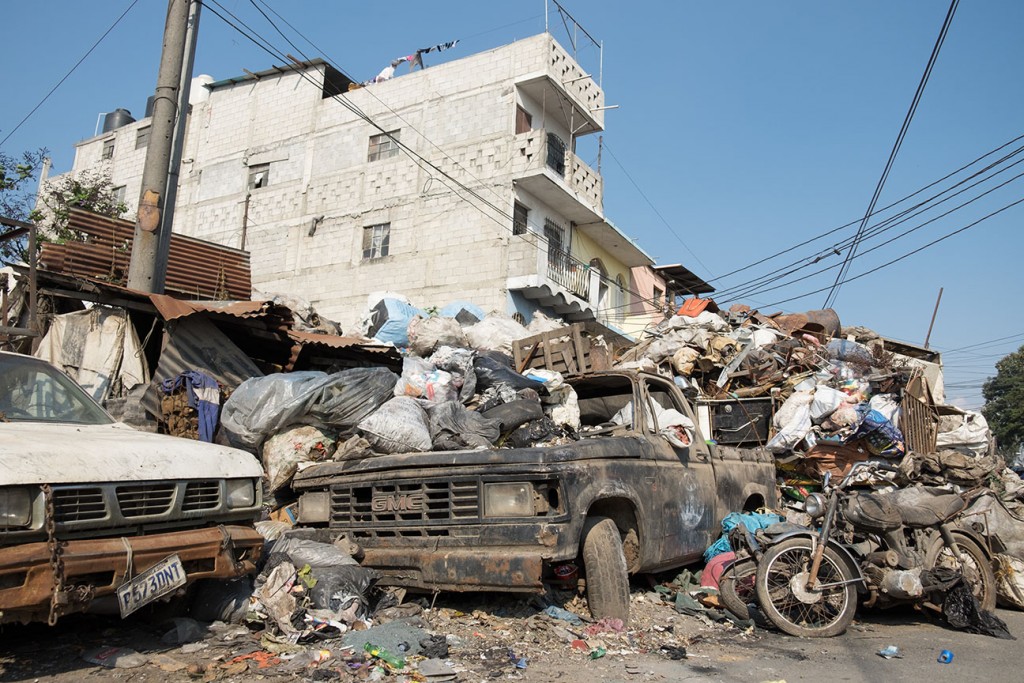 From March 5-12, the team from Hoboken Grace helped build a house for a family of five — three adults and two children. They have recently started a business that buys and sells the aluminum found in the dump. The mother is also three months pregnant.

“‘The dump’ is exactly what it sounds like — it’s a very poor area of Guatemala City located next to a giant dump,” said Erik Schlacter, one of the dozen people on the trip. “You don’t understand the severity of how bad it can be until you get there. People are laying on the street homeless, begging for food. We got to visit a few houses, and there were live wires dangling from the ceiling. They were just living a really hard, hard life.”

The team stayed in off-site housing provided by Potter’s House. Each morning they would have breakfast together before being bused on-site. After a brief devotional and run-down of the work to be done, they spent the day plastering walls, laying concrete floors and putting a roof on the house. Once complete, the home would replace the family’s shanty, which had just a single mattress and couch for the entire family.

“The houses are right on top of each other,” said Nicole Schlacter, Erik’s wife. “No real walls. It was aluminum and tarps over their roofs.” 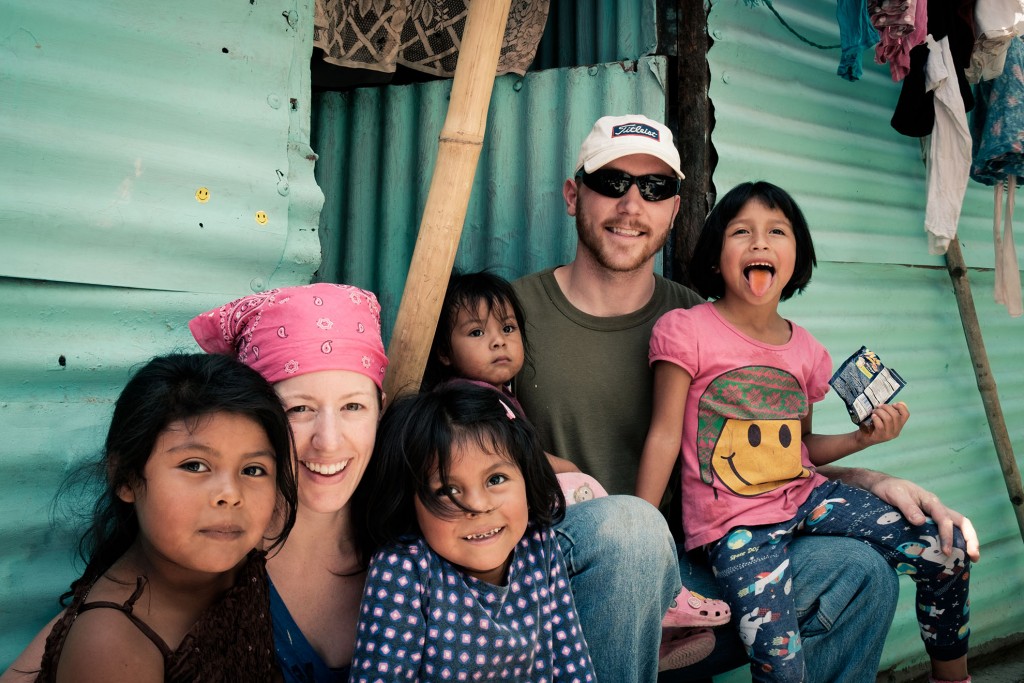 The family’s business is expected to prosper, but their lack of storage space forces them to sell all of their products each day. With their new home, the family hopes to provide their children with new opportunities and offer them everything they need.

“Now that they have a house with a key and a lock and a door, they’re able to flourish,” said Nicole.

A dedication ceremony was held once the house was complete. Fireworks were lit in the street, and children from the community ran in to see the bunk beds the team had built. The family wept tears of joy and presented the group with gifts to show their gratitude.

In spite of the impoverished conditions, Erik says that there was a definite sense of hope and joy among the people they met, and that the work being done by Potter’s House had made a powerful impact on the community. Potter’s House refers to the salvagers as “Treasures” to remind them that they were made in God’s image and that they are valuable to Him. The group was also able to spend time with the children, playing soccer and Duck, Duck, Goose, and coloring.

“The group was so close,” added Erik. “Everyone got along. There were nights that were just filled with tears and laughter. We would share meals every single day and pray together. The group that we went with was probably one of the highlights of the trip. We couldn’t have asked for a better group of people to go down and serve with.” 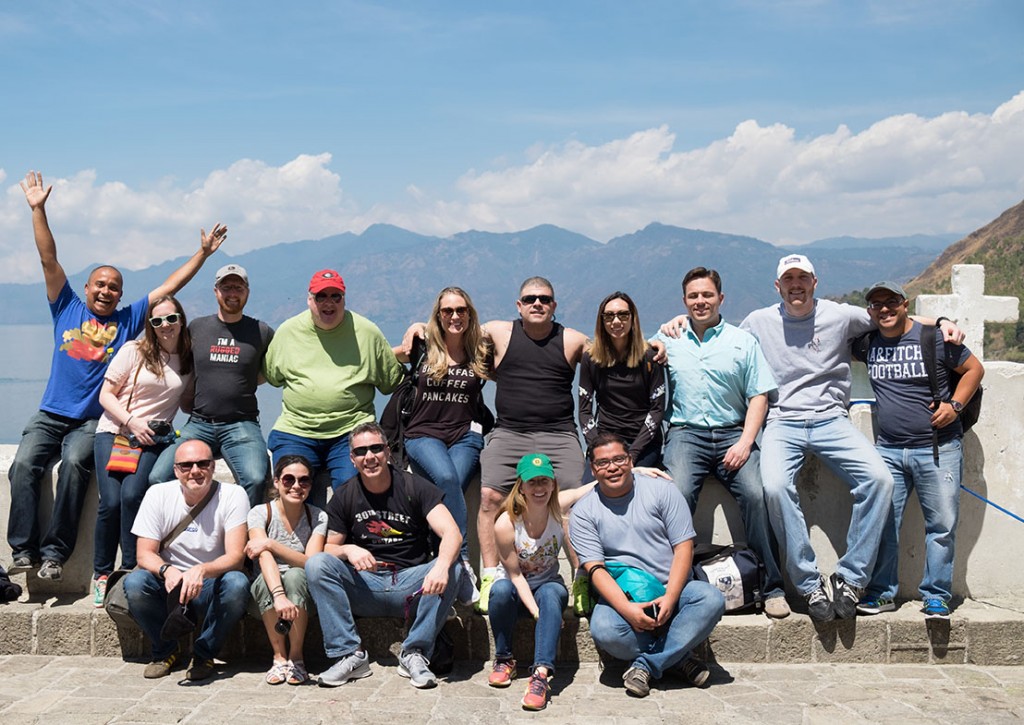 During the afternoon, the team would also go for prayer walks, where they would deliver food and a Bible to families in the area. On their very first day, Nicole and Erik met a woman whose sister had recently become a victim of gang violence. Her daughter, who had witnessed it, had been traumatized by the incident. But the woman’s attitude was nevertheless humbling. She communicated joy that they had basic necessities.

Nicole said the entire visit to Guatemala City was eye-opening.

“The poverty outside of the dump is unlike anything you can imagine,” she said. “It’s overwhelming. It’s just… a lot to take in.”

A team from Hoboken Grace travels to Guatemala City each year to work with Potter’s House. Some of the team members were making a return trip, and Nicole and Erik say they intend to do the same.

“I was truly blown away by this experience,” said Erik. “The people that we met, the group that we went with, the devotion with God every single day — you could just feel the Holy Spirit with you every single minute of the trip. The perspective that we have now is amazing.” 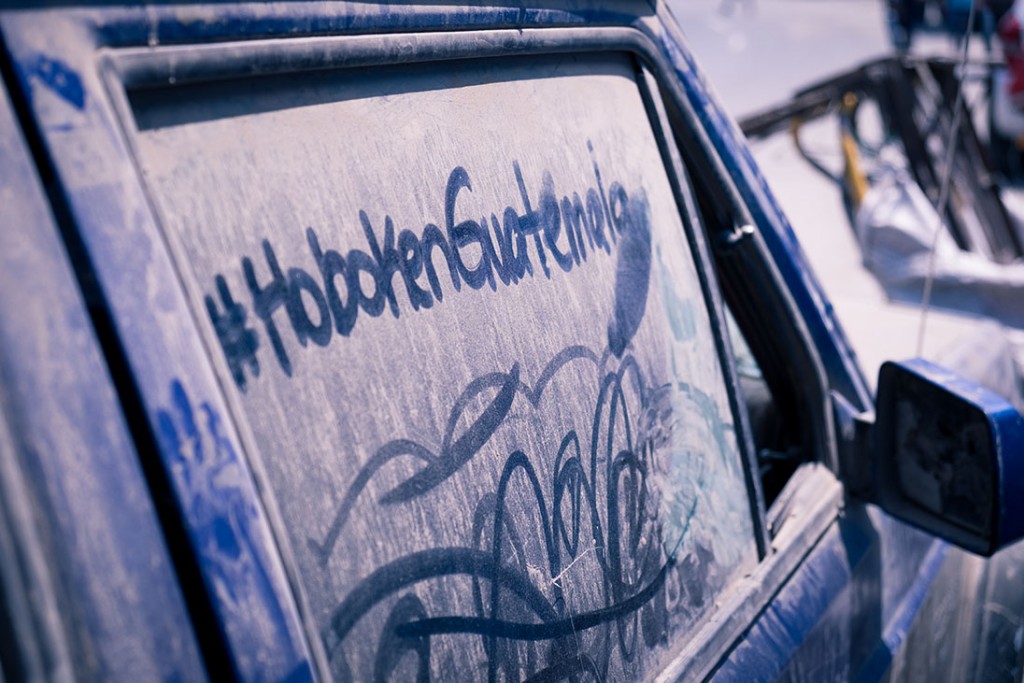