For years, Hoboken has hosted a summer movie series at Pier A Park. Under constellations and against the backdrop of New York City’s lights, picnic blankets and lawn chairs dot the grass each Wednesday night. Friends and families gather there each week, their faces illuminated by the glow of “Star Wars,” “The Big Short” or whatever film is playing.

But this year is slightly different. The air is saturated with a hint of salt and butter. Moviegoers wait in line along the sidewalk. And a group stands in the corner, handing out free bags of popcorn.

Earlier this year, Anthony asked city officials if Hoboken Grace could hand out popcorn to the scores of people who attend Movies Under the Stars. “They came back and said let’s give it a shot for week one and see how it goes,” he says. “Well it proved to be a hit, and they invited us back for the whole summer.” 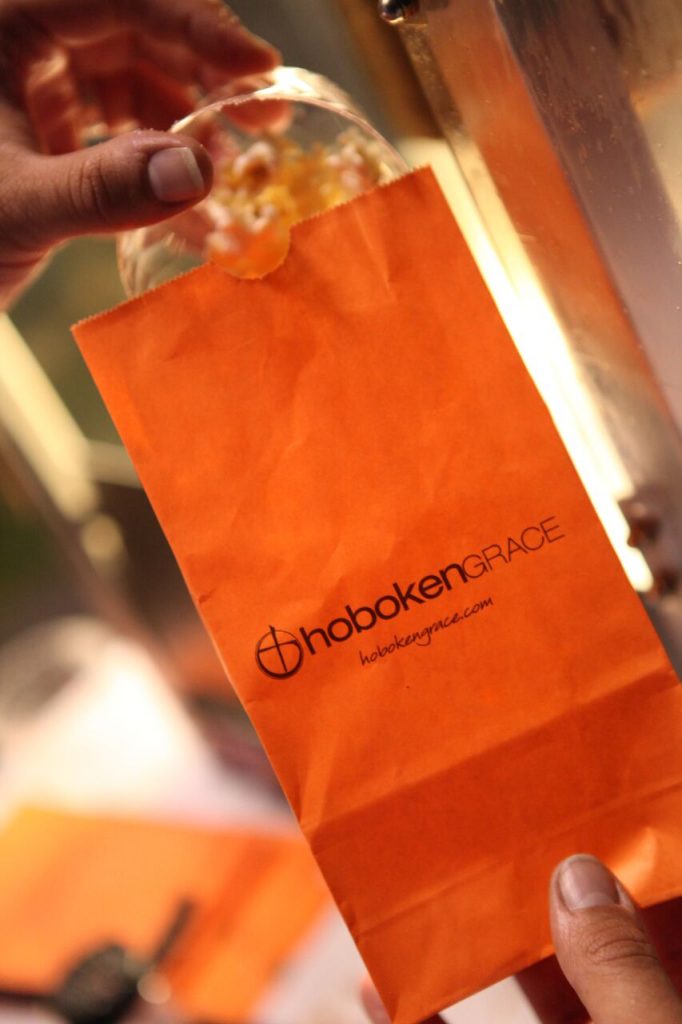 Since then, a small group has served there each Wednesday night, hauling one or two popcorn machines, a generator and other supplies to Pier A. More than a thousand bags of popcorn have been handed out so far, Anthony says. Like Simple Service, it’s an opportunity to love and support the community.

A few weeks ago an entire dinner group helped out during the screening for “Star Wars: The Force Awakens.” It’s a good thing, too, because it was the largest crowd yet.

“We just kept making popcorn and the people kept coming for more,” says Victor, whose dinner group used the opportunity as an impact event.

Matt, who has also helped hand out popcorn, says meeting other people while serving has been one of the most rewarding parts of the experience.

“Standing behind a crowded table slinging bags of popcorn around with some people is a way to get to know them,” he says.

Victor says it was fun to work together as a dinner group while also serving the Hoboken community.

“It’s what being a Christian is all about: loving your neighbors as yourself,” he says.

People usually ask about Hoboken Grace and leave with info cards. Many are surprised that the popcorn is free and offer to pay, Matt says.

“I love when people come up and ask, ‘How much?’ and we tell them ‘It’s free,’” Anthony says. “They’re completely shocked. When they ask, ‘Why free?’ it’s a great opportunity to tell them about Hoboken Grace and how we strive to love our community any way we can.”

If you’re interested in serving at Movies Under the Stars this summer, email Anthony at anthony@hobokengrace.com with the Wednesday night dates you are available. 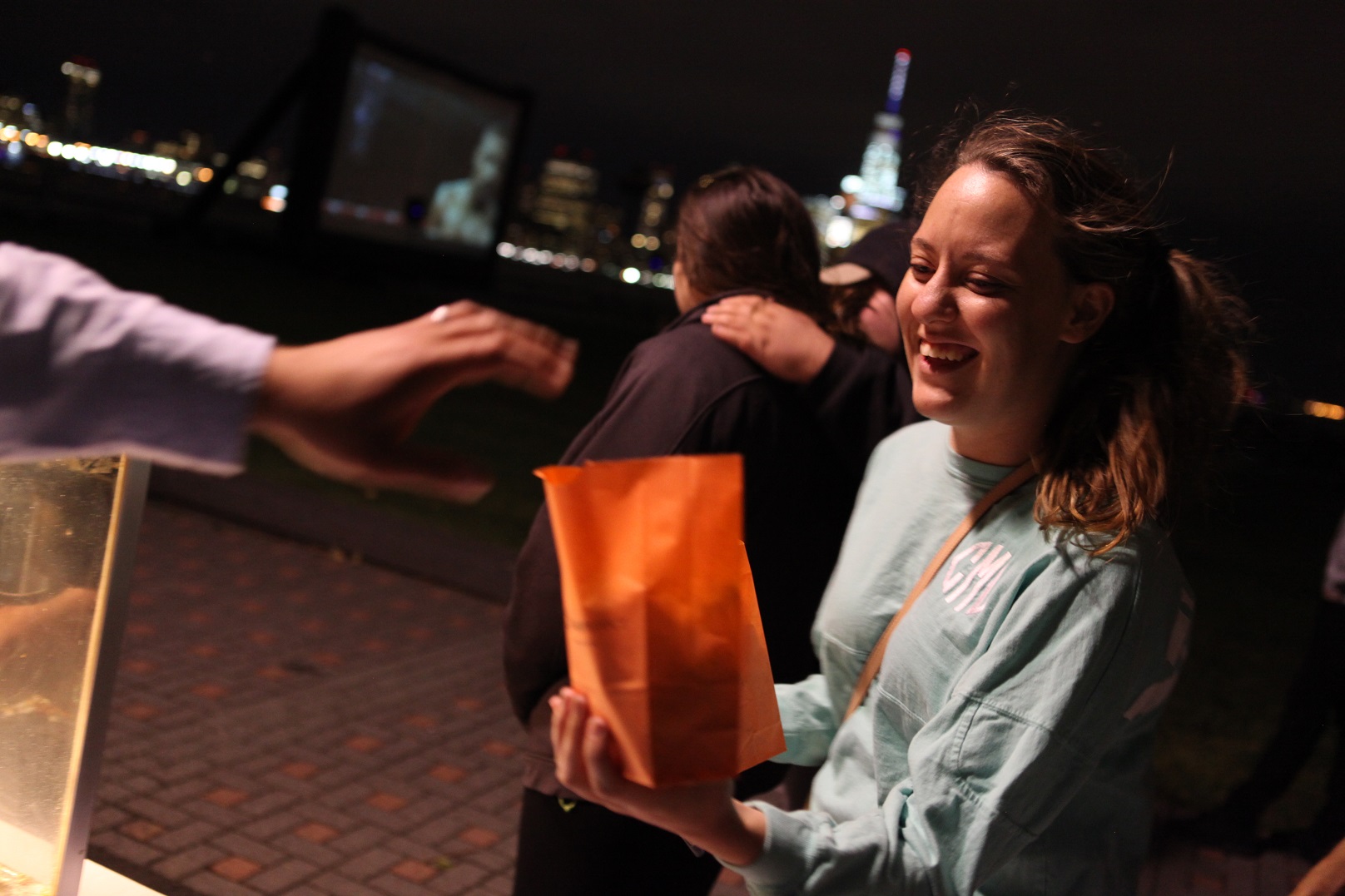