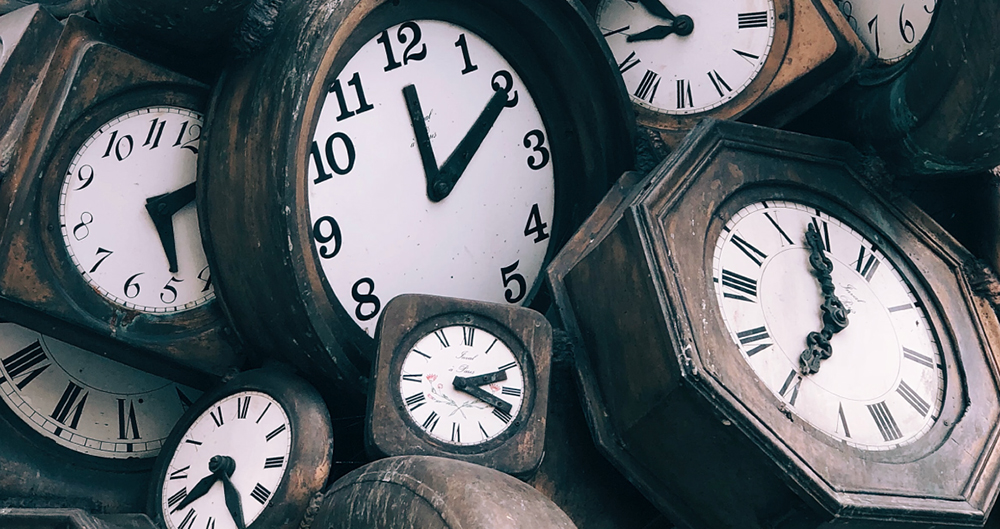 I recently received an email from someone who was hesitant about committing to an online dinner group. They were having trouble making it work with the demanding hours of a new job. We’ve all been there, whether it’s a hectic job or another commitment weighing down our schedule.

What do you do when you have no time for an online dinner group?

The answer, quite simply, is to try. Give it just six weeks. I think you’ll find it will be some of the best 90 minutes to two hours of your week. At the end of the day, it requires a step of faith.

When I first started attending Hoboken Grace, I was in a similar situation. I moved to Hoboken in 2008 to work for JPMorgan. Being that I worked at an investment bank at an entry level, I was working 60 to 70 hours a week, busting my butt trying to prove myself and find my value. I was wiped and exhausted by the time I got home . That got old real quick. It had only been nine months, and the lifestyle of work hard, play hard was starting to get to me.

Then one Sunday a man named Steve invited me to join his group. I hesitated to say yes because I wasn’t ending work ’til 8 or 9, and by that point, I was hoping to relax and binge on some TV. I didn’t feel like I had the capacity for one more thing.

Finally, I attended and it was nothing like I’ve ever experienced. I was surrounded by a group of guys who were in their late 20s who were either married or in a serious relationship. The odd thing to me was how much they loved their wives and others. It was so countercultural to what I was experiencing in life. It wasn’t that I wanted to be married like them. I was finding myself wanting to be as loving as them. What I found out much later is because of the relationship they had with God it allowed them to love in such sacrificial ways.

I knew I’d need to make time for a group if I wanted to be like them. The week I decided that was the week before the financial industry was collapsing in September 2008, and I had a front-row seat for it. My hours increased all the more, but I knew it was more important for me to be in that group. It meant I had to ask my manager if I could leave early at 7:30 p.m. on a Monday to make group.

Thankfully, that conversation was a heck of a lot less scary than it was in my head. I’m not sure where the courage came from to ask, but I’m glad I did. Joining a group helped save my life because when life came my way I was glad I had a community of believers around me pointing me toward God and the right path. I’m not sure what my life would look like without my group.

Sundays are great — we get to worship together and hear a relevant message. But in a group, you’ll find growth, accountability and acceptance, something that’s really a challenge in the rows we sit in on Sunday. Groups help us to activate our faith and give us the encouragement to do so.

Is there a night of the week that you could carve out two hours for the next six weeks? I really think you’d enjoy the community that comes from being a part of a dinner group.  Find your group here.

Photo by Jon Tyson on Unsplash