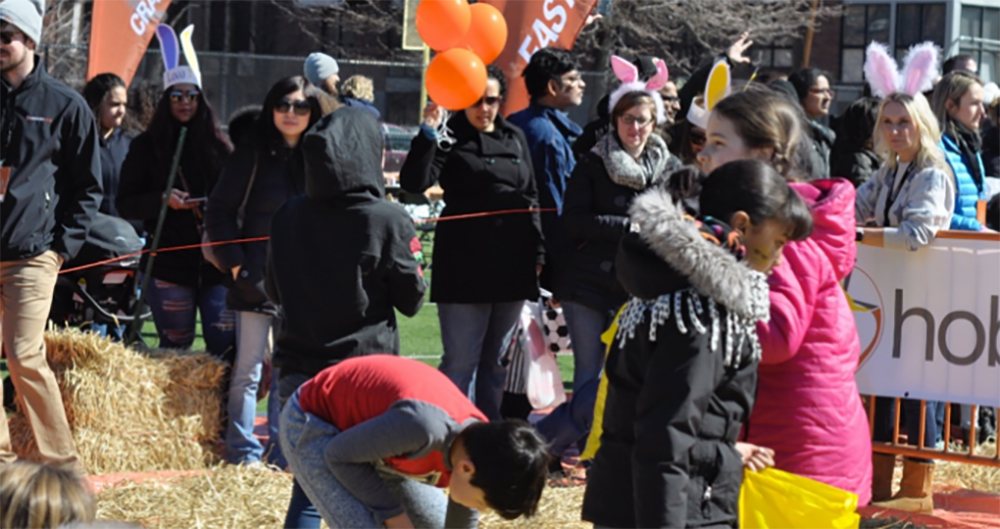 The Hoboken Grace Easter Egg Hunt is a short six weeks away. This is the perfect time to reflect on last year’s hunt, which was epic. To set the stage, Hoboken received over a foot of snow on the Monday before the hunt. In partnership with the Hoboken Housing Authority, we worked to plow the field to make the hunt possible. Unfortunately, it was a heavy snow and it created big piles that surrounded the field, taking up valuable space. Snow wasn’t going to stop us, though. A few brave volunteers went out and shoveled on Friday to clean up a few areas even more. The attendees were amazed and excited at how far we would go to make sure the event continued as planned! 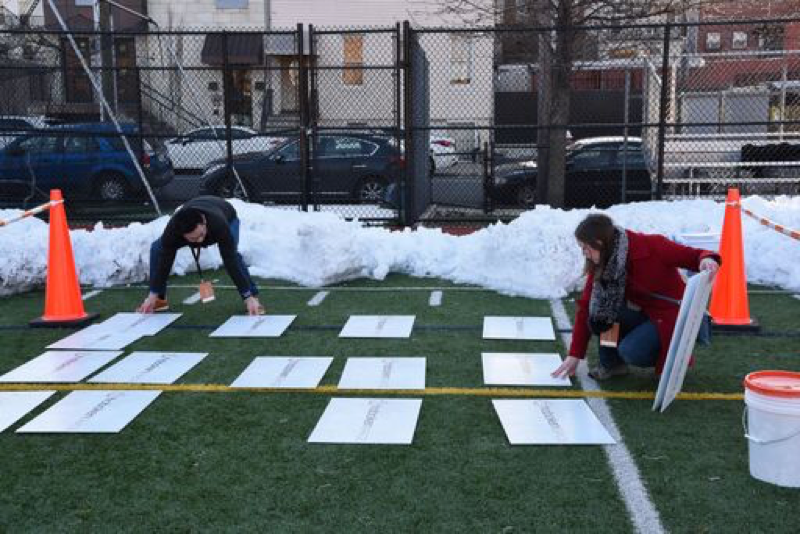 The morning of the hunt brought plenty of hustle and bustle. We were expecting over 6,000 people across two separate hunts, and that meant a lot of preparation. Thankfully, over 250 people signed up to volunteer throughout the day and they did an amazing job. They unloaded over 75 cases of water and over 125 bales of straw. Then to top it all off, we had to hide 30,000 Easter eggs.

After the event, words like epic and amazing were used to describe the hunt. Those words still apply, but we also have new words that emerged over the last year.

The first word coming to mind is stories. In the week following the hunt, I regularly heard stories about volunteers who went above and beyond at their stations to make sure everyone felt loved. A greeter high-fived every person who came through the gate. The stroller parking team battled limited space, yet still made sure every stroller was returned to the owner. The hospitality team worked with the Hoboken Housing Authority to run extension cords after we tripped a breaker from the coffee pots. Sure, the event was one big story, but these individual stories are what make it significant.

The second word is community. This word gets thrown about regularly and sometimes loses its meaning. Individuals came together as one community to pull off something this amazing. The participants expanded community by showing appreciation. Through it, connections were made, and friendships were formed. People came to church and came to know Jesus because of the love shown at the Easter Egg Hunt. Community is about togetherness. It’s about meeting your neighbor and building bridges so we can all be there for each other. 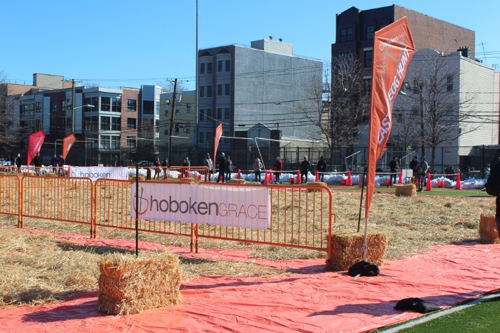 Heading into this year’s hunt, I hope to see many of the same themes, except of course the snow. The Bridge Events Team is committed to putting in the hours of planning. We are counting on you to invite your friends out to serve or to participate.  Check out the full details on our website.