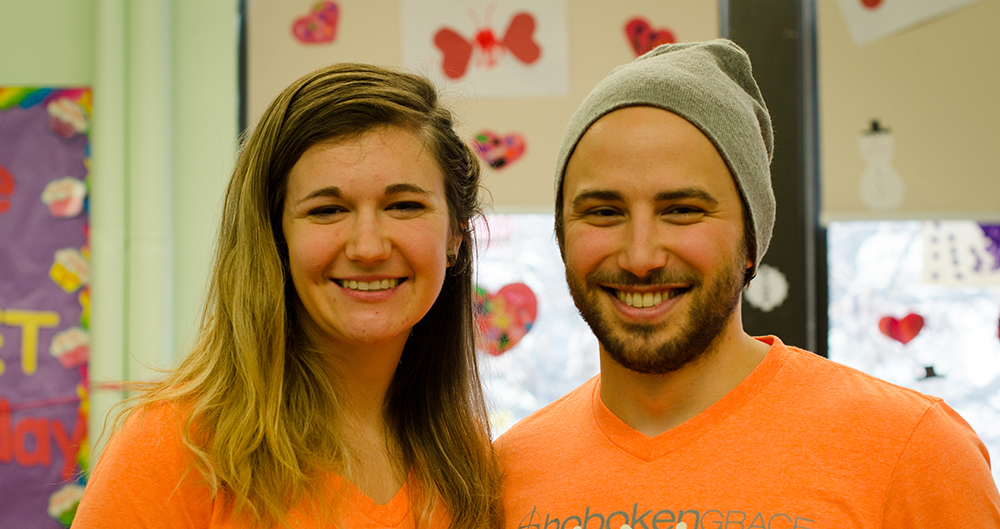 Before moving to Hoboken, Ben and Adrienne had spent much of the past few years overseas. Their careers had taken them to Afghanistan, where they’d often go weeks without being able to see each other.

When they moved to Hoboken, they were finally in the same place at the same time. They wanted to spend as much time together as possible and were ready to put down roots in their new city. They were also new to Hoboken Grace. They didn’t know anyone and were looking to get more involved. So, they decided to start serving together.

“Service, in general, is a foundational step,” said Ben. “And our hearts were kind of crying out for that as we came out of a period of spending quite a bit of time away from our church, away from our families and away from our country.”

They settled on serving in Grace Kids, hoping to get more exposure to children. They’d been married for six years and were thinking about starting a family of their own.

“We kind of had an idea that the next point in our lives would involve having kids,” said Adrienne. “But we’d just been career-focused and had no idea about kids, so we were like, let’s give it a try.”

But it turned out there was a greater need for Grace Kids teachers, so Ben and Adrienne started serving in Baby Steps instead. They had little experience caring for infants six weeks to 18 months old, but they gave it their best shot and tried to learn as much as possible.

As they continued to serve each Sunday, Hoboken Grace felt more and more like it was their church — a place where they could invite others. They also felt more connected to Christ’s church as a whole. Serving allowed them to take ownership, in their own small way, of what God was doing.

“It’s been such a gift to get to know all of the people, get involved, and do what the leadership has talked about in terms of serving,” said Ben. “God uses that in ways we’re not even aware of. He draws us toward himself and He makes us more like himself through that act.”

And while serving in Baby Steps wasn’t exactly what they pictured, Ben and Adrienne say having kids of their own now seems a lot less intimidating. The experience has been a crash course in parenting, and watching each other interact with kids and deal with sometimes stressful situations has taught them just as much about themselves and one another.

“You learn how to not freak out when a baby’s crying and he or she is screaming in your ear and nothing you do will make it stop,” said Ben. “That was always, to me, the scariest possible thing you could face with a baby, and now we do that basically every week.”

“It’s given me a comfort level,” said Adrienne. “It’s actually helped me think through what it would mean to be a mother.”

In just a few months, Ben and Adrienne will become parents themselves. Their first child is due this fall — exactly one year after they started serving in Grace Kids. And while parenthood will certainly be a huge change, they’ve already taken plenty of Baby Steps to get there.