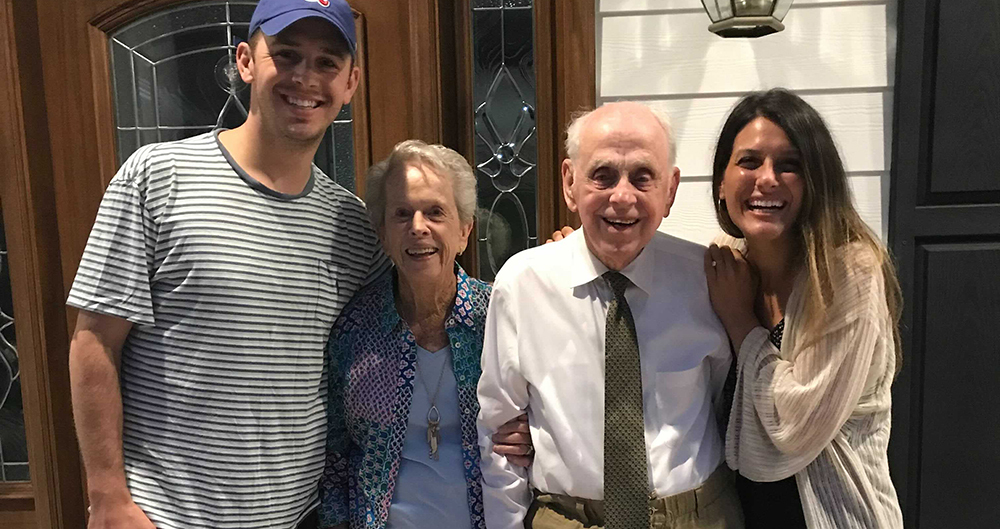 When Addison moved to Hoboken in 2013 from North Carolina, he had no idea that decision would change his life and ultimately, help to change the lives of others as well. Although his time here was brief, it has had lasting implications that will now reverberate for years to come.

Like so many others, Addison came to New Jersey for a job in New York City out of college. He found Hoboken as many of us do, after a chance apartment search that had him walking the streets of Washington Street and appreciating the charm and vibrance of our little mile square city.

He made his new home here, but a sense of longing to connect deeper with the community led him to seek out more and he eventually found Hoboken Grace. He said he quickly fell in love with the vibes and mission of Hoboken Grace, drawn to the sense of acceptance and welcoming he felt, and nourished by the music, messages, and people who made up the church family.

New Jersey also gave him another unexpected, and life-changing gift in the form of his future wife. When they started dating, she also began to attend Hoboken Grace and she too fell in love with the community it offered. Addison and his wife left Hoboken and moved back to North Carolina in 2018 but they never forgot their time in New Jersey and the impact that Hoboken Grace had on them.

Addison’s grandfather was a Christian and devoted himself to giving to God. He was also a prolific investor, investing in property and other real estate in North Carolina. He even purchased a piece of land that he had dreamed would one day house a church. After many years of waiting, he finally saw that reality and a church and Christian school were built on that land.

In 2019, at the age of 91, Addison’s grandfather’s long and remarkable life came to an end after a long cancer battle just six weeks after his beloved wife also unexpectedly passed away. Addison’s family said that, “Mama went up to heaven six weeks before dad to make sure it was ready.”

When sorting though the estate, Addison and his family discovered that his grandfather had designated that 10% of his assets be given to churches even before anything went to his children or grandchildren. In keeping with his wishes, Addison’s mother asked Addison for input about which church should receive anything. Addison said it was a “no-brainer” and that he knew that Hoboken Grace should be on the list.

When the church initially received the generous donation, there was uncertainty about where it had come from! We began to investigate the origin and soon uncovered Addison’s involvement. 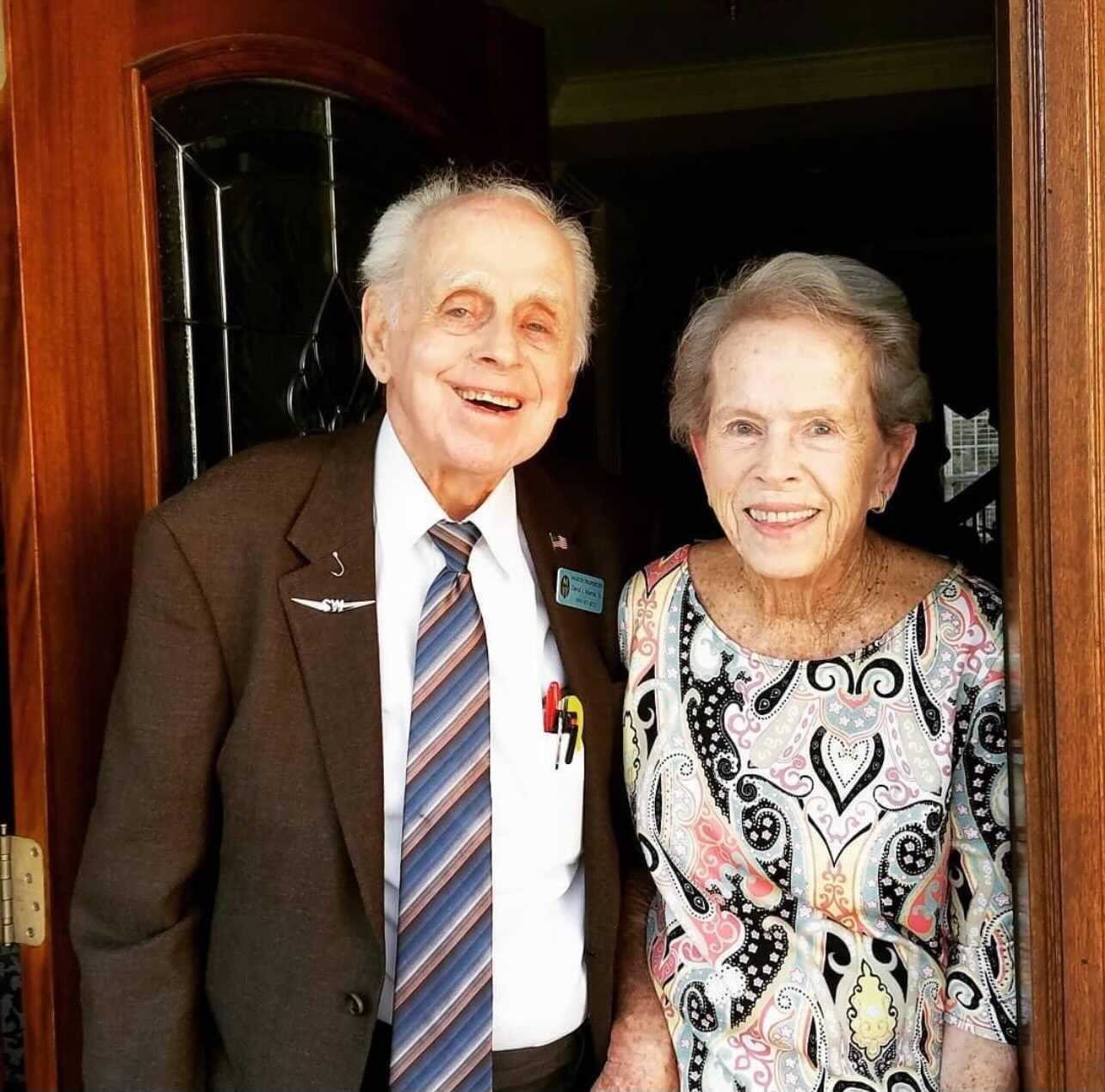 We learned of his time with Hoboken Grace and the lasting impact it had on him and his wife and how it led to this generosity on behalf of his grandparents.

Though they had never been to Hoboken Grace, they still demonstrated their faithfulness to God and giving to His mission, even after they passed.

I recently interviewed Addison about these amazing events and why he felt compelled to ensure his grandfather’s legacy would contribute to the legacy of Hoboken Grace.

Story Team: Tell me a little about your time with Hoboken Grace and what your experience was like here?

Addison: When I first started going to Hoboken Grace, I just loved the whole vibe; the messages, the music, I even got on a soccer team with some of the people from church. My then girlfriend, and now wife and I both just really enjoyed attending. When we moved, we hated leaving and missed it so much. My wife says she still gets emotional thinking about the baptisms and how they were celebrated, it was always just so moving to see. When it came time to make the gift, it was a no-brainer that the first church on the list for me was Hoboken Grace. Because of the impact that you guys had on our lives when we were up there, and I knew the church was still doing great things, we just wanted to contribute and be part of it in some small way, but I wish we could have done even more.

Addison: During my time up there, Hoboken Grace was meeting in two different locations. When you think about my grandfather who loved to give to churches and was passionate about building churches, it just made sense that it would go to help Hoboken Grace find a permanent home.

Story Team: When Hoboken Grace first received the endowment, they initially weren’t sure where it came from or why and upon investigating, they discovered your connection and time with Hoboken Grace. What about your time here made an impact on you and why did you feel it important to give in this way?

Addison: I think there’s so much to be said for the way Hoboken Grace does things. I just loved the “come as you are” mindset they have and how accepting it was of people from all walks. They always made me feel comfortable and encouraged and it was a great place to be. I miss it and haven’t found a church quite like it since.

Story Team: During your time here, how did Hoboken Grace impact you and your wife’s walk with God?

Addison: It was the ability to go to a place to be encouraged to live a good life, the morals and the values they teach, and how to stay true to the word. It was so uplifting and encouraging.

Story Team: After hearing about the Home Initiative and how your family’s contribution will go toward that, what is your hope about how that will have an impact?

Addison: I hope the gift encourages the church to know that other people support the mission and goal to put down roots in Hoboken, even stronger roots than you already have. By being able to establish that primary home it will help the church focus on other things that matter and better serve the community and spread the Word. I also think about all the events and outreach things the church does and how great it would be to have a space to do those in. When you’re able to give and pour into the community the response is so strong. Hoboken is such a cool place and my wife and I miss it. So, the idea that you guys are there and will be there a long time to just love on that area is so great to know.

I don’t feel like we are deserving of a story by any means, but the idea that my grandfather’s small gift will have a greater impact and be used this way and possibly inspire others to give is so cool. It’s crazy to see my grandparent’s legacy will continue to have an impact even years after they passed.

I hope the next time we are up in New Jersey we can visit Hoboken Grace and see for ourselves how the church is growing and changing!