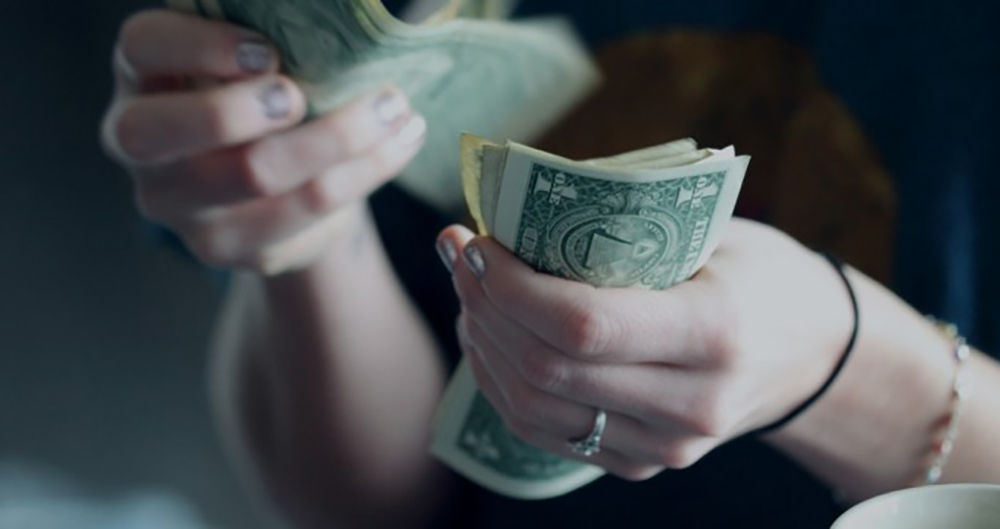 Over the past few years, I’ve interviewed countless people about their success with Financial Peace University. Couples told me it made their marriage stronger. Individuals reported paying off thousands of dollars in debt. Other people said they gained confidence and clarity in their finances that they’d never had. No matter where they were, everyone seemed to walk away with huge takeaways and more money in their bank account.

And yet, when I heard these stories, I didn’t think FPU was for me. I had no debt, wasn’t married and already considered myself pretty financially savvy. So really, I thought, what could this class possibly teach me?

In some ways, I felt like I’d been a student of personal finance my entire life. Raised by a stay-at-home dad who dabbled in investing between diaper changes, I remember watching more CNBC than Barney in the early ’90s, learning the ebb and flow of the stock market before the alphabet. Growing up, my dad coached me to buy things when they were on sale, taught me which stores doubled coupons and instilled in me a weird fondness for grocery store circulars that exists to this day.

That frugalness followed me to college, where I worked three jobs before graduating a year and a half early so I’d have minimal debt. I paid off the rest six years early, tackling the loans with the highest interest first, just as my dad had taught me. I started contributing to a 401(K) as soon as I got a job, eventually paid off my car, and seemed to be doing just fine on the meager journalism salary my college friends and I once joked would keep us eating ramen noodles forever.

But something changed around the time I moved to the Hoboken area. I started dipping into my savings to pay off my credit card at the end of each month. I racked up brunch and bar tabs and booked expensive vacations, swiping my credit card left and right like it was nothing. I was living in a city where most people don’t seem to worry about money, in an era of Treating Yo’self and Instagrammable vacations and avocado toast. With my student loans and car paid off, I stopped worrying about money, too, treating myself to plenty of metaphorical and literal avocado toast. (Sidebar: That stuff is even more ridiculously expensive when you have a gluten allergy.)

After months of this Groundhog Day cycle where I’d pull up my bank account, panic over the balance and vow to do better next month, taking control of my finances became one of my goals for 2018. I wanted to save more and give more — and have some basic idea of where my money was going.

When I signed up for FPU in January, I was still hesitant. Despite my bank account screaming otherwise, I thought I at least knew how to be smart with money. I had the basics of budgeting down. I didn’t need someone to warn me of the horrors of not saving for retirement — Suze Orman had already done that most of my life. And besides, once you know a ROTH IRA from a 401(k), you’re basically an expert, right?

As it turned out, those nine weeks made a huge impact on how I’ll look at money for the rest of my life. I learned about what types of insurance you actually need — what to add to your plan and what you shouldn’t bother paying for. I learned that changing your budget month to month works better than sticking to the same one throughout the year. And lastly, I learned that gaining control of your finances has much more to do with weighing priorities than giving up the things you love.

It was exactly what I needed to get my finances on track. And I know FPU made just as big an impact on the other people in the class. A survey at the end of the semester found participants saw an average turnaround of $7,723 — which might mean debt paid off or money saved. On average, families and individuals see a $4,000 turnaround in their finances during the nine weeks.

In the end, FPU was for me — because, really, FPU is for everyone, no matter how much you think you know.

Brittney serves on the Writing Team and she apologizes for reinforcing countless millennial stereotypes with the mere mention of avocado toast.