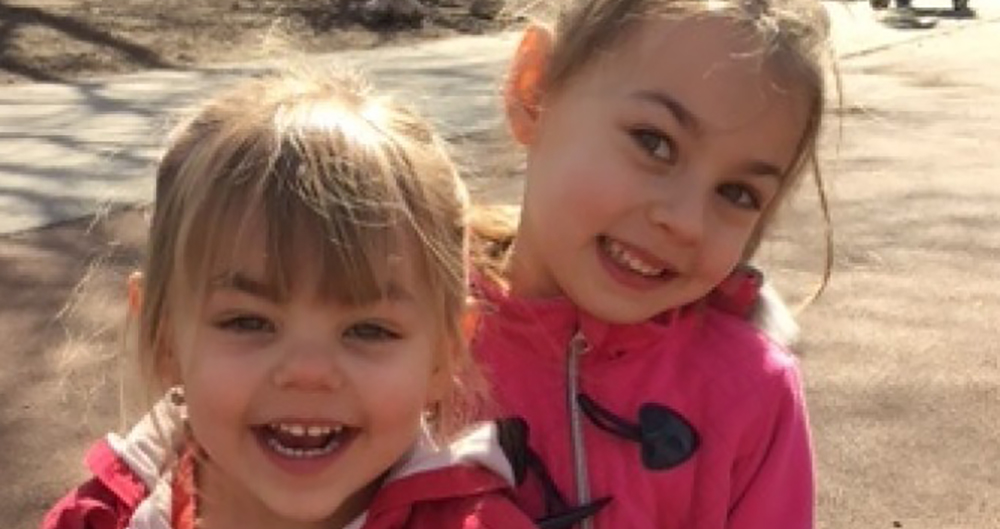 When Carla’s daughter Nora tried Grace Kids for the first time, it wasn’t the easiest of transitions. Tears streamed down her face and she wailed in protest as Mom attempted to leave. So Carla stayed, hoping Nora would grow more comfortable.

The same thing happened week after week. Nora would burst into tears, so Carla stayed instead of going to service. She worried about what Nora was feeling – she was shy, and clearly had anxiety about the situation. Weeks passed, and the teachers in Grace Kids would encourage Carla to let Nora cry while she went downstairs.

“I wanted to stay, but I would leave because I knew that was the best thing for Nora,” Carla says. “And she ended up really liking it! After 10 minutes or so of crying, she’d forget. And she got really comfortable.”

“Lily had a hard time initially, but not like Nora did,” Carla says. She was fine after the second or third try, allowing Carla to focus on the message downstairs.

Around the same time, Carla’s husband Brian started going to Hoboken Grace on a regular basis. While Carla had attended church there for nearly five years, Brian usually went to a nearby Mass. They’d go to Hoboken Grace together on holidays like Easter and Christmas Eve, but then Brian started coming more regularly, even encouraging Carla to go on days she felt like sleeping in. With both of their daughters now in Grace Kids – meaning they’d no longer have to sit in the Parents’ Area – Carla and Brian were finally able to experience church together.

As the rest of her family grew more comfortable at Hoboken Grace, Carla did as well. She knew firsthand that, for moms, meeting new people on Sunday and maintaining those relationships can be difficult – there isn’t much time to talk when you have kids. So she hosted the church’s first Mother’s Brunch, inviting other moms to sit down and get to know one another.

“They were always the same faces I’d see for years, but the ice was really never broken,” she says. “Having the Mother’s Brunch really helped a lot, because I made friends. Real friends.”

The same group has been getting together for the past three years, meeting on Saturday mornings about every two months. It’s a mix of old and new faces – women who have been going to the brunch for years and others who are new to Hoboken Grace. It’s a place where they can talk about God and their struggles – navigating the school system, parenting – and just get to know one another before heading off to games, birthday parties and other commitments.

“It makes you feel like your town is more of a community than a bunch of faces that you don’t really know,” says Carla.

She loves seeing those now familiar faces on Sunday mornings as her girls, now 6 and 3, race upstairs, eager to get to their classroom. Carla and Brian follow behind, then attend service together.

“The kids are so excited to go every Sunday,” she says. “I’m sure a part of it is because of the free doughnuts downstairs, but they do love it. … When service is done and we go upstairs, they come out and they run to show us the crafts they made. And we walk home and talk about what they made and what they learned. It’s a great way to start our Sunday.”

Carla says you can also see Grace Kids’ impact on her girls throughout the week. They read Bible stories at bedtime, and their family’s conversations often go back to the things they learned on Sunday. They might talk about what love is, or whatever the message was about that week.

“When Nora was little, she couldn’t express it, but now she says, ‘Jesus loves me, Jesus is my friend,’” says Carla. “And she’ll ask questions about Jesus, about baby Jesus, Moses and Bible stories they’ve gone over.”

Carla admits it’s been a slow journey to get to this point, and she’s grateful for the teachers in Grace Kids – the ones who helped her girls feel safe so she could focus on the service, and the ones who helped establish a firm foundation of faith in both her daughters’ lives. She’s grateful that church is something her entire family looks forward to, and that she was able to develop a great community of friends.

But eight years after she started going to Hoboken Grace, first alone, then with the rest of her family, she and her husband and kids are moving this summer. They hope to find a church community they love just as much in their new area! It won’t be easy and it won’t be exactly the same, but they know it’s possible.

Interested in learning more about Grace Kids? You can find more information here.