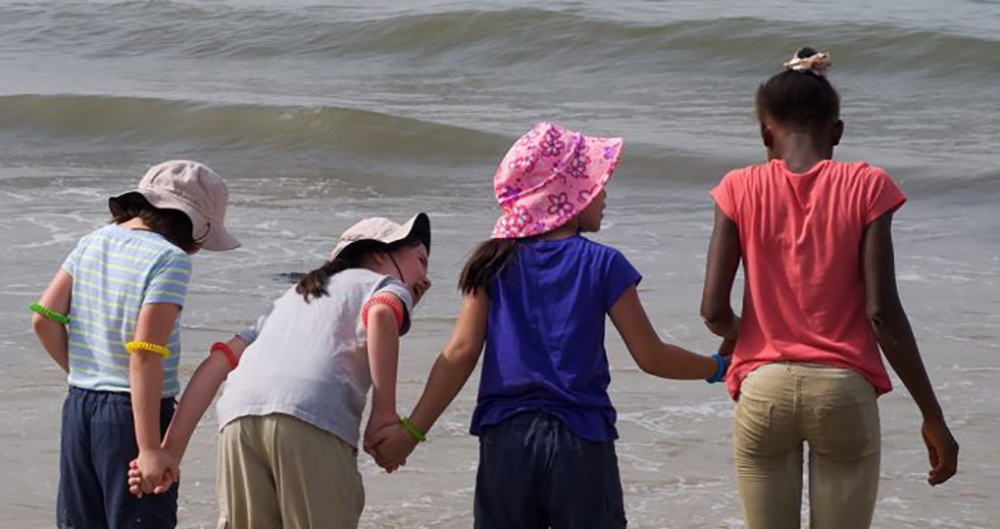 When Jim and Lyla visited Sierra Leone last year as part of a mission trip with Hoboken Grace, Jim suggested taking their kids on the next trip.

But Jim continued pressing the idea, hoping to bring their two oldest daughters, 9-year-old Loren and 7-year-old Luca. After all, he had lived in Africa when he was their age, when his father worked as a professor and missionary in Zimbabwe.

“It had a massive impact on him, and he wanted a similar exposure for our children so that they’re aware of the plight of other people who are less fortunate,” Lyla said.

As the trip approached, it was decided that both girls would go. And they wouldn’t be the only kids on the team — two of their friends, each accompanied by a parent — would also be going to Sierra Leone.

During the weeklong trip, the team would be serving the staff of Enable the Children, a program that supports more than 900 little ones with disabilities such as autism and cerebral palsy, who otherwise might be abandoned, ostracized or neglected in their communities. The team would be helping the program’s staff throw a giant beach party for the families they support, as well as organizing a retreat for staff members and their families. 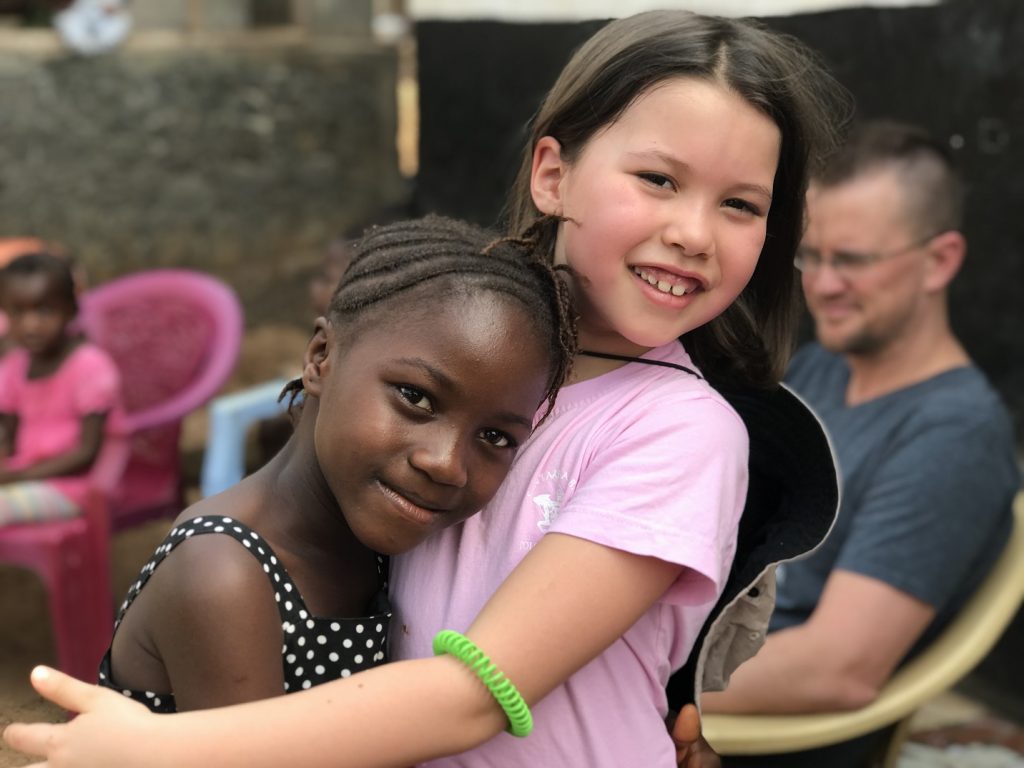 When the team arrived in Sierra Leone last month, one of the first stops for Loren, Luca and their parents was to pay a visit to Nenneh, a girl with cerebral palsy who they began sponsoring through Enable the Children six months ago.

“When she saw me, she just ran up to me and hugged me,” said Loren.

They brought letters they’d written wishing “much hope and love” for Nenneh, whose sister had died a few days earlier. And Loren gave her a doll she’d bought with her own money.

Meeting Nenneh in person was a moment they’d been excited about for months. But they hadn’t expected Neeneh’s home to be so unlike their own. At one point, Luca turned to her dad to ask why they hadn’t visited Nenneh at her house — she didn’t realize that this cramped space was where she and her family lived.

“The places we visited — the slums — were even worse than I imagined,” said Loren. “I thought they would be built out of stone, but instead there was just stone wall and metal sheets for a roof.”

But during her visit with Nenneh, another thing that stood out was her pretty pink and black dress.

“I was glad we sponsor her so she can have nice things like that,” Loren said.

The girls saw Nenneh the next day as well, during Enable the Children’s beach party. And while the adults served more than 1,400 meals to the families that attended, Loren, Luca and Nenneh danced on the beach, built sandcastles and held hands as they walked out to the ocean.

“You guys were showing everyone that kids with special needs are God’s children, too,” Jim told his daughters.

For Lyla, it was the moments like this – when all the children were playing together, despite language and cultural barriers – that stood out most.

But perhaps the greatest example of this, she and Jim say, was the last night the team spent with Enable the Children’s staff and their families. They held a huge bonfire and talked into the night, discussing the program, challenges of the past year, and how they’d seen God working. The children, meanwhile, spent the night laughing and dancing on the beach, starting a conga line and burying one another in the sand.

“It was just a beautiful vision of God’s community, one family,” said Jim, speaking of the interaction between both the children and adults. “Just being there together, despite being so radically different in so many ways. All centered on Christ.”

In retrospect, Lyla says it was great that the girls came on the trip.

“They’re not able to process everything yet, but they’ve already asked some questions about inequality — like, why they can’t just build more schools — so I think it’s starting good questions and good conversation,” she said.

Loren and Luca, meanwhile, are already thinking about their next trip to Sierra Leone.