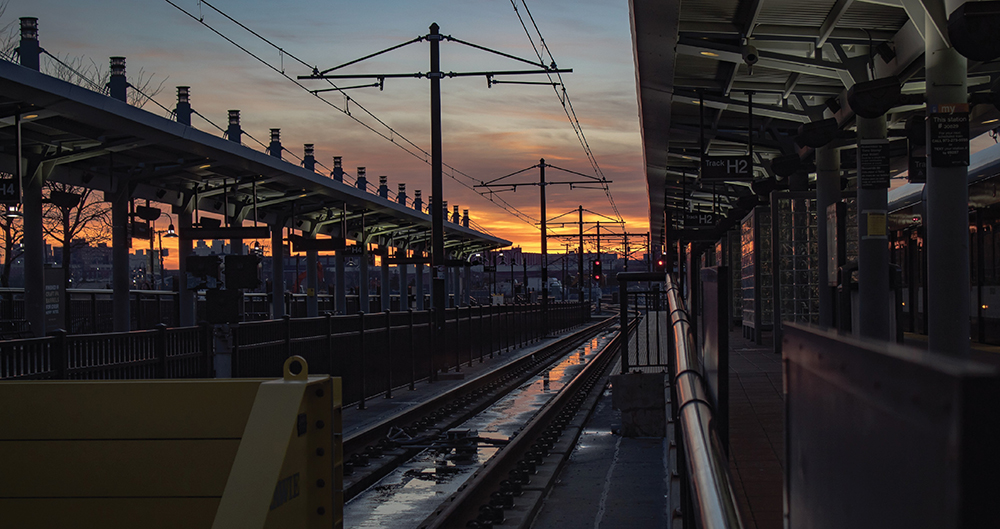 Kate was trying to get a sense of where she belonged. She’d spent years wrestling with the picture of God she’d developed as a child, an image that didn’t line up with her adult beliefs. The God she’d learned about growing up valued good behavior and favored those who followed a set of rules. In her heart, though, Kate sensed that God was full of grace and forgiveness.

She was trying out different churches when she visited Hoboken Grace last spring.

“I belonged to another church growing up and I missed being able to practice faith,” Kate said.

There was another reason Kate had started going to church again, too. In addition to looking for answers about who God was, Kate was trying to figure out more about who she was. It was something that had come up as she began thinking about dating again.

“I didn’t know how to date, or who I was as a single person, or any of that stuff, and I was kind of going to church because I needed to find myself first before I could put myself out there again,” she said.

So when she walked into Hoboken Grace for the first time, it seemed like too much of a coincidence that Pastor Chris was in the middle of a series about dating and relationships.

“The first one I walked into, he was talking about sex,” Kate said. “I was like, oh, this doesn’t happen in church, I’ve never heard this before. But it was the exact thing that I needed to hear.”

She took it as a sign that church could be different from what’d she’d known growing up.

“They were saying all the things that I needed to hear, in the right context, in the right tone, and in a way that I understand,” she said. “It [church] felt like it’s not about rules, and about when to stand up and sit down, or memorizing a certain prayer, it’s about being there.”

Soon after she started attending regularly, Kate got an email about Starting Point, a class that promised “answers to questions” about faith. It sounded like a good way to meet people at Hoboken Grace, she thought.

The class, which meets weekly for eight sessions, is meant to facilitate a conversation about different aspects of faith. The program is designed by Pastor Andy Stanley and incorporates a book, videos and discussion questions. It’s meant to be a safe environment where people can ask any questions, regardless of where they are on their faith journey.

As the class got underway, Kate turned to one of the first pages in the book. A fill-in-the-blank question that asked what she wanted to get out of the class. Kate instantly thought back to the messages about faith she’d learned as a child.

“My faith was surrounded by religion, and that religion had a conditional membership,” she wrote. “And I believe that love and faith is unconditional, and that’s what I’m hoping to find here.”

She found what she was looking for in Chapter 3, in a section that delves into the idea of earning God’s approval through the right choices and actions.

“Grace is just something we’ve been given,” Kate says the book explained “And it’s unconditional in that it’s not something that we have to earn; it’s something that’s been extended to us. And I should always strive to be the best person that I can be, but if I make a mistake, I’m not a sinner in the eyes of an angry God who’s going to punish me.”

It was a stark contrast to what Kate had learned as a child, and a message that kept appearing over and over again throughout the book.

And finally, she thought, she’d found a place in faith where her heart could belong.

Starting Point is a casual, 8-week get-together of individuals learning about their story and how it fits into God’s. It’s for those who are brand new to faith, returning to it, or just have questions and doubts.