Over the past year, Improv for a Cause has raised money for organizations in Hoboken and around the globe. The events have benefited a community mentoring program, an orphanage in Mexico and a local homeless shelter.

This time, we’re sending someone to college!

Back with a new format this Sunday, Improv for a Cause will support Love Does’ student sponsorship program — more specifically, a 22-year-old named Richard who the Uganda team met last fall. For Richard, who is the first person in his family to pursue education beyond elementary school, having the means to attend college could change the trajectory of his entire life. But it could also affect his family, his village, his district and the many lives that Richard is trying to impact.

“When he told me his story, I remember thinking, he has to go to college, no matter what,” says Brittney, who met Richard at Restore Leadership Academy, a school started by Bob Goff. “There’s something special about him. If anyone can help change the world, Richard can.”

The fact that Richard has the chance to pursue his dreams is somewhat of a miracle itself. He spent much of his childhood running from the LRA as the rebels abducted 20,000 children, making many of them child soldiers; killed thousands of other people; and displaced more than a million Ugandans in their own country. His mother gave birth while in hiding, even cutting the umbilical cord herself, he says.

As a child, Richard watched as the LRA raided villages as he and his family found new hiding places. His life was spared several times – including once when someone was killed while urging him not to sleep near a doorway. The house was struck in an attack as the person shielded Richard in the process of moving him out of the way. 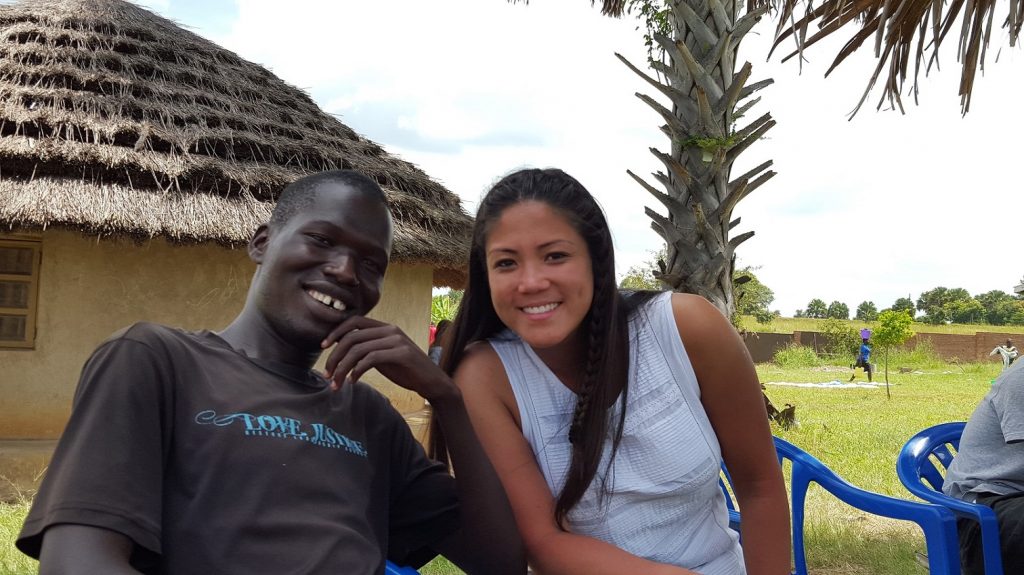 Years later, after the war had ended, Richard began attending Restore Leadership Academy, where he became one of the stars of the school’s award-winning debate team. His world widened, his faith deepened and his dreams grew. It was there that he decided he wanted to become a lawyer and spend his life fostering peace and justice. He also dreams of helping to build a stronger Uganda that is more resilient to corruption, and whose people are inspired to live extraordinary lives filled with love and gratitude. He has even  delivered speeches on those topics in nearby villages.

“I was called to speak to a group of over 500 people in my home district on the theme ‘creating a better Uganda,’” he said in an update several months ago. “When I prayed to God last night to provide me with something to speak upon, I was provided with this: To inspire people on the heart of love, gratitude, truths, beliefs and cares … and creating a new generation that will stand so strong to say no to corruption.”

Through mentoring, Richard has also been working to build into the lives of some of the many youths in Uganda, where 78 percent of the population is under the age of 30, making it the youngest country in the world.

“Young people are literally the future,” says Anna, who sponsored Richard during his last year at Restore.

After achieving one of the top test scores on national exams in northern Uganda, Richard was accepted into one of the country’s prestigious law programs. Because his family cannot afford the tuition, he has spent the past few months applying for scholarships and praying for a financial miracle. Through Love Does’ sponsorship program, he will be able to pursue his dreams.

That’s where Improv for a Cause comes in. While the show is completely free, donations will go toward the sponsorship program, to ensure that Richard will be able to attend college for the next four years. If you can’t make the show but would like to support Richard, you can do so here.

Improv for a Cause

About the show: Improv for a Cause is back with a brand-new show! Yes, the comedians are the same, but this time the games are in YOUR hands. You will vote, choose and suggest the games the improvisers play. In the vein of “Who’s Line Is It Anyway?,” join NYC’s funniest improv comedians as we benefit another great cause.