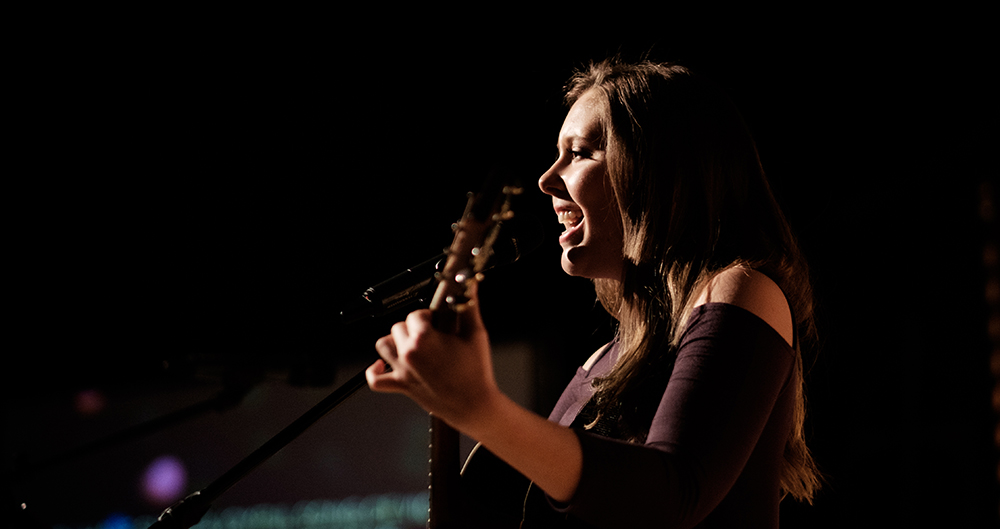 On a Sunday morning last month, Maria sang with the band, played the cello and performed a piece she wrote on guitar. Call her a triple threat, or just one of the Worship Team’s most versatile musicians.

But it’s been a long journey from her nerve-racking audition to that point. In the past year and a half, serving on the team has helped her grow both spiritually and as a musician. She’s become more confident onstage, she says, but has also realized that her gifts are not just for her – they’re to help other people grow closer to God.

Maria recently sat down with the Writing Team to talk about how she started playing cello onstage, the experience of writing a song, and why lyrics about sin being defeated get her so amped up. An edited transcript of the interview appears below.

How did you get involved with the team?

I got involved with the team in September or October of 2015. I was in a Christian organization, Cru, at Penn State. I had been involved in the worship team there, and I was kind of itching to get involved again. It felt weird not singing or using my music for anything, because I do believe that’s the gift God’s given me to serve Him with.

So I went in and auditioned with Dana. I was super nervous, but it felt so good to sing again. When we finished, I remember hugging her and saying, ‘That was so fun! I don’t even care if I don’t get to be on the Worship Team!’ ”

I started out just singing, but I also play cello, and piano a little bit, and guitar. Dana at one point asked me, “can you just play cello this one Sunday?” So I played, and then it kind of just became a thing. But it was good for me, because it helped me develop as a cellist. I’ve gotten a lot more comfortable with my instrument and playing in that kind of forum. 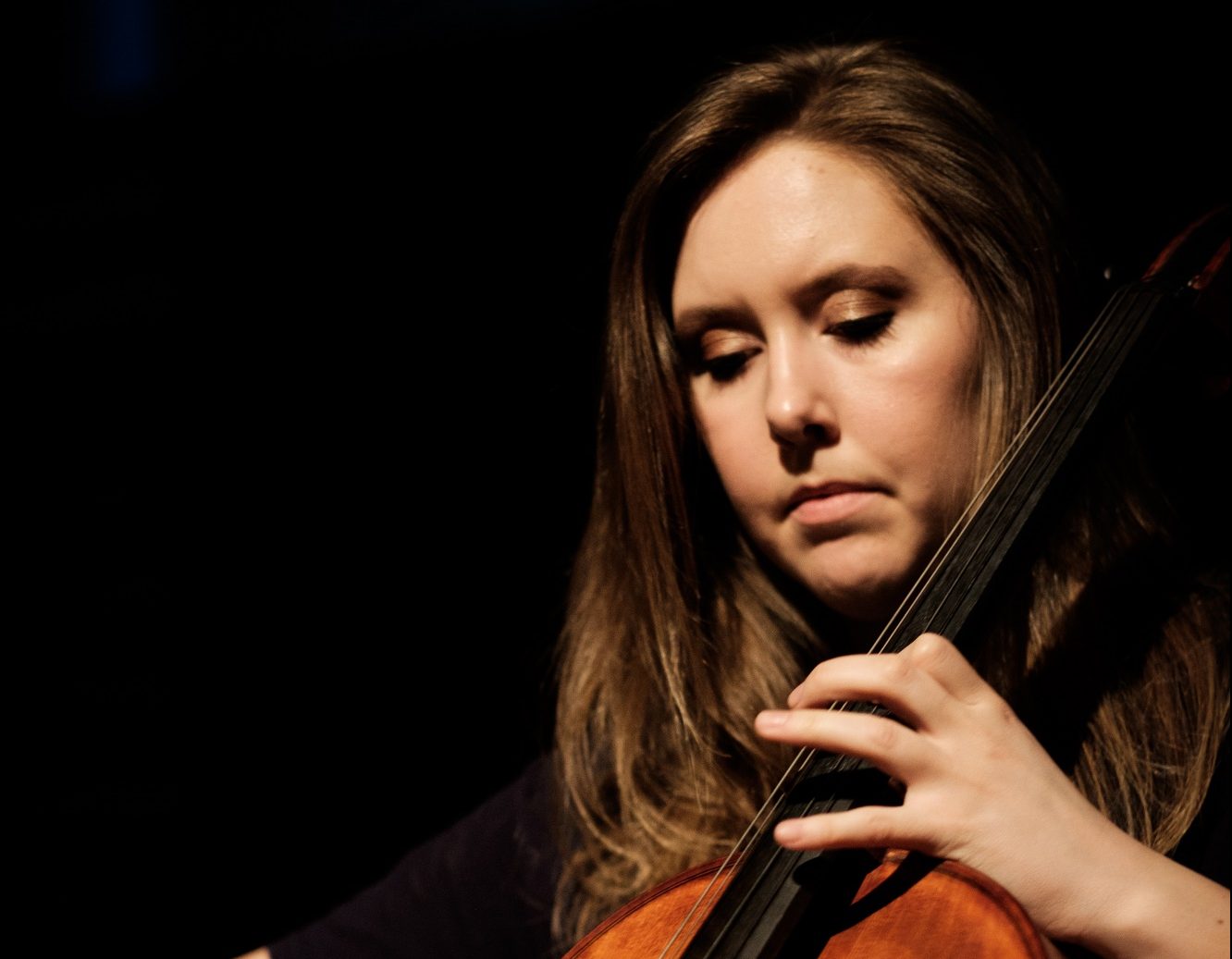 What kind of an impact has serving on the team had on your life personally or spiritually?

Dana and Hannah are really good at developing people. They both have poured into me not only from the musical side, but also the spiritual side. It’s helped me grow as a musician and helped me strengthen my confidence.

On the spiritual side, it’s definitely been a journey to learn how to focus on the right things, to constantly be setting yourself aside and remembering, I’m not up here to be a cool person onstage, but this is really about worshiping with people, and hopefully being able to aid people in their relationship with God. It’s just such a cool opportunity to be one of the people helping facilitate worship, and to be able to help people in that way. It’s helped me learn to be selfless. It’s also helped me grow in my relationship with God because, when you lead a song, you really have to think about the words leading up to that Sunday, and what they mean. And then on Sunday it just becomes a conversation with God, just walking through it.

Is there any song in particular that, while thinking about the lyrics, you really connect with?

Recently it’s been our  new song, “It Is Done.” The chorus and the bridge of that song just really amps me up. Any bridge or any chorus about the fact that sin has no hold on us just really gets me pumped up. Whenever I’m playing cello and there’s a chorus about that, I have a really hard time because I just want to raise my hands and I can’t.

Is there any reason why that kind of song gets you so excited about God?

For me, just knowing that Christ has fought our battles for us. I think there’s a lot of discouragement and frustration in this world. And to realize that, yes, that’s true, but it’s all temporary, and there’s still a war going on, there’s still sin in the world, but overall, God has won the war. There’s nothing more to be discouraged by. We know where we’re going. We know who we’re held by, who’s going in front of us. We know we’re protected, that He has a plan for us. 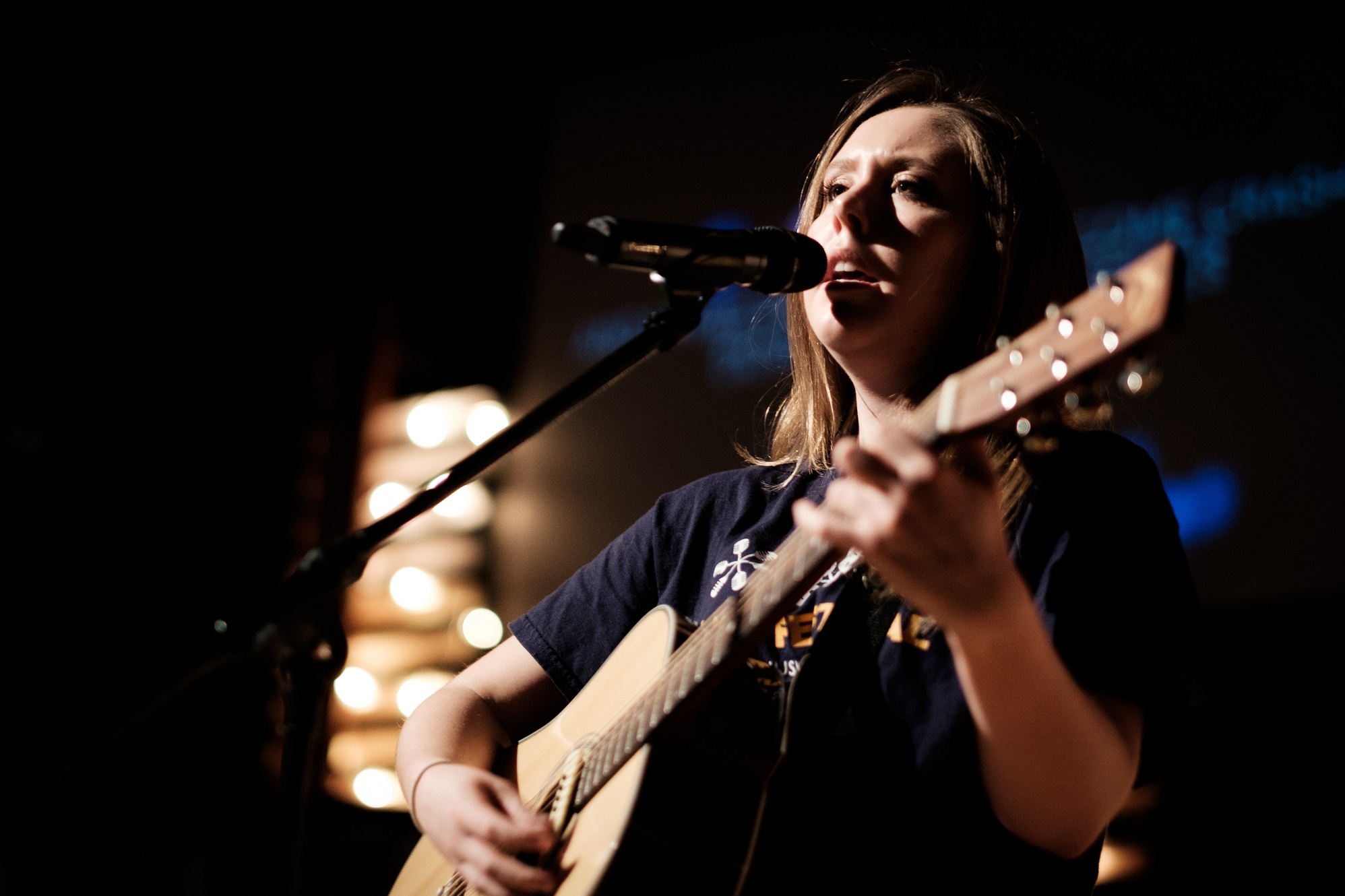 And you wrote a song recently too, right? What was that process like and what was behind the song?

I was reading through Exodus, and I guess this is really judgmental and hypocritical, but I thought to myself, this seems ridiculous. God is performing these miracles and it’s very clear who’s in charge here. You just watch the Israelites over and over again asking, “Why didn’t you just leave us in Egypt? This is horrible, you’re just abandoning us.” Or, “Why don’t we have any food?” And He gives them food that rains from the sky, and they ask, “Why is it this food?” At first I was really annoyed. They’re so forgetful, and it’s so obvious. And then I realized that that’s me! God will do something in my life, and I either don’t notice it, or I’ll recognize it for a second and then I’m on to the next thing that’s not right. The song is a reminder that I’ve seen God do these incredible things in my life. He’s parted the waters of the sea in my life, he’s crumbled the walls of Jericho in my life. All my fears, all my worries, He had a plan behind them, and I’m just gonna sing praises instead of focusing on the next thing that I think is wrong.

What advice would you give someone who’s thinking about joining the team?

I think there’s a fear factor. Auditioning is scary. You have to get over that fear to come and audition, but everybody on the team is just all for development and really challenging each other and encouraging each other. So if that’s what you’re led to do, you should go for it.

I’ve heard somebody say, well, there’s enough people on the Worship Team, I didn’t think you guys needed more people. That’s never the case. Not only is there always room, but there are always more people that should use the gifts God gave them in this way. I want others to have this amazing experience as well.

And if you feel like your specific musical skill can’t be used, I would say at least talk to somebody about it. The more diverse we get, the more types of instruments we have, the cooler it gets.