Join us for the rebroadcast of the full service tonight @ 8pm! 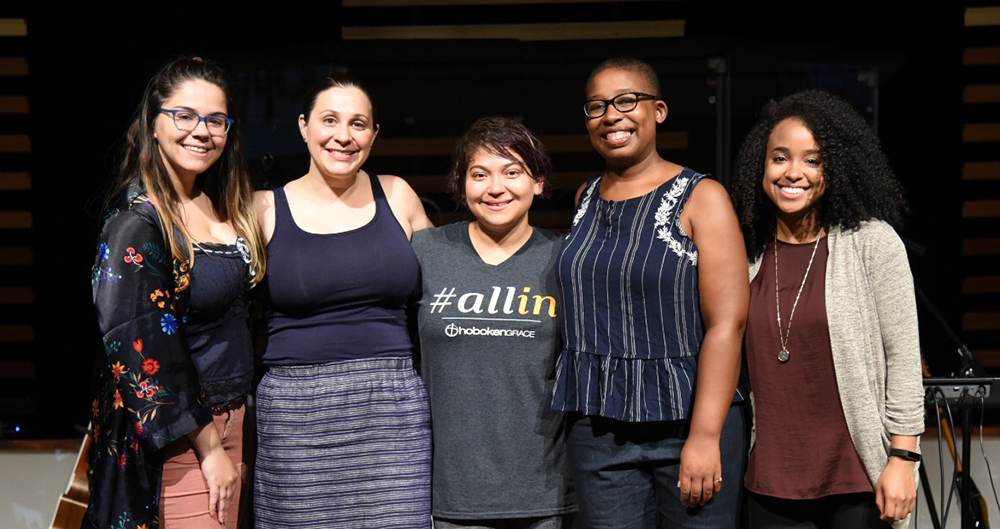 After serving on the Family Life Team for nearly two years, Angie has been on stage for countless baptisms at Hoboken Grace. And while each one has been special in its own way, this one was different.

“I knew these girls, I knew their stories,” she said.

Now a dinner group leader, Angie had been a part of the many conversations, prayers and text messages leading up to this moment.

A few weeks earlier, three of the women in Angie’s group told her separately they’d decided to get baptized. They’d each come to the decision on their own, after months of thinking about it and countless discussions in dinner group. But they never expected they’d be doing it together, on the same day.

All three women had taken different journeys to get there, said Gabby. They’d each had different questions and different hesitations.

Monique had been thinking about baptism ever since she started attending Hoboken Grace. She’d felt – as Anthony might say — a “nudge.”

“But something in me felt as though I wasn’t worthy yet to be baptized,” Monique said. 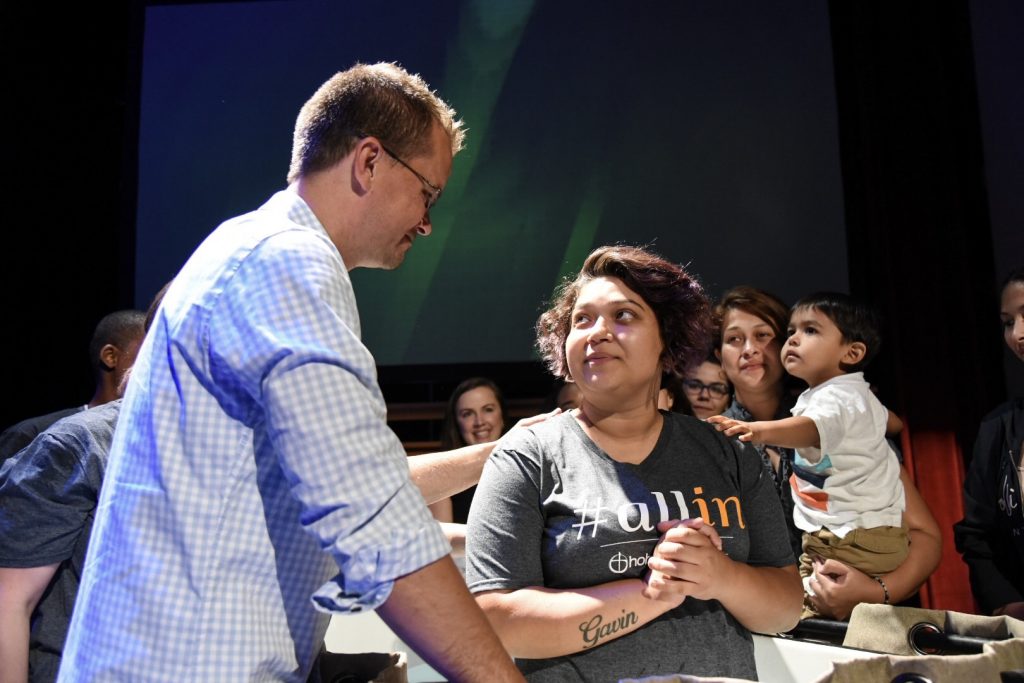 Gabby, meanwhile, was comfortable with the idea of getting baptized, but not so much the thought of doing it in front of a huge crowd. In addition, she said, she had equated taking that step at Hoboken Grace to making a greater commitment to the church.

“It’s not accurate, as it’s an outward act of commitment to God,” she said. “But doing it with the Hoboken Grace community was a big deal for me.”

Along with Sue, who also decided to get baptized that Sunday two weeks ago, they’d talked about baptism in dinner group countless times over the past year.

“Sometimes that conversation brought about discomfort and disagreement, but that was all the more reason to discuss it,” said Angie. “In our discussions, there were so many different ideas about what it meant and how or when it was done. We were able to really dig deep as a group and ask, ‘What does obedience to God look like?’ ‘Why is this a difficult topic for me?’ and ‘How can I encourage so-and-so in this?’”

It was those conversations, said Gabby, that encouraged her to take that step – one that she says symbolized her growth and desire to follow God. “It’s a physical demonstration of an internal commitment I made a few years ago,” she said.

For Monique, listening to a podcast from last May, when Anthony spoke about baptism, was what ultimately convinced her that the voice in her head was wrong – that she didn’t have to feel “worthy” to get baptized.

“Getting baptized to me meant so many different things,” said Monique. “Mainly that the past is the past and that I would make many mistakes, but I promise to myself and of course to God that I will follow Him and only Him.”

While each of the women had come to the decision to get baptized for their own reasons, and in their own time, all three chose Sunday, July 30th as the day they’d take that step. And after dozens of discussions about what it meant for them individually, they’d be doing it together.

“There was not a doubt in my mind that God orchestrated everything to bring them to this point,” said Angie. “His hand was in all of it.” 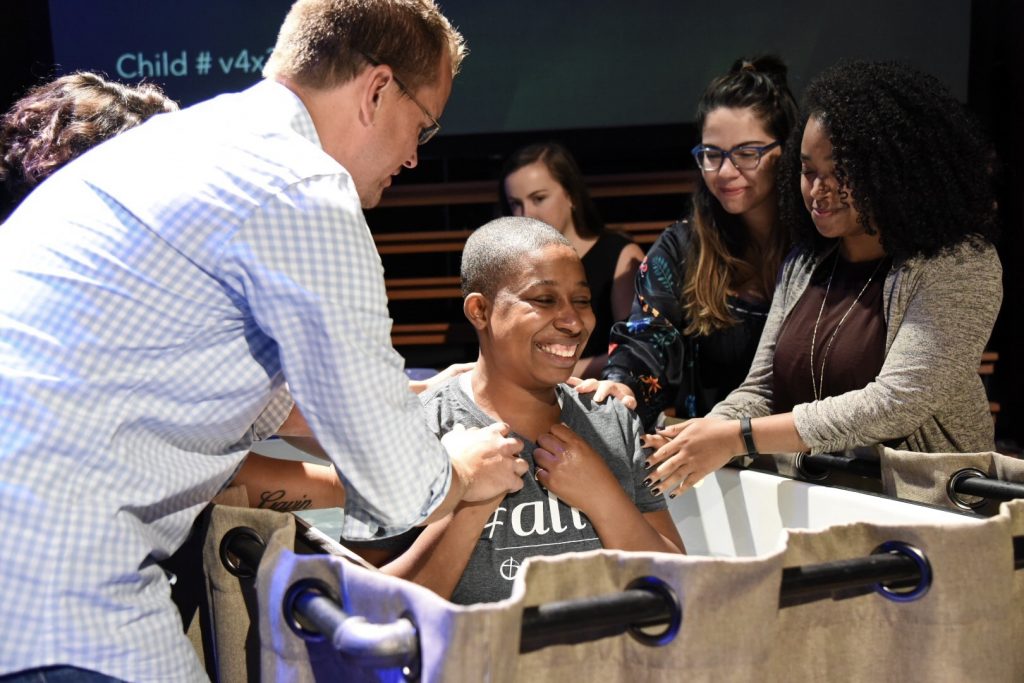 The rest of their dinner group had a hand in it as well, surrounding all three women as they were baptized. And sharing that moment made it all the more special, they said.

“I really love my dinner group and it was great to be there with the two women who were with me,” said Gabby. “I’m so proud of them, for multiple reasons, and sharing this moment was a reminder of how when God’s love is manifest, it multiples.”

Interested in taking the step of baptism? Attend What Is Baptism? after any service this Sunday.