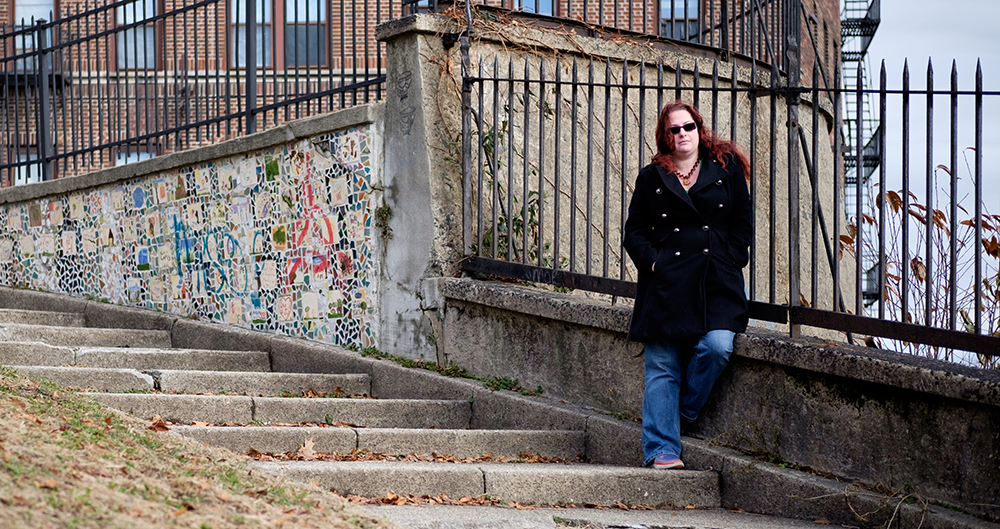 Amy came to Riverview-Fisk Park at her wits’ end. She’d had a huge fight with her boyfriend and needed to leave her apartment a few blocks away. Weighed down and worn out by the emotions of the past four years of an abusive relationship, she sat on a bench and thought she was done with her life in this city.

Julia came to the park in a rush. She’d just met a friend for coffee and had another meeting in an hour. But as she walked past several benches, she saw a woman who appeared to be crying. The light from an overhead streetlamp illuminated the distress on Amy’s face. Thinking of everything she needed to get done, Julia kept walking. But then something tugged at her heart, convincing her to turn around and ask if the woman on the bench was okay.

Amy told her it was nothing – she had allergies. Unconvinced, Julia sat next to her, and Amy began to open up. They talked about the stress of the area, and the fact that Amy wasn’t sure how much longer she could live in Jersey City. And then Julia asked if she could pray for her. 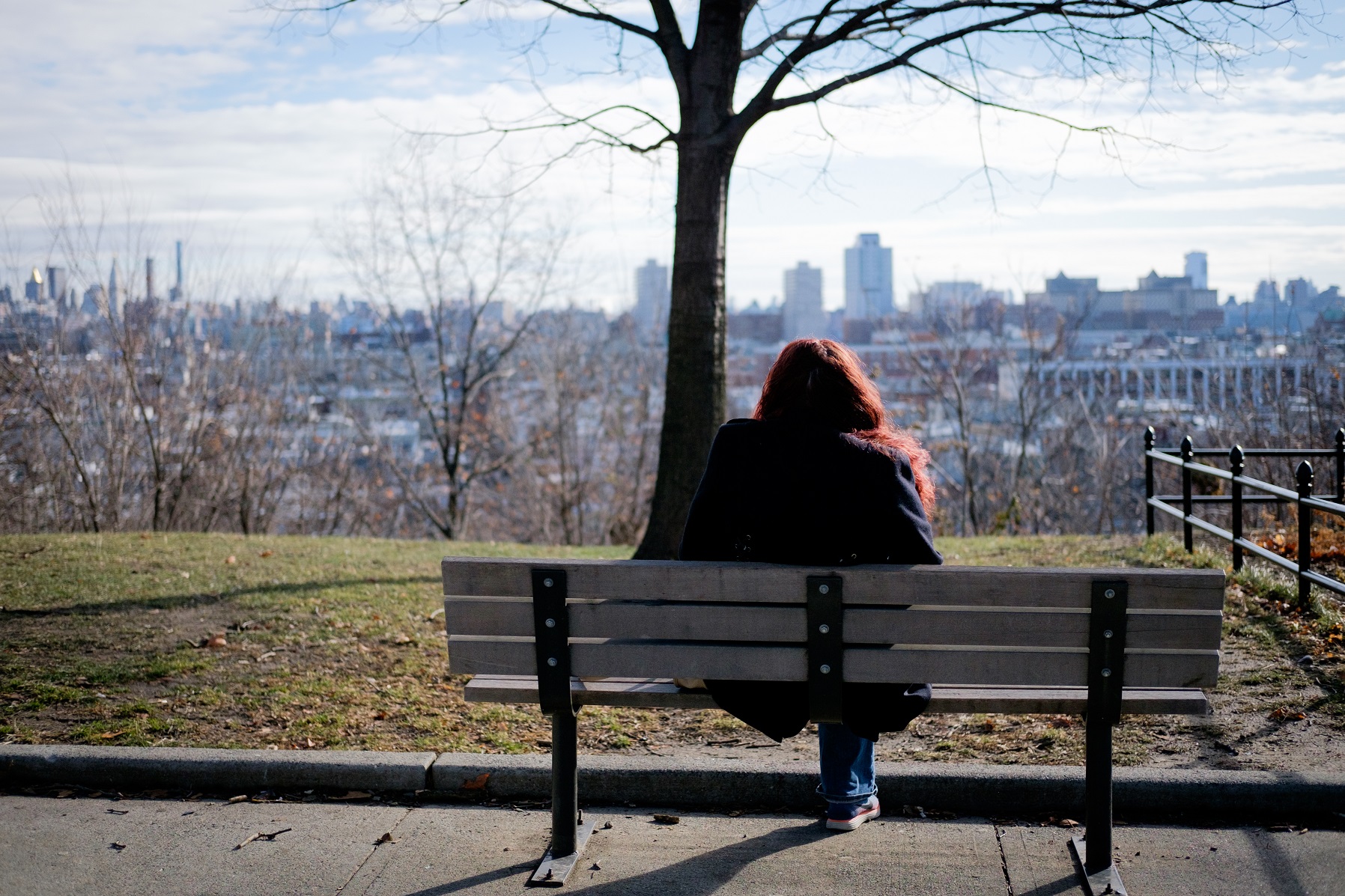 When people brought up faith, Amy’s first instinct was to brush them off. While she grew up going to church, a series of events convinced her that God couldn’t exist – not after what she’d been through. Early in her life, she’d faced physical, emotional and sexual abuse, including from people she loved. She became anorexic at age 9 and eventually dropped out of high school. By 18, she was pregnant, kicked out of her home and panhandling on the street. After giving the baby up for adoption, she’d stopped eating altogether and became suicidal – until a friend intervened and convinced her to seek help.

After that, it became too difficult to believe in God, she said, and she wanted nothing to do with faith. But something was different as she sat on this park bench, alongside a 23-year-old stranger who’d just offered to pray for her.

“My normal response would be, you’re nuts, get away from me, I don’t want to hear this,” said Amy. “And I said, yes, please.”

So Julia prayed out loud as they sat together. She prayed that Amy would find peace in the midst of what she was going through. And she also prayed that Amy would be fearless. It was a word Julia had embraced that year, and one that’d been on her mind recently as Hoboken Grace’s “Fearless” series was getting underway that fall.

As they talked more, Julia told Amy about the community she’d found at church. She asked if Amy would want to go with her. Amy dismissed the idea, saying she didn’t believe in God. But as they continued talking, Julia felt prompted to bring it up a second time, then a third time. She said she was going to give Amy her cell phone number anyway, so she could text her if she changed her mind.

“I told her, ‘I’ll ask my sister and see what my sister says,’” said Amy. “Which basically was my way of saying yes, because my sister’s a youth pastor for the Salvation Army church.”

Amy went to Hoboken Grace with Julia the next week. She cried throughout most of the service.

“I just felt such a closeness and a connection,” Amy said. “I realized God’s been there the entire time. I was just being stubborn about it because of everything I went through.”

It was one of the first weeks of the “Fearless” series, and the message itself struck a chord. For months, Amy had been afraid to leave her boyfriend, even though she knew their relationship was toxic. 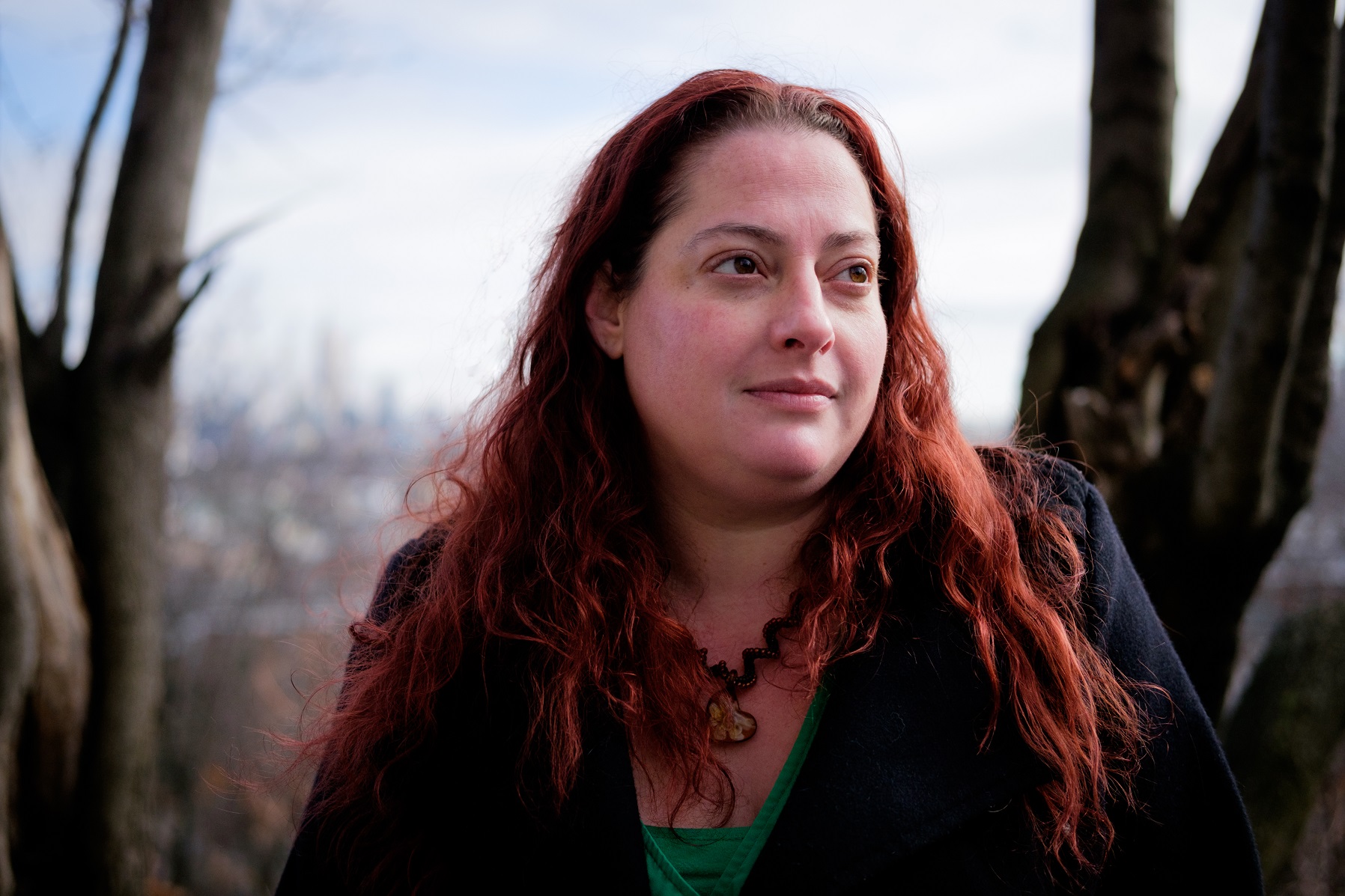 Ten years ago, Amy was diagnosed with a serious illness. And while it hadn’t affected much of her life, she’d grown afraid of the possibility of being alone – even if it meant staying in an abusive relationship.

“A lot of where my fear came from is my ex shamed me a lot, using my past and fear of being alone, and shame of tolerating the abuse and mistreatment,” Amy said. “And it made me question everything.”

After that first church service, she was also questioning whether or not she had faith. In addition to continuing to attend Hoboken Grace, she joined Julia’s dinner group, hoping to further explore that question. The girls in the group immediately embraced her and everything she was going through, including the ups and downs of her relationship.

“It was as I felt the love and support from my dinner group that I started to really develop my faith a little more,” she said. “Once I started actively including prayer as part of my life and making it a conversation with God … it came to a point where it was like, duh… what am I afraid of?”

As she grew closer to God, Amy also began to express her faith through music, realizing it’s one of her greatest gifts. She had picked up the violin a year earlier and had recently begun playing with an orchestra. She also joined Hoboken Grace’s Choir, stirring up memories of singing with her sister in church when they were young. That December, they’d sing a duet together at her sister’s church, a song that ended with both of them in tears. It was the first time they’d sung in church together in years.

In the meantime, she and her boyfriend were still on and off. But as she grew closer to her dinner group and drew closer to God, she realized she’d never been alone. Through her dinner group, she found camaraderie and friendship and began to fully experience God’s love. And after months and months, she found the strength within herself to kick her boyfriend out for good.

After the breakup, Amy says she grew intentional about following where God wanted her to go.

“For the past sixth months, I’ve made a pointed effort of being led,” she said. “That’s it, just focusing on my faith, my fellowship and just being led. And I have a new job that’s just incredible … It’s exactly what I need right now. I’m starting a new relationship, and I have my dinner group.”

Amy also has the Outreach Team, a group she serves with twice a month that collects food outside Shop-Rite and ACME. The items dropped off by customers go to a local foodbank and shelter, to people who – like her many years ago – might be living on the street or facing otherwise challenging circumstances. 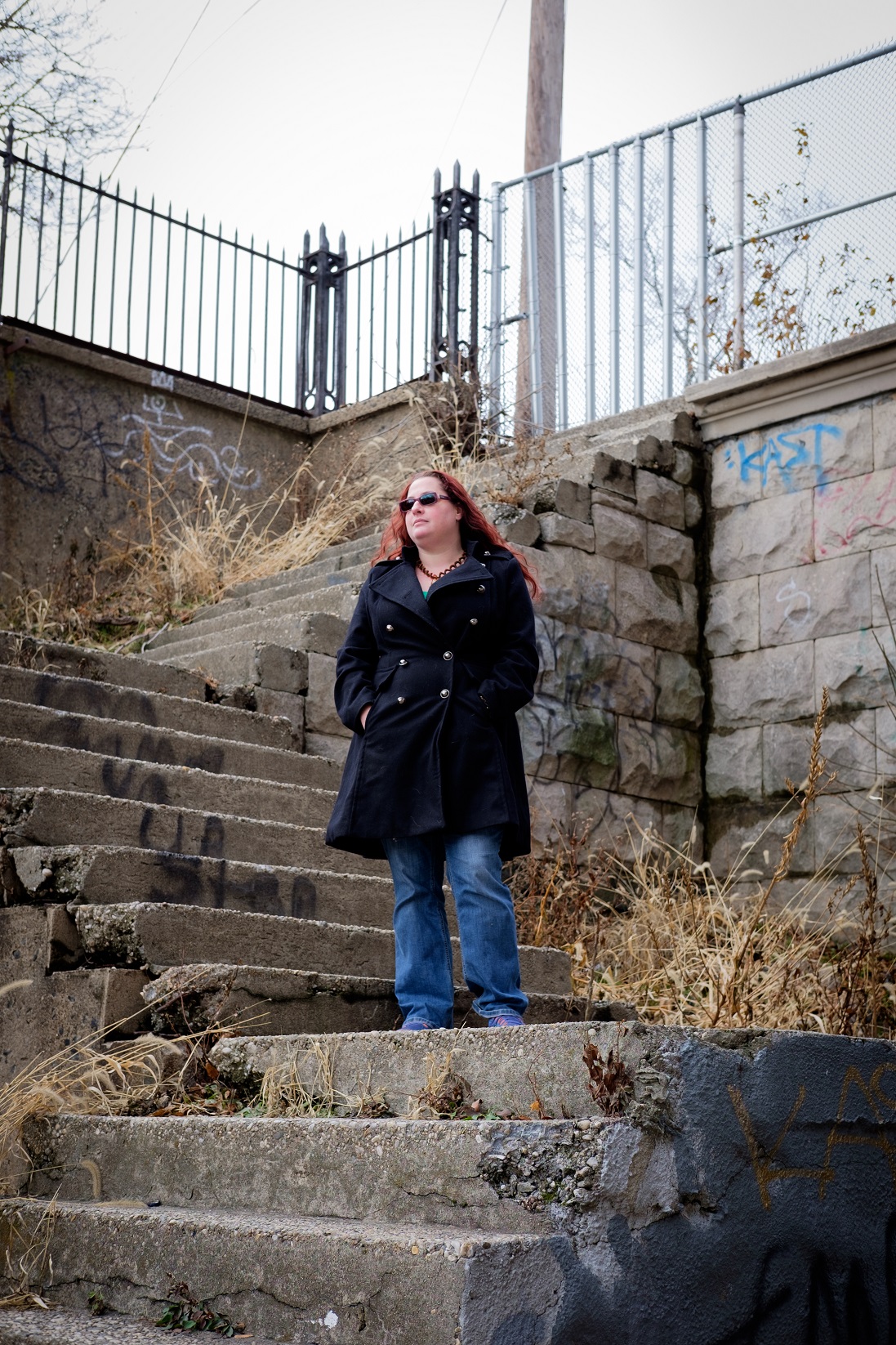 On a Sunday morning in September, Amy started bawling at the sight of a 1Day promo video, realizing it’d been a year since she started going back to church. She was a completely different person, she said. She’s no longer the same woman who was crying at Riverview-Fisk Park, separated from God by the pain in her past.

“I feel very fulfilled,” she said. “I feel like my faith was always there, I was just too stubborn to see it. So when Anthony says, ‘God is pursuing you,’ it’s right there for me.”

Even so, Amy says she’s spent much of the past year working through the “Fearless” series, first finding her faith, then finding the courage to share it with others. In many ways, she says, she’s just emerging from the series.

“It took me about three months to come to terms with faith again,” Amy said. “And that’s why ‘Fearless’ resonated so much with me. I came to realize that I wasn’t alone anyway – so I could stop being afraid and I could start to live.”