TEAMS is a monthly series that celebrates the talent and impact of various groups at Hoboken Grace.

On a Sunday morning in mid-July, Monica stood at an easel during a special all-worship service at Hoboken Grace. With each song the band played, she layered colors and shapes on her canvas.

“I didn’t really plan what I was going to paint,” she says. “I just prayed about it and allowed myself to be inspired by what was going on around me, by the music, by the spoken word, by other people.

What resulted were strokes of blues and greens, and whites and browns that became three scenes – one painted during each service. Each canvas took on its own look and meaning, a collection of thoughts and emotions.

The idea to incorporate painting during worship came from the Creative Team, a group dedicated to creating the atmosphere at Teams Night. Through art, writing and other interactive elements, they work to create a space where people can relax and draw closer to God.

It’s also where the Creative Team plays its own role, serving those who serve with a night of worship. The team tries to inspire and encourage everyone who attends, and also remind people of the difference they’re making, says Marcie, one of the members. 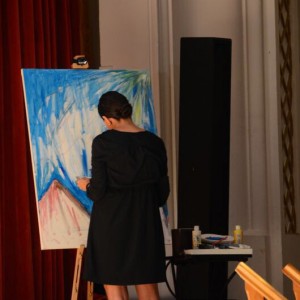 Monica, who is also a team member, says she loves being greeted each Sunday morning and is happy to give back to those who make her feel so welcome.

Before each Teams Night, the group brainstorms how to incorporate a specific concept or theme, sometimes inspired by a recent series.

“And then as a team we think about what it is that we want to offer to the people who serve,” Monica says.

Once they have an idea, they work on individual projects that play best to their skill sets, Marcie says.

Each member brings something different to the team. Monica, for example, is an art therapist, and helps people express themselves through art. Anna, another member, is a gifted writer. But in their own way, the members work together to articulate a message to the other teams at Hoboken Grace. The last Teams Night, for example, stressed the importance of feeding yourself spiritually.

“It was very powerful personally because it really highlighted how you need to nourish your soul, we need to nourish our spirit, in order to be able to continue to serve,” says Monica.

Teams Night is also a place to connect with God, and to think about where your talents might be best used if you’re not already serving, she says.

“If you’re thinking about it, try it out, try different teams,” she adds. “Because everyone has amazing talents, and they can always contribute.”

Want to learn more about serving on a team at Hoboken Grace? In addition to Teams Night, you can attend Intro to Impact after service on the first Sunday of every month. 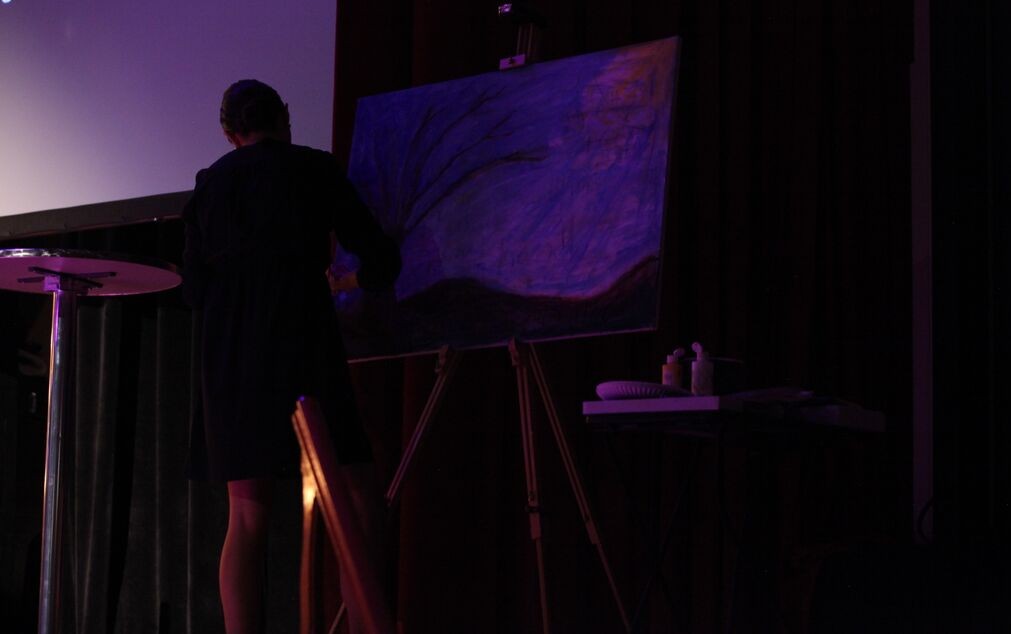