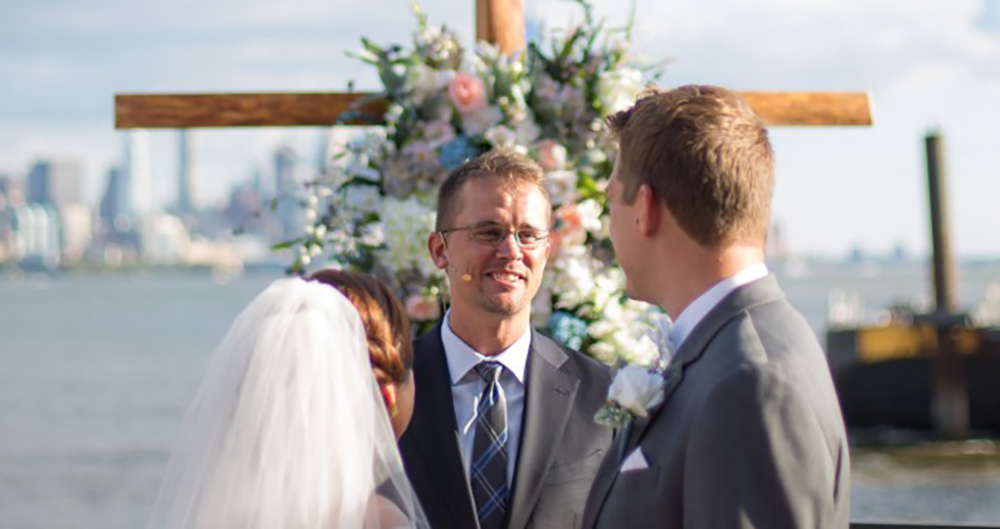 When you look back at the last 10 years, one of the biggest stories is one that’s perhaps not as obvious or often talked about: the number of Hoboken Grace weddings.

Over the past decade, at least 17 couples have gotten married after meeting through Hoboken Grace. That includes couples who got to know each other at connection events, on a mission trip, at a choir info meeting and even while working in the church office.

So as we continue to celebrate Hoboken Grace’s 10th birthday this month — and mark Valentine’s Day this week — the Writing Team asked some of those couples to share how they met. 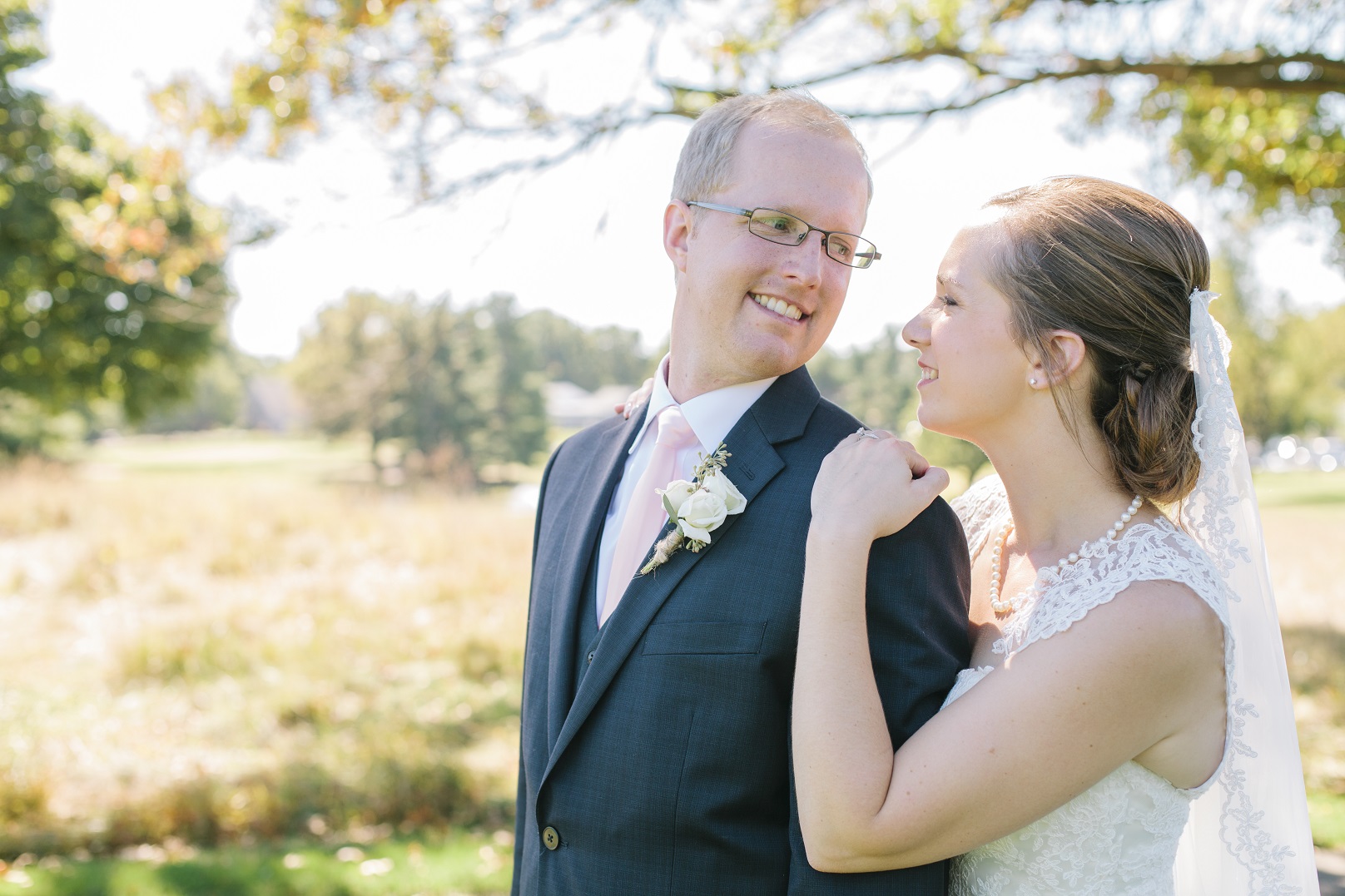 “This depends on who you ask!” said Erin. “If you ask me, we met outside the Boys & Girls Club during Hurricane Sandy when the church was organizing groups to clean up different projects. I annoyed James by singing ‘Tear Down the Walls’ by Hillsong all week while we were literally tearing down walls. (Luckily for James I’ve gotten funnier as time has gone on…)

The truth is we technically met then, but that’s not how we got to know each other.

We got to know each other when we went on the Guatemala mission trip in March 2013. Aside from the fact that a mission trip is a great way to get to know the people you’re serving with, our translator for the week seemed like he was on his own ‘mission’ to get us together.

On the last day of the trip, he spent 45 minutes (in front of the entire group) asking someone who knew James well what qualities a woman needed to have in order to be a good match for him. After each quality was mentioned, he would ask someone who knew me well whether I fit that description, and she assured him that I did. It was completely embarrassing (think red-in-the-face, can’t-look-in-each-other’s-direction embarrassing), but looking back, the experience seems like it was just what we needed to get us out of our own way and paying attention to what really mattered.” 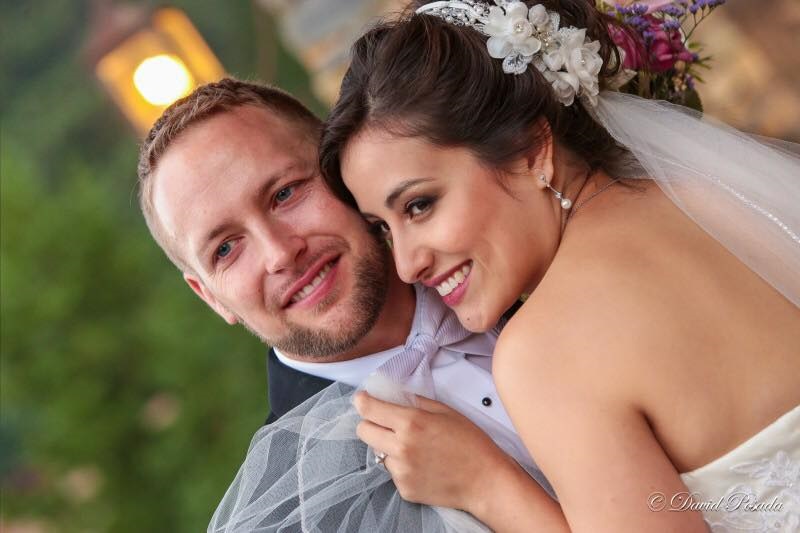 “Flor and I met after church one Sunday while we were both serving on the First Impressions Team,” said Mike. “I was a new believer and had recently been baptized, and Flor had been growing in her personal relationship with God while living in a new city in a new country. God had pierced both of our hearts to serve others, and in doing so, He brought us together. We are thankful for the opportunities we had to serve at Hoboken Grace, and we are excited to pass on what we learned and help create structure for people to serve with our new church family in Boston.” 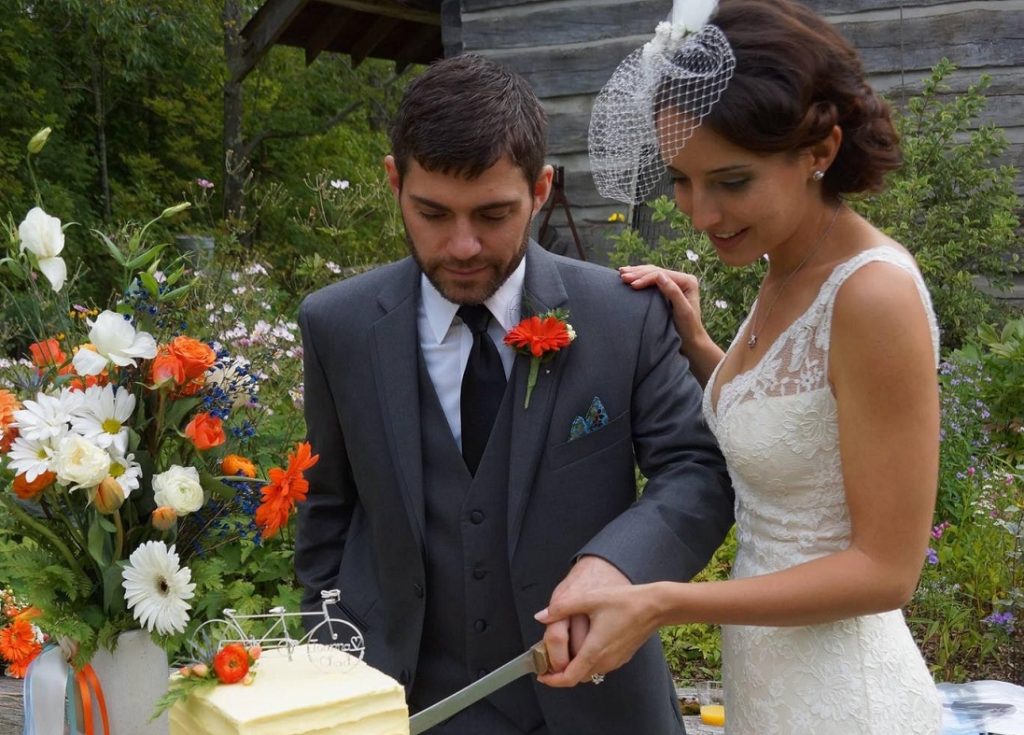 “I first saw Joanna my second week at church as she waded into the pool on stage to get baptized at the end of March 2010,” said Chad. “She gave a short testimony and in the span of 60 seconds I was captivated spiritually, intellectually and physically. She was articulate, beautiful and knew who she was in God’s eyes. And all I knew was her first name.

So, I’d show up at connection events, sit nearby on Sunday to ensure she was one of those I ‘greeted around me.’ Some might call it light stalking, but I considered it an opportunity for prepared serendipity. It took a full year before we had an actual conversation. Then I asked her to a meeting — not a date — just a drinks-turned-into-dinner-back-to-drinks meeting. That carried into witty (for me) banter on Facebook. Then, suddenly it seemed, we were dating.

We made French macarons. We had our first kiss on the corner of Houston and Broadway. We went to other people’s weddings. We got stuck in the rain after Billy Elliott the Musical. We had our first fight over Bugs Bunny. We prayed together. We searched the neighborhood for her lost cat. I told her I loved her. Weeks later, she said the same.

Waiting on God’s timing can be achingly frustrating. I had literally stood under a clear night sky both begging and yelling for Him to deliver a companion. He’s worth waiting on. She’s so much more than I could have ever imagined.” 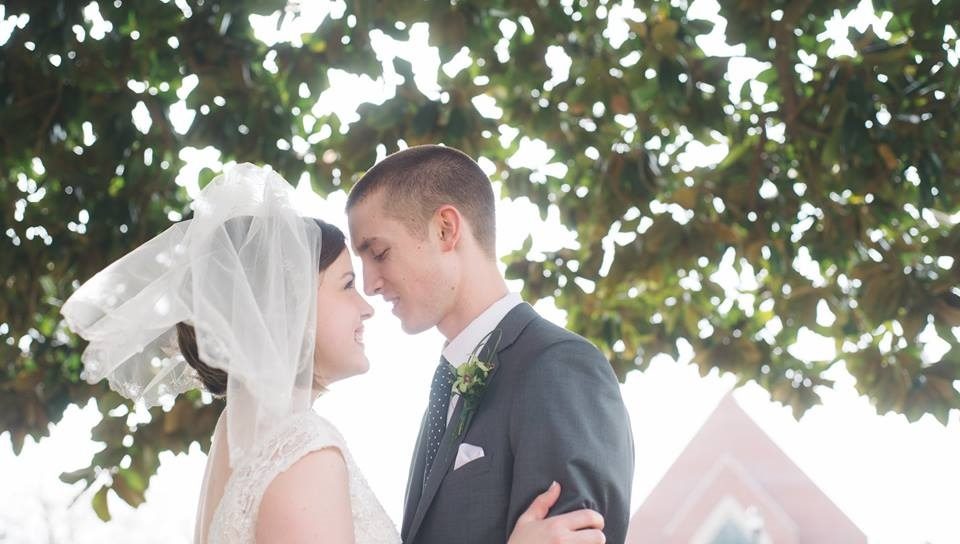 “Sarah and I met at a Hoboken Grace connection event roughly seven years ago,” said CJ. “I recall two things from our introduction: 1). Her accent spoke of a town far, far away and 2). I was eager to get to know her more. I made attempts to interact with her when I saw her at church and, unbeknownst to me at the time, a mutual friend of ours was separately trying to set us up. We began dating shortly thereafter, and in March 2014, Pastor Chris pronounced us husband and wife. We’re forever indebted to our Hoboken Grace family for the love, support and encouragement they provided us during our dating years and continue to provide today.”

“Brad and I met in 2010 at Hoboken Grace when he was working for the church and I started TRUE Mentors,” said Susi. “It was only the two of us in the office most of the time (except for Pastor Chris), and we got to be good friends. A year later we started dating and two years after that we got married at Hoboken Grace.” 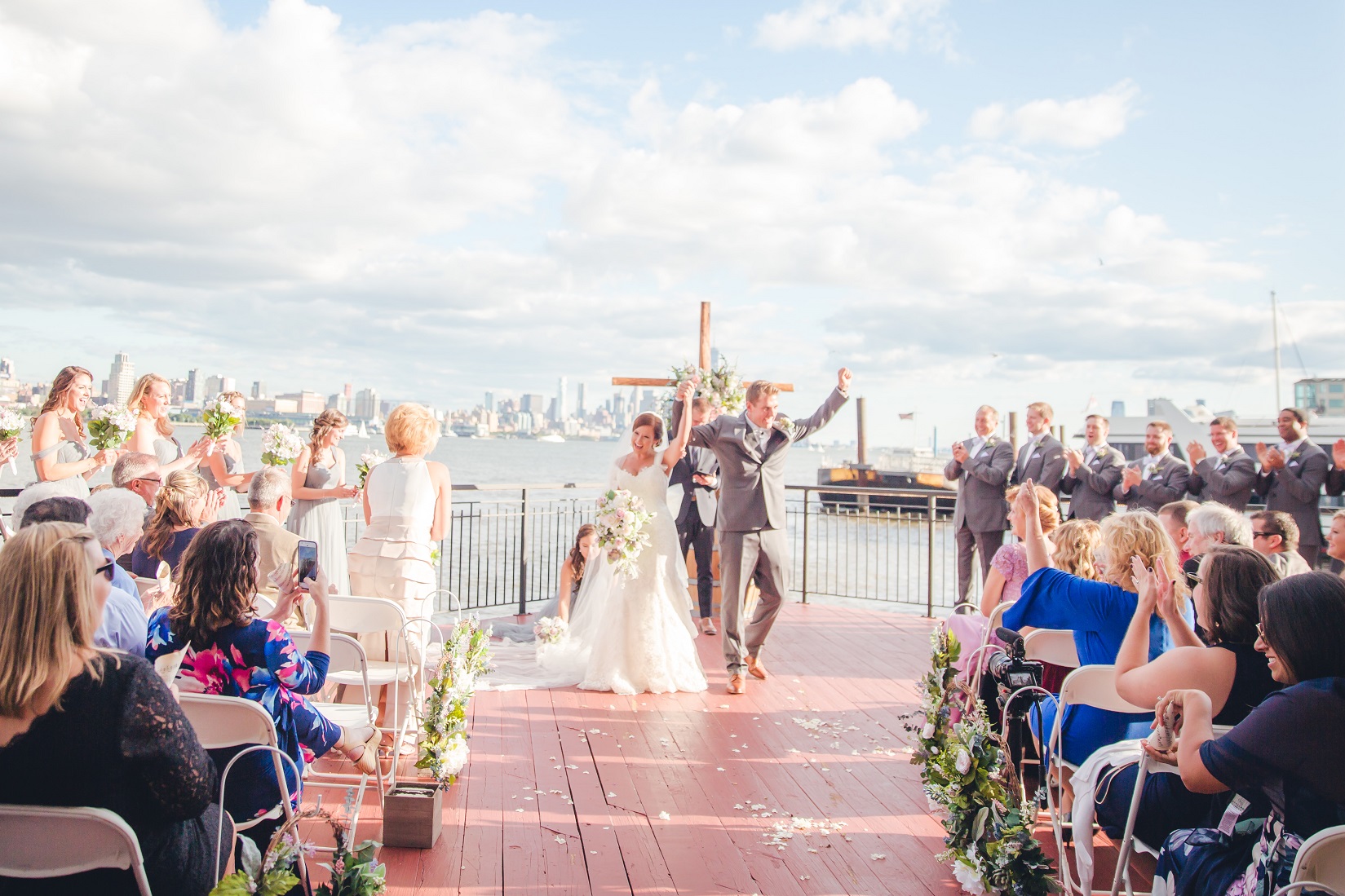 “During a series on relationships and dating, Pastor Chris challenged us to ‘stop expecting a different result when we keep doing the same things in relationships,’ and to maybe consider where we were trying to meet people and to look around the room of our church instead,” said Nate. “Alyssa saw me for the first time and joked with her friend that I was the one. She was surprised when a few Sundays later, a mutual friend (Rachel Norris) unexpectedly introduced us right after the service.

“We happened to see each other again after Worship Night (now called Night of Prayer), when a huge group from church decided to go out together following the service. I asked her out that night and our first date was at the Hoboken Arts and Music Festival after church. We spent the whole day together. We got engaged in Charleston on 2/2/17, and after dating for four years, four months and four days, we were married in Weehawken on 9/9/17.” 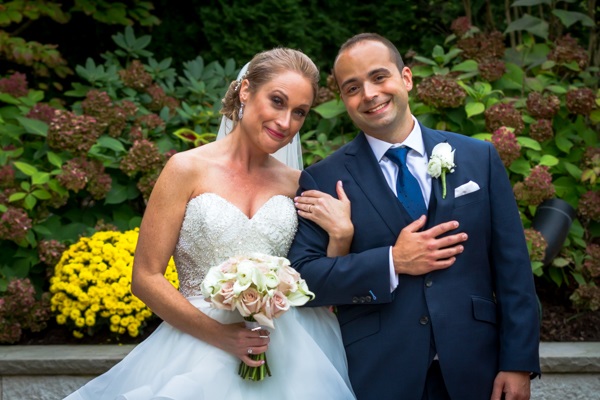 Rachel and Jonathan met at the end of 2015, after Nick Lenzi, one of Rachel’s friends and co-workers, told Rachel he thought they should meet. So Rachel did what any girl in this day and age would do: She searched for Jonathan on Facebook, then sent him a friend request.

Jonathan thought it was odd that someone he had never met in real life would ask to “be his friend” on Facebook. But after noticing they had several friends in common, Jonathan did what any guy in this day and age would do: He accepted the request so he could look at more of Rachel’s pictures.

It wasn’t long before they ended up at the same connection event. Jonathan had a feeling Rachel would be there, so he asked a mutual friend to introduce them. After meeting Rachel, Jonathan said, “So you’re the one who asked to be my Facebook friend before actually meeting me in person!” Completely mortified, Rachel said, “Oh yeah! My friend Nick said we should be friends, so I said, ‘Why not?’ ”

The conversation was so awkward that they didn’t speak again for months — until they ran into each other at another connection event. Little by little, they got to know each other after Rachel joined Jonathan’s volleyball league. Then one day, Jonathan finally asked Rachel out to lunch.

After a few dates, they decided they wanted to pursue a relationship. They were both attracted to how much the other person loved God and loved other people. Now if only they liked the same baseball team… 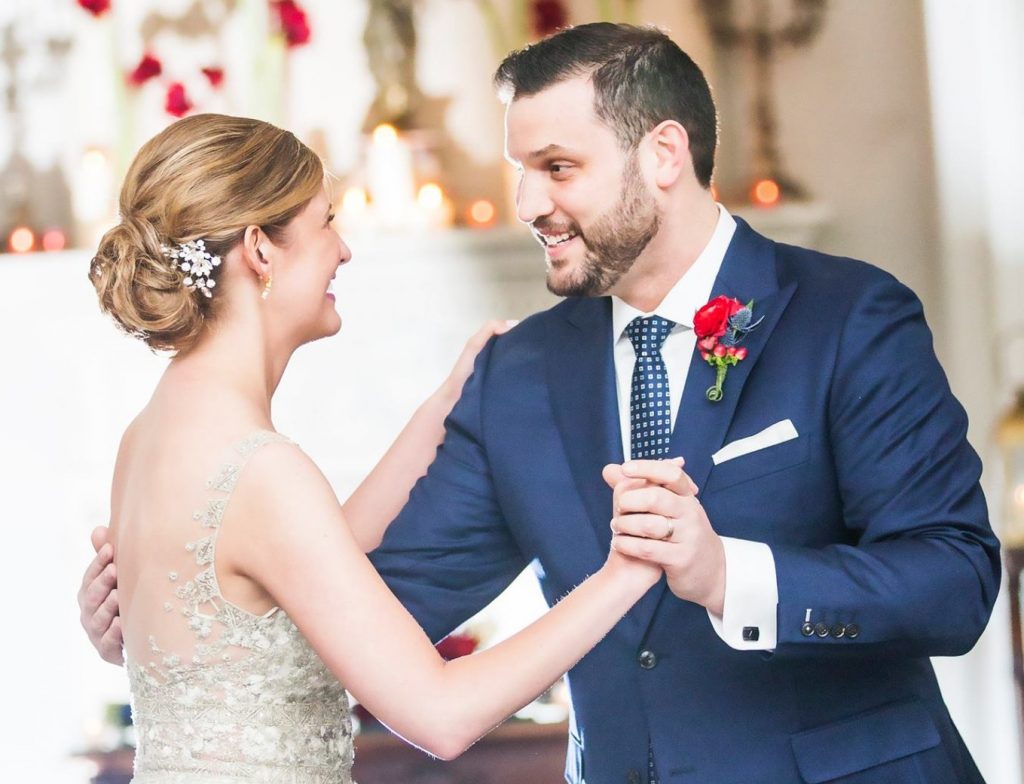 “Rob and I met in the summer of 2015, shortly after I had moved to Hoboken,” said Jen. “We were first introduced at one of the first choir info meetings, and Rob was the only man in the choir that time around. We were very good friends and eventually started dating in the summer of 2016.”

They got married on Feb. 2, coincidentally, the weekend of Hoboken Grace’s 10th birthday celebration.