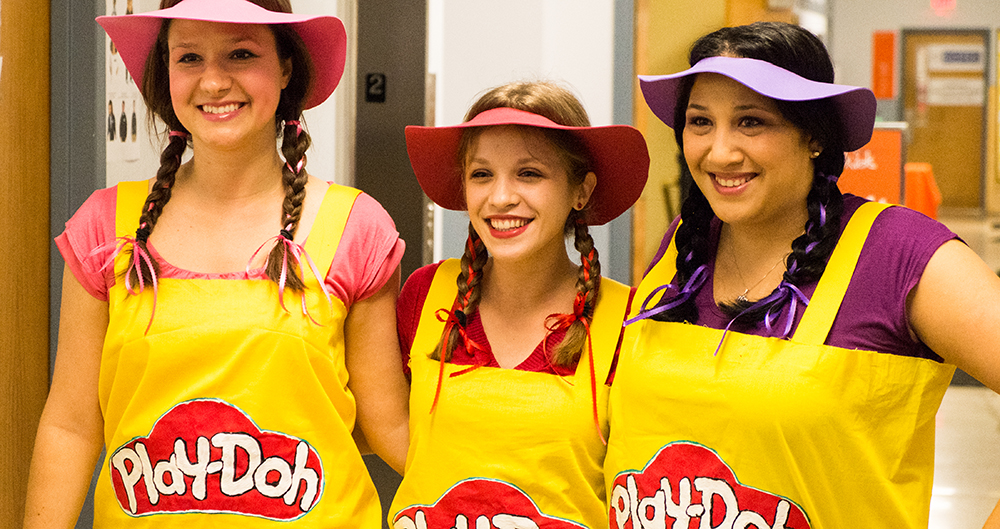 And while these little ones have waited weeks for Grace Kids’ Costume Party, their teachers are just as excited. They, too, have spent weeks thinking about their costume.

Take the 3- and 4-year-old classroom teachers, for example. This year, they thought it’d be fun if they all dressed as sheep. So several weeks ago, they got together at one teacher’s apartment for some crafting and brunch. Sitting across the living room floor, they planned out what the costumes would look like, snipping white T-shirts, spraying on adhesive and attaching clumps of cotton stuffing.

“We had a lot of fun being silly and throwing around the fluff material we used,” said Breann. 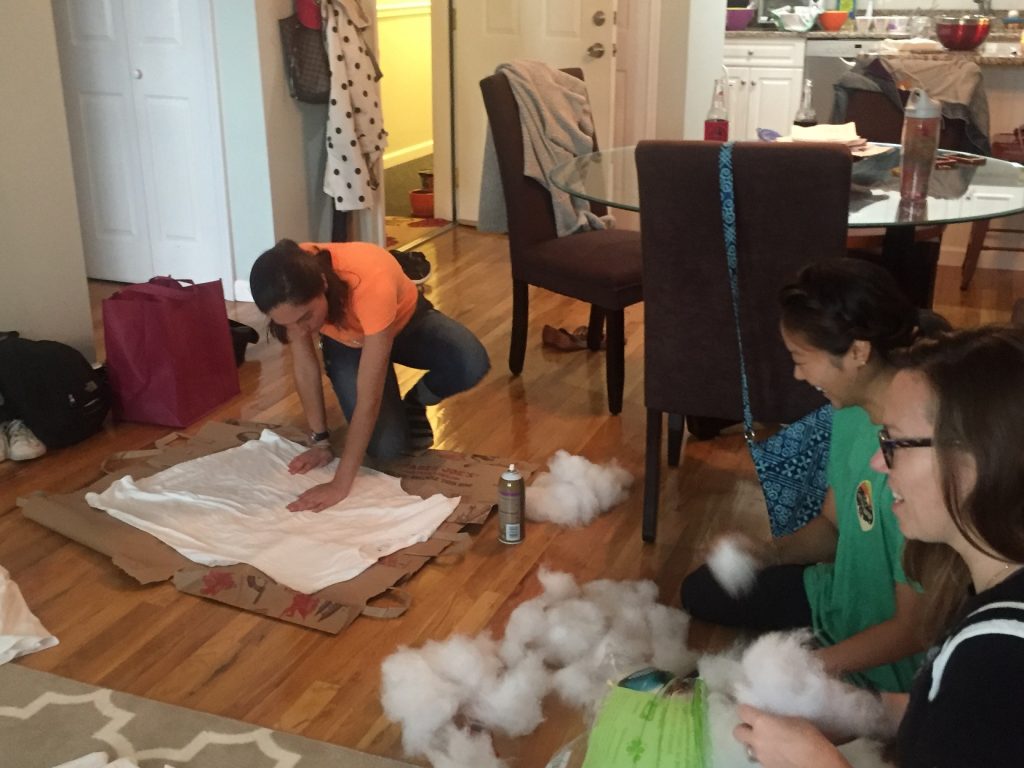 The Grace Kids Costume Party is a tradition that dates to around 2010. But more recent is the tradition of Grace Kids teachers making their costumes. On the one hand, it’s an opportunity for the teachers to get together outside the classroom. But it’s also an opportunity to make the kids laugh and, in some cases, feel less shy – especially if the teachers dress as something they can relate to. In the past, some teachers have taken that to heart, dressing up as familiar items such as Play-Doh and Goldfish crackers.

“We can laugh at their costumes, but most of the time, at that age, they don’t really understand,” Courtney, one of the teachers in Grace Kids, said in a blog post last year. “Unless you’re Elsa, they don’t know who you are. And they don’t really care. But if you’re a Goldfish, or if you’re Play-Doh or something that they recognize, I think it makes the situation even more fun.” 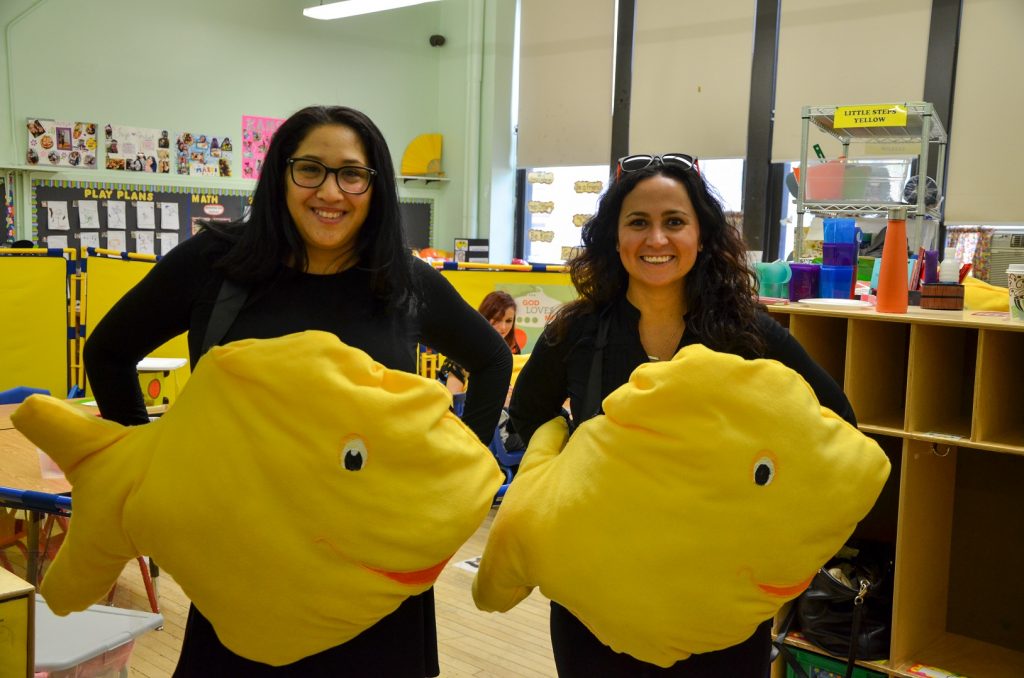 As for the teachers in the 3- and 4-year-old classrooms, they can’t wait to see what the kids think of their sheep costumes.

“I don’t think they expect us to come in really dressed up,” said Kasey. “I think they’re going to be really excited to see us go all out.”

And of course, the teachers can’t wait to see the kids’ costumes as well.

“They get so excited to dress up and tell us who they are,” said Breann.

The Grace Kids Costume Party will take place during first and second service on Sunday, Oct. 29. All kids are invited to come in costume!